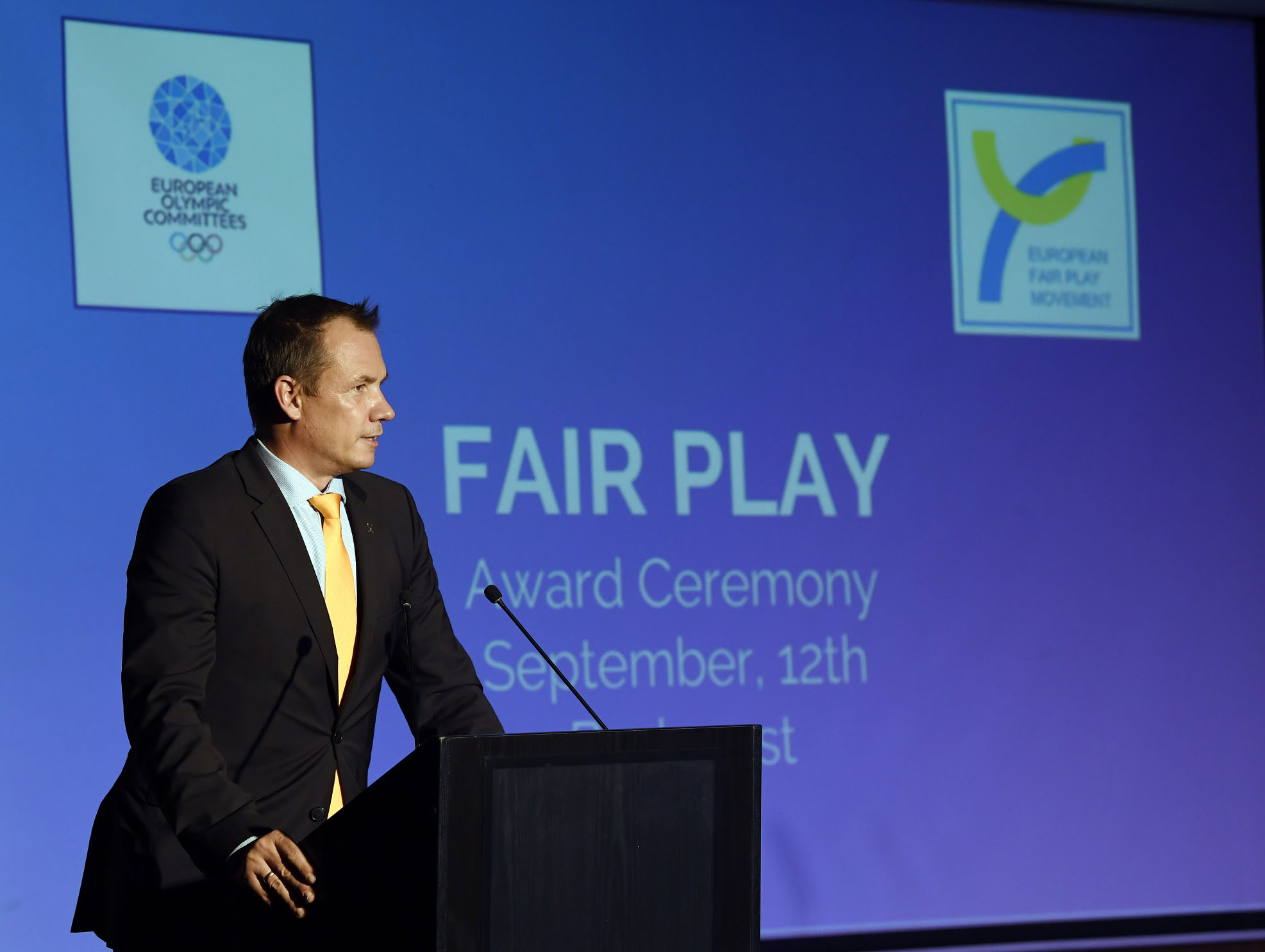 An elegant gala dinner was organised in the heart of the 2019 European Sport capital with the aim of celebrating the 25 year-commitment of the EFPM in promoting ethical values of sport.

As part of the “Fair Play Days” from 12-13 September, the ceremony also rewarded the Laureates of the European Fair Play Awards 2019, which are held under the auspices of the EOC.

“The annual announcement of the European Fair Play Awards under the patronage of the EOC highlights our common mission and aims to pay tribute to the laureates for their dedication as Fair Play Ambassadors,” said EFPM President Christian Hinterberger.

On the occasion, the EOC was represented by President of the Hungarian Olympic Committee (HOC) Krisztián Kulcsár, who awarded a commemorative plaque to Hinterberger on behalf of EOC President Janez Kocijančič.

Kocijančič also sent his wishes in a letter: “Please allow me to take this opportunity to congratulate you on your commitment towards the cause of Fair Play. As you know the Olympic Movement shares and in itself promotes the same important objectives, and is at the side of the EFPM in working to ensure that sport can contribute to a better tomorrow, for the youth of Europe.”

Established in May 1994, EFPM holds its Congress every year. The number of corporate members has increased up to 40 and formal cooperation with international and European sports organisations has been enhanced through relevant Memorandum of Understandings over the years.