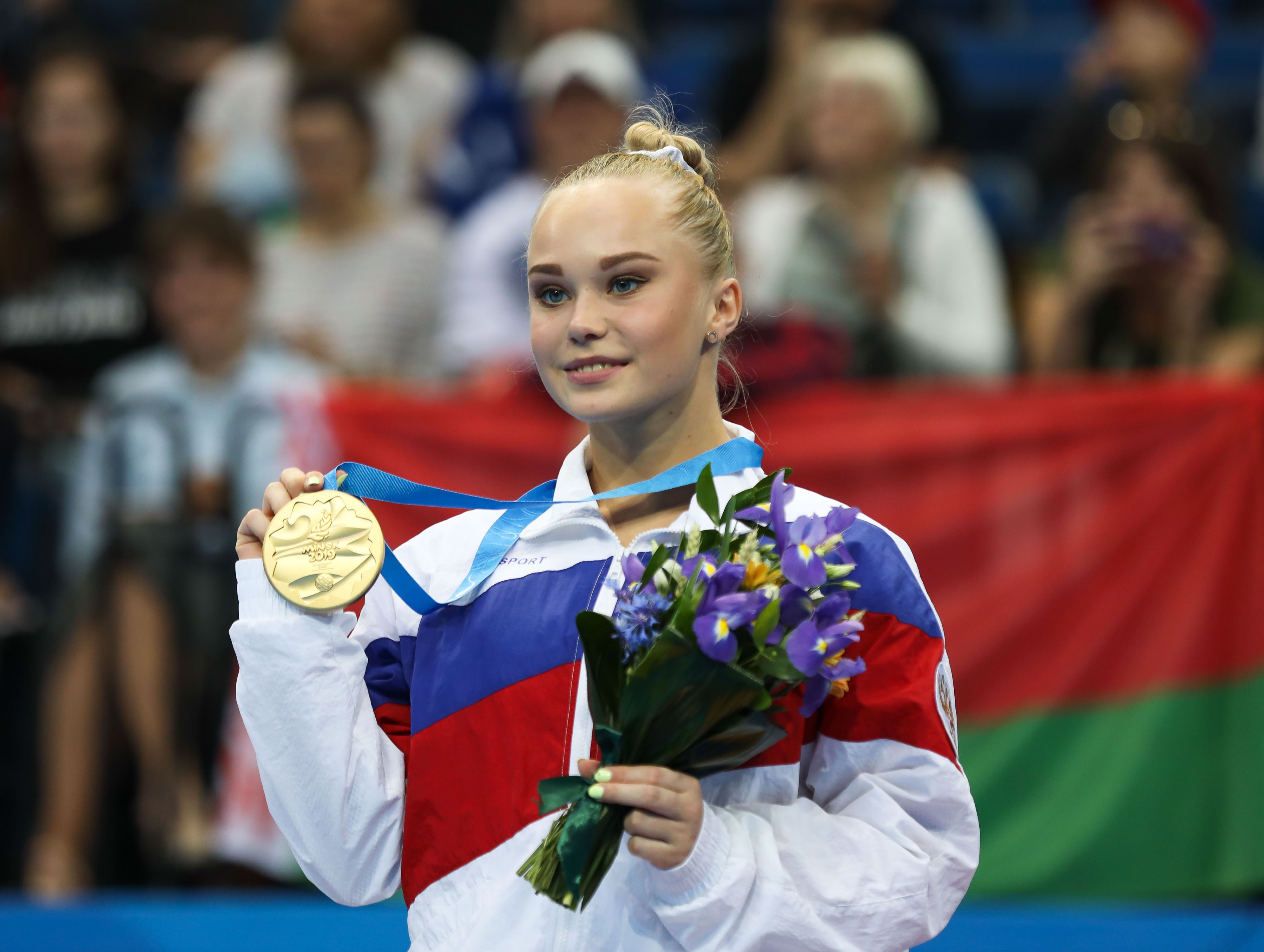 Angelina Melnikova, a two-time Russian national all-around champion and the 2019 European Games Women’s All-Around Champion, is amongst the three elite athletes, whose life and career have intrigued the Olympic Channel.

Melnikova, together with United States’ Morgan Hurd and China’s Chen Yile, is the protagonist of ‘All-Around’, the behind-the-scenes documentary series launched by the IOC’s Olympic Channel on 6 August.

Character-driven and full of personality, All Around follows the personal journeys of these three elite gymnasts in real time over the course of a year on their road to Tokyo. In particular, Russian artistic gymnast’s journey included the most important event for European athletes ahead of the Olympics: the European Games.

The Olympic Channel covered Melnikova in Minsk, Belarus where she shined and added four medals (two gold and two silver) to her collection. Her personal life, training regimens and competitions were and will be in the spotlight of the Olympic channel throughout the year, culminating in the Japanese capital in 2020.

“I’m so excited about this series,” said the 19-year old girl, who is already a team silver medallist at Rio 2016. “The cameras will be following me everywhere, and I’m really looking forward to sharing what it’s like to be a top gymnast. Especially in such an important year ahead of Tokyo 2020!”