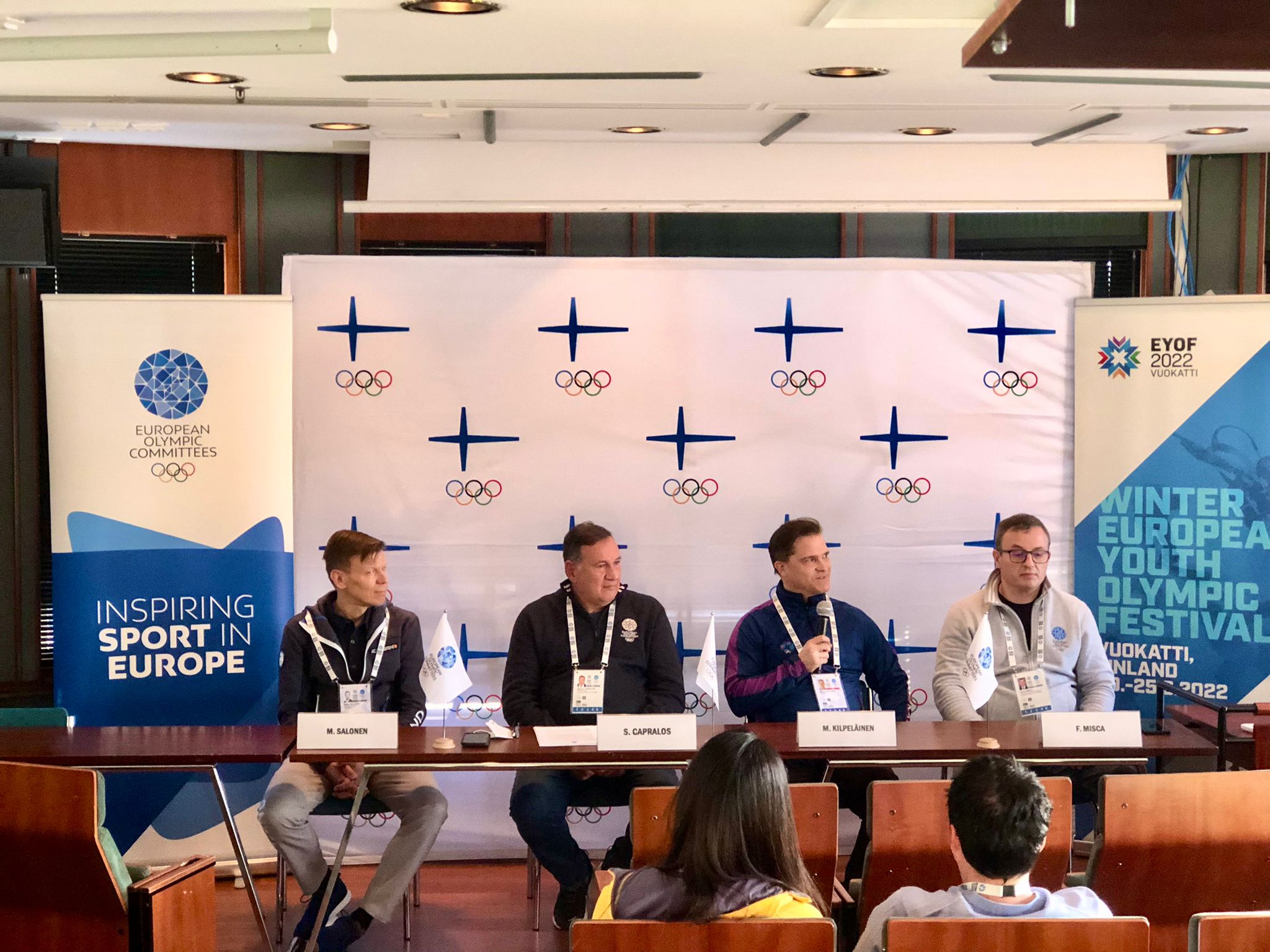 As the Winter European Youth Olympic Festival (EYOF) in Vuokatti fast approaches, the European Olympic Committees (EOC) together with the Finnish Olympic Committee and the Mayor of Sotkamo expressed the importance and meaning of the event.

”The EYOF was last held in Vuokatti 21 years ago. Since then, significant progress has happened to make the event more dynamic, exciting, and most importantly more equal,” said EOC President Spyros Capralos. ”The EYOF in Vuokatti is the first edition, summer or winter, to ever have gender balance, thanks to the inclusion of girl’s ice hockey and nordic combined.”

”As the situation in Europe is not at its best right now, it is more important than ever to show love and care to each other. Many different NOCs have helped so that the Ukrainian athletes could compete in the games. I want to thank all NOCs for their solidarity in this difficult situation, particularly the Finnish Olympic Committee for their generosity. It is great to be reminded that sport unites people, especially in very difficult times like these,” added Capralos.

The Finnish Olympic Committee and leaders from the Municipality of Sotkamo, where Vuokatti is located, have highlighted the importance of the competition to the region. ”The value of this event is enormous to Sotkamo, the Kainuu region, and also to the country of Finland,” said the Mayor of Sotkamo Mika Kilpeläinen.

Mikko Salonen, the CEO of the Finnish Olympic Committee, shared Kilpeläinen’s sentiments, adding, ”It is important to Finland to organise big events. This is now the fourth time that a multisport event under the Olympic title is organised in Finland. Vuokatti is known for its beautiful nature and sport is close to local peoples’ hearts.”

The Opening Ceremony of the Winter EYOF Vuokatti 2022 will be held on 20 March at 20.00 in Vuokatti Arena. During the evening, 44 NOCs will come together during the flag parade, ceremonial speeches will be delivered, and Kajaani Dance will perform the official event dance based on the official song of the event “Long in to the Night”.

The first sporting competitions then begin on the morning of 21 March, when the 1,500m short track competition takes place.