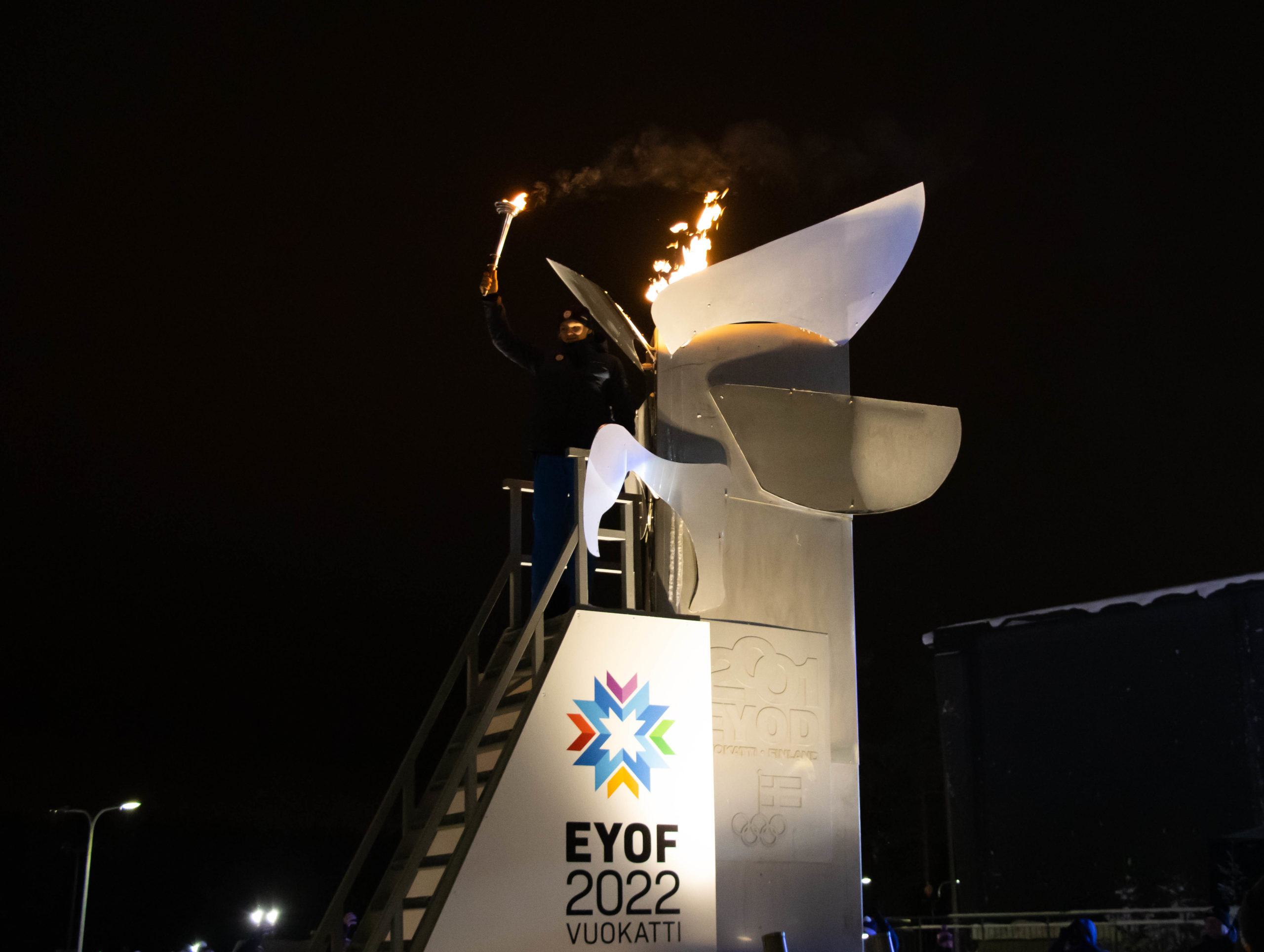 The event kicked off with welcome addresses from Mika Kilpeläinen, Mayor of Sotkamo; Mikko Salonen, CEO of the Finnish Olympic Committee; and Florin Misca, Chair of the EOC Coordination Commission for the EYOF 2022.

The boy’s ice hockey tournament is underway from 13-17 December to ensure all the top teams of Europe can participate, with the the main EYOF 2022 event set to follow in three months’ time (20-25 March 2022).

Vuokatti will host the EYOF for a second time, having first held the event when it was known as the European Youth Olympic Days (EYOD) twenty years ago.

As part of the opening ceremony, the official theme song of the event, “Long into the Night,” was played and the official dance of the competition created by Kajaani Dance was performed.

It also featured a parade of the participating teams, led by flagbearers Rodzers Bukarts from Latvia, Adam Dvorak from Czech Republic, Nikolaj Tishkevich from Belarus, Aleksander Pelevin from Russia, and Aleksanteri Kaskimäki from Finland.

The celebrations culminated in the lighting of the cauldron outside the arena in Vuokatti using the “Flame of Peace”, which was first lit in Rome last weekend. The torch, which is the same one used for the EYOD in 2001, was carried to the arena by snowboarder Veera Immonen and former ice hockey player Arto Sirviö, who represented Finland at the 1984 Winter Olympic Games in Sarajevo. While the cauldron was finally lit by local hockey star Lenni Hämeenaho, who will play in the tournament for Finland this week.

All of the games can be watched live on the EOC Channel at https://eyof.tv/ and tickets are still available at www.eyof2022.fi