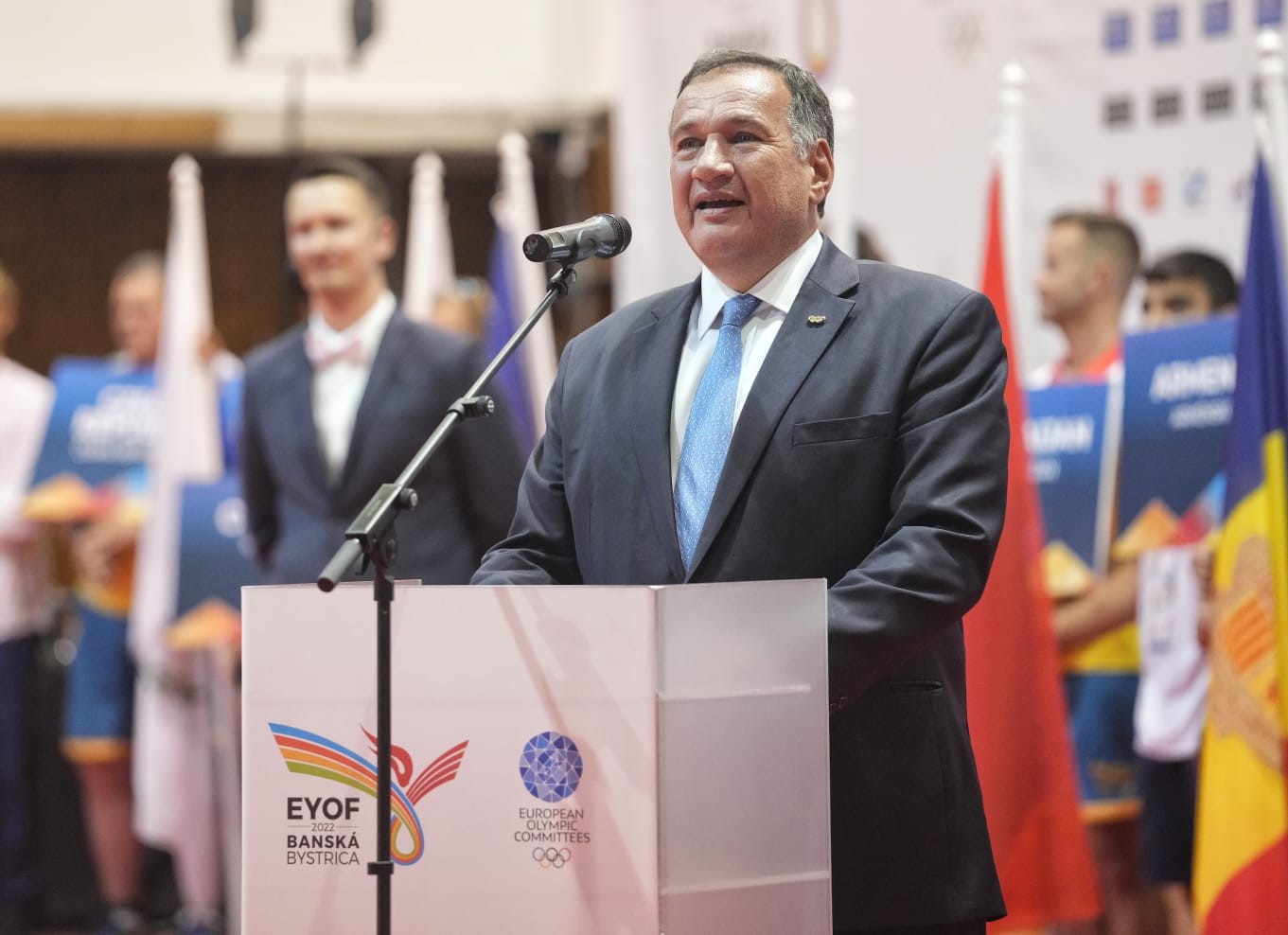 EYOF Banská Bystrica 2022 ends with history being made in multiple events, record breaking viewing figures and a focus on gender equality

The 16th Summer European Youth Olympic Festival (EYOF) Banská Bystrica 2022   has come to an end. Seven days of unforgettable action, including a variety of incredible performances by young athletes across ten sports, were witnessed in Slovakia.

The conclusion of EYOF Banská Bystrica 2022 took place at the Closing Ceremony this evening, which was moved to the judo venue in the Sports Park in Banská Bystrica due to the unfavourable weather conditions.

President of the European Olympic Committees (EOC) Spyros Capralos thanked the athletes, organisers and volunteers for their efforts at EYOF Banská Bystrica 2022 at the conclusion of the successful event: “Our young athletes have set records, created memories, and made friendships that will live long into the future. This is the true essence of this magical event. After watching your brilliance this week, I have no doubt I will see many of you compete at the Olympic Games, perhaps even here in Europe when the Games come to Paris!

“I want to thank our friends here in Slovakia for giving our young stars the chance to shine. From your warm hospitality to the outstanding venues – everything here has been of the highest quality. And a big thanks to the 1,300 volunteers! Your commitment and passion were essential to the success of the EYOF, and this week would not have been possible without you,” stated the EOC President.

Capralos also reserved words of praise for the members of the European Young Olympic Ambassadors Programme, which included 22 first time ambassadors and five alumni. “Finally, to our European Young Olympic Ambassadors – you have made sure this event goes far beyond on-field competition. Your creativity and drive have ensured the Olympic values of excellence, solidarity, friendship, and respect were spread to our athletes here in Banská Bystrica. We should all be proud of what we achieved this week. An event that has brought our continent together, in a peaceful competition. On this note, I declare the European Youth Olympic Festival Banská Bystrica 2022 officially closed! With that, the countdown begins to EYOF Maribor 2023 – I can’t wait to see you in Slovenia next year!”

Over two 2,000 young athletes participated across ten sports at EYOF Banská Bystrica 2022, with a near equal split of 1,128 girls and 1,126 boys competing. The Local Organising Committee was delighted to see so many talented young men and women take part in the largest multi-sport event ever organised in Slovakia.

President of the EOC Spyros Capralos highlighted that Banská Bystrica has moved EYOF to a higher level. “It was a remarkable demonstration of the future sporting potential of Europe, which I believe has really shone on the continental stage. We saw records broken, both on and off the sports fields, as well as making history in the form of milestones, such as the first ever EYOF medal for Malta. EYOF has always successfully contributed to the unification of Europe through sport and the promotion of Olympic values ​​among young athletes and fans. However, at this year’s EYOF, we went one step further. Throughout the week, footage from great sports performances went out into the world via the EOC streaming channel, with more than 130,000 unique viewers enjoying 93,000 hours of live streaming. This makes this EYOF the most watched ever with over 700,000 views. We are very proud of this achievement and thank our friends here in Slovakia for making this EYOF an event that will leave a long-lasting impact on European sport,” stated Capralos, who is also IOC Member and President of the Hellenic Olympic Committee.

Malta – one of the smallest countries in Europe – won its first ever medal at an EYOF event, thanks to an incredible performance from Matthew Galea in the boys 400m final. Galea, who posted a personal best time of 48.84, was only 0.2 seconds behind silver medallist Fabian Vidal from Spain in an iconic race that will live long in the memory for those in attendance.

Denis Cutcovetchi won the bronze medal in the boys shot put at EYOF Banska Bystrica 2022. His result was 15 m 93 cm. This is the best performance achieved by the young athlete from Camenca, Republic of Moldova.

Cutcovetchi followed the family tradition, started by his father Vladislav, of competing in shot put at a young age. Vladislav competed at the previously named European Youth Olympic Days event in 1995, which took place in Bath, England. His father will be proud to see the Cutcovetchi name come away from an EYOF event with a medal!

Italian duo Riccardo Villa and Arianna Grillo create history by winning gold in the first ever mixed artistic gymnastics competition at an EYOF event. “Competing in this new format was very exciting. I learnt a lot from watching the opposite gender perform their routines,” expressed Villa. His partner, Grillo said, “It was interesting to compete against the boys, I’m grateful that I had the opportunity to participate in this event for the first time at the EYOF here in Slovakia.”

Salomon Thomasen of Denmark and Finnish shuttler Nella Nyqvist both came out victorious at the Baseline Sport Arena to win the boys and girls badminton singles tournaments. In doing so, they have now qualified for the European Games Krakow-Malopolska 2023.