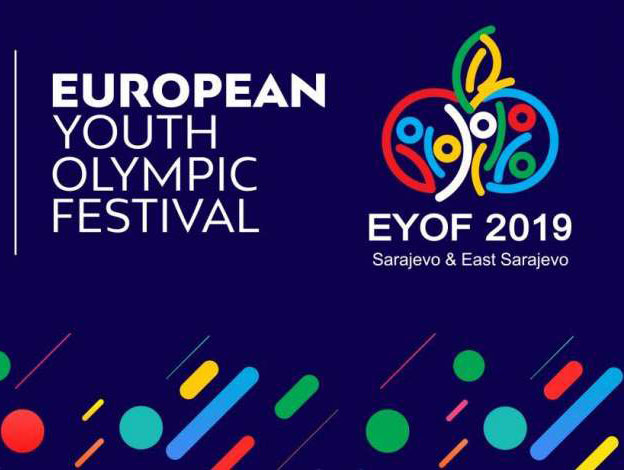 EYOF Sarajevo & East Sarajevo – What You Need To Know

Today marks 10 days to go until the start of the Winter European Youth Olympic Festival (EYOF) in Sarajevo & East Sarajevo, and anticipation is building across the continent.

To give you a better idea of what to expect at the EYOF this 10-15 February, we’ve provided the latest facts and figures, as well as quotes from athletes, organisers, volunteers and more below.

1,600 = The number of young athletes between the ages of 14 and 18 who will compete in Sarajevo & East Sarajevo

46 = The number of countries from around Europe that are expected to be represented at the Winter EYOF, making this the biggest international Olympic event in the area since Sarajevo hosted the Winter Olympic Games in 1984

1,200 = The number of volunteers that will help to make sure everything runs smoothly at the EYOF

0: The cost of tickets to the Opening Ceremony. Yes, they’re free!

“I am very pleased that after so many years, the spirit of the Olympic Games has returned to Bosnia and Herzegovina, and that our country has once again become the host of a very important event. EYOF is primarily a great opportunity to get to know young people from all over Europe who share hobbies and interests.” — Selina Memić, Bosnian national team snowboarder who will compete in Sarajevo & East Sarajevo

“This is another great symbol of what sport can do and how it can build bridges. In these times, our influence is more relevant and needed than ever before.” — International Olympic Committee (IOC) President Thomas Bach

“I think that the EYOF is a huge chance for our two cities, as well as for our country, which will finally have an opportunity to shine in the brightest lights. On a personal level, the EYOF has already changed my life with all the experiences that I have gathered up to now. I am most proud of the people that I have met – my manager, her assistants, and all the other volunteers who have become great friends.” — Din Pehlivanovic, volunteer.

“This will be the first multi-sports event held in the area since the Olympic Winter Games Sarajevo 1984, and to say it means a lot to the people of Bosnia Herzegovina is an understatement. The motto of the Games is “Two Cities, One Dream,” and we are very pleased to be part of the rebuilding process, both in terms of human and sporting legacy.” — Janez Kocijančič, European Olympic Committees (EOC) President

“During our first visits here, we noticed that many of the sports venues were in ruins. After the war they were not looking very good. But now thanks to the EYOF, some money has come in for the reconstruction of the venues and it will definitely help build a legacy project in terms of infrastructure. All the new venues in biathlon, cross-country skiing, the outdoor venues … all these things will stay here for many, many years after the EYOF is gone.” — Josef Liba, EOC Coordination Commission Chair

“In addition to the human legacy, we are using this festival as a very important tool for the sport community in our country. We hope that after showing that we can organise a successful EYOF, we will get more opportunities to host other big festivals, tournaments and races from hockey to alpine skiing. And we are happy for this challenge.” — EYOF Director Senahid Godinjak