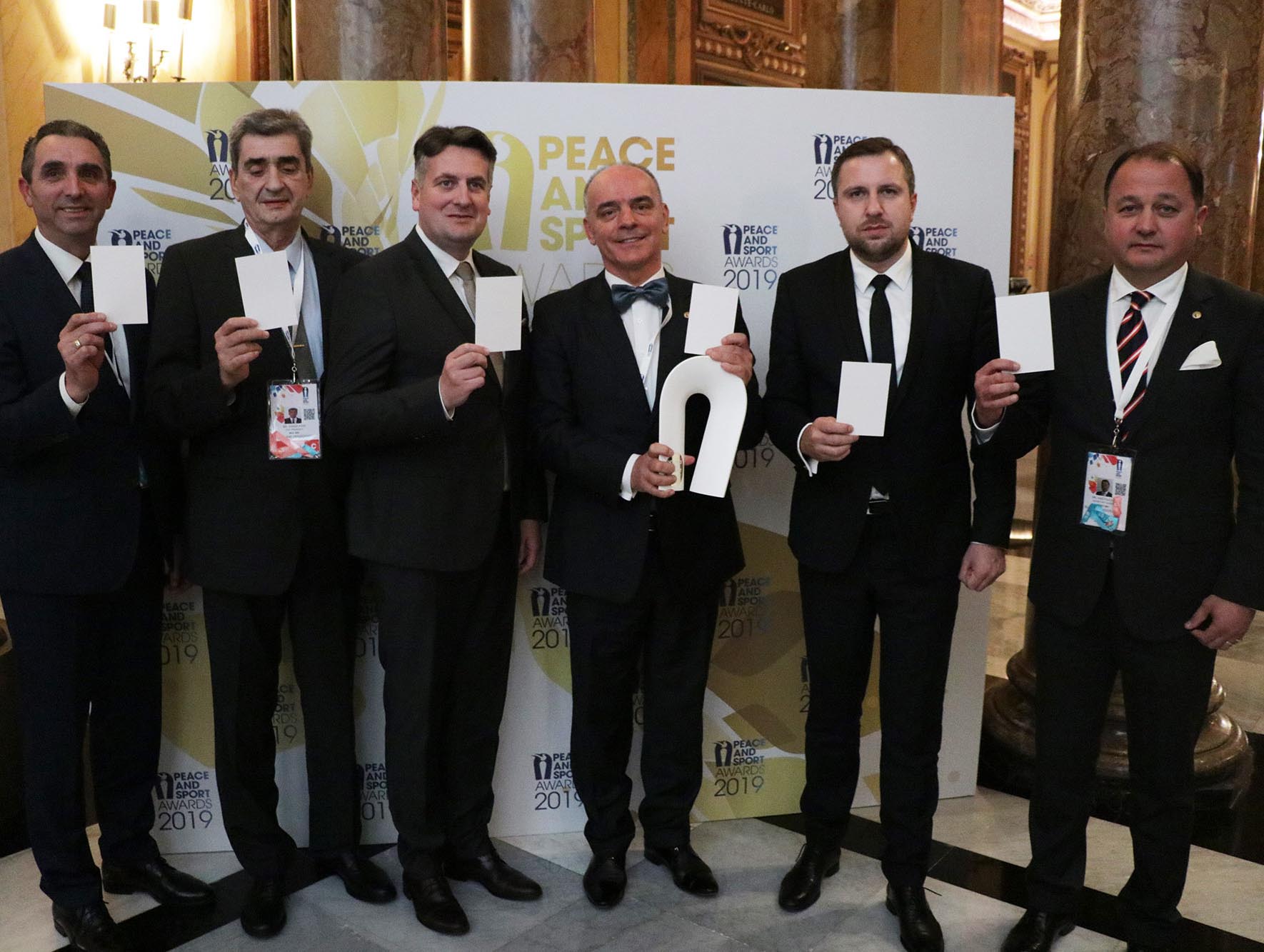 The European Olympic Committees (EOC) is honoured to announce that the Olympic Committee of Bosnia and Herzegovina and the cities of Sarajevo and East Sarajevo have won the coveted “Peace and Sport” Diplomatic Action of the Year award for their joint efforts in staging the successful 14th Winter European Youth Olympic Festival (EYOF) this February.

“We are proud that the Olympic spirit has returned to our country. We are honoured that the slogan ‘two cities one dream’ has become a reality,” NOC President Rado said after receiving the award.

“We send our appreciation to EOC President Janez Kocijančič and the whole European Olympic family for believing in us and for supporting the organisation of the EYOF Sarajevo and East Sarajevo 2019,” he continued.

In a congratulatory message sent on behalf of the Olympic Movement of Europe, EOC President Kocijančič said: “The EYOF once again demonstrated that peace, harmony and hope for a better future begin where sport and youth converge. We are proud of the NOC of Bosnia and Herzegovina and the cities of Sarajevo & East Sarajevo not only for winning this prestigious award but especially for showing the world that the country is very capable of hosting major events at the highest level when working together in harmony and with a single vision.”

“Seeing the two cities united in a common celebration of sport and peace, seeing so many people participating with enthusiasm and joy, is a source of pride not only for Bosnia and Herzegovina, but especially for the EOC and the entire Olympic Movement,” he concluded.

Peace and Sport Founder and President Joël Bouzou, who announced the winners, said the Winter EYOF had provided hope and inspiration to a new generation of young athletes in Bosnia & Herzegovina. 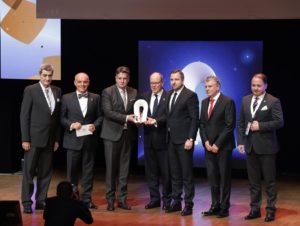 “The 14th Winter EYOF was the first international multi-sport event organised after the war and contributed to the reconciliation process of the country,” Bouzou said. “Through sport, all parties came together to create a safe and inclusive space, especially for the youth.”

“This event clearly highlighted the capacity of sport to reunite divided communities. The Peace and Sport Awards aim to spotlight such initiatives that use sport as a catalyst for peace,” he concluded.

The EYOF marked a historic moment for Bosnia and Herzegovina, illustrating willingness on all sides to embrace peace and friendship through sport and to work together for a brighter future. In total, 911 athletes from 46 European National Olympic Committees (ENOCs) took part in the multi-sport event for Europe’s best athletes between the ages of 14 and 18.

The EYOF was attended by the Chairman of the tripartite Presidency of Bosnia and Herzegovina Milorad Dodik and members of the Presidency Željko Komšić and Šefik Džaferović. As a result, a meaningful message of peace took place, with the three politicians joining the athletes during the Closing Ceremony to participate in a #WhiteCard campaign, highlighting the importance of sport in promoting peace.

The EYOF was the first international multi-sport event organised in Bosnia and Herzegovina following the Bosnian War (1992-1995). It provided all local communities with an opportunity to unite in a common celebration of sport, youth and peace. Sarajevo and East Sarajevo also received the Flame of Peace as the symbol of a brighter common future for all the participants.

Where once there was a strong sport culture, peaking with the Olympic Winter Games in 1984, the war destroyed much of the infrastructure, including sports facilities, depriving an entire post-war generation of having the opportunity to practice sport.

The EYOF therefore not only provided the local communities with a unique opportunity for reconciliation, but also a chance to rebuild sport venues and other infrastructure, while at the same time reigniting the long-held passion for sports among all citizens.

Created in 2008, the annual Peace and Sport Awards celebrate organisations and individuals who have made an outstanding contribution to peace, dialogue and social stability in the world through sport. From specific field programs to global initiatives, the winners spearheaded projects that are symbolic of sport’s capacity to reconcile divided or opposed communities.

More information on the awards can be found here.