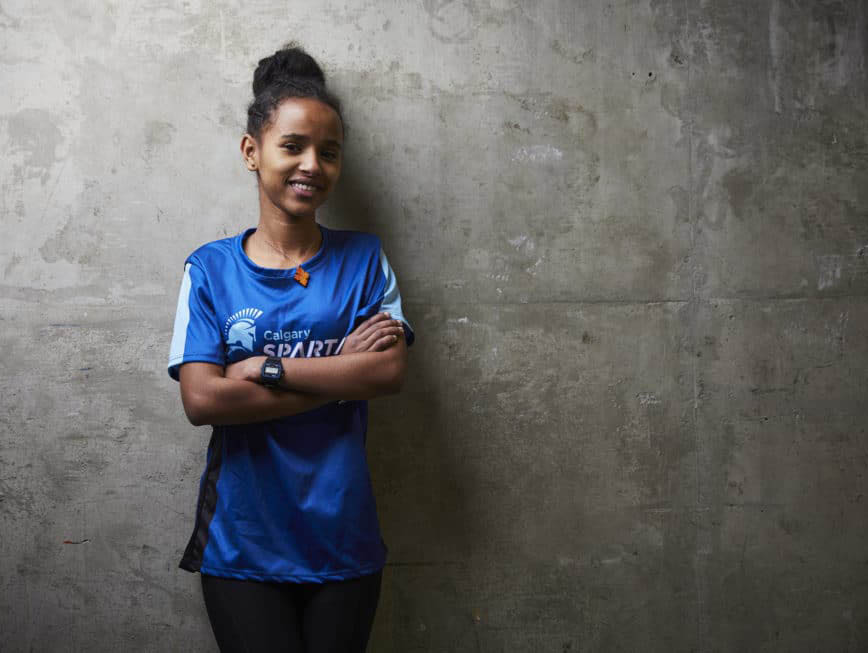 “When I run, I feel free. I forget everything and I concentrate on my run, and it makes me feel good.”

Nazret Kobodom, 16, is a rising long-distance running star in Calgary, Alberta, a young woman whose talent led her to compete in the European Youth Olympic Festival (EYOF) held in Baku, Azerbaijan, last summer.

It wasn’t that long ago in 2011 that Kobodom and her family were running from their village in Eritrea. Forced to flee because of human rights violations, the family faced a long, dangerous journey, finally seeking asylum in Israel.

“The journey was not easy,” Kobodom recalls. “I remember when we left Eritrea at night… We slept in the forest… After two days we walked into Sudan and after two weeks we went to Egypt to reach Israel.”

There are over 26,000 Eritrean asylum seekers in Israel, most escaping persecution in their home country. Few are awarded refugee status and lead a marginalized existence. UNHCR has been working with the Israeli government to find longer-term solutions for these asylum seekers, many of whom live in South Tel Aviv.

Kobodom was fortunate: she attended school in Tel Aviv, where, at age 11, teachers spotted her athletic talent in gym class and encouraged her to run in local competitions.

One of her friends told her about the Alley South Tel Aviv-Yaffo, a not-for-profit professional track and field club that empowers disadvantaged and marginalized children through sports. In 2016, Kobodom began training there almost every day.

Two years later she became the Israeli under-16 champion in the cross-country and 2,000 metre events. Then, in a dream come true in the summer of 2019, Kobodom competed at the EYOF in Azerbaijan. Proudly marching in the parade of nations in a European Olympic Committee (EOC) uniform, Kobodom was the first refugee athlete to compete under the EOC flag at an EOC event. 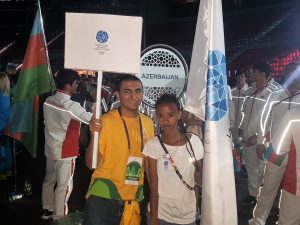 That same summer, Kobodom and her family boarded a plane for Canada, entering the country under the Canadian Sponsorship Agreement Holders program, which helps private organizations to sponsor refugees.

“Two days after Nazret arrived, I met up with her and we went for an eight-kilometre run. The first thing I said to her was, ‘Welcome to Canada,’ and that she didn’t have to worry: the Spartans Club will look after her,” says Deon Flynn, who, along with Jill Middleton, is Kobodom’s coach at the Calgary track and field club.

Although it was difficult for Nazret to leave all her friends in Tel Aviv — as well as learning to speak English and adapting to a much colder Western Canadian climate — she says she feels safe and protected in Calgary.

“My main dreams are to complete school with good grades and reach the top in running,” she says.

Running has been a constant in Kobodom’s young life, giving her goals, discipline and a sense of belonging in a world that is not always friendly to refugees. It wasn’t until she joined Alley Athletics in Tel Aviv that she felt she was treated “like everybody else, alike and equal.”

She’s discovering that same feeling in Calgary, enjoying the camaraderie with her teammates during a long run, despite the language barrier.

Running is a universal language in which she is a skilled communicator — and teacher. Coach Middleton explains: “I’ve learned that no matter what you’ve been through, you can still enjoy the peace of running and the support of athletes that comes from the running community.”

Adds Coach Flynn, “We all treat each other like family. Nazret is a beam of light and we are so happy she is with us.” 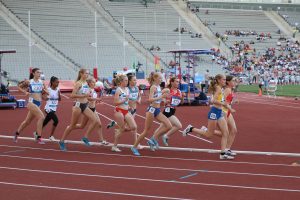