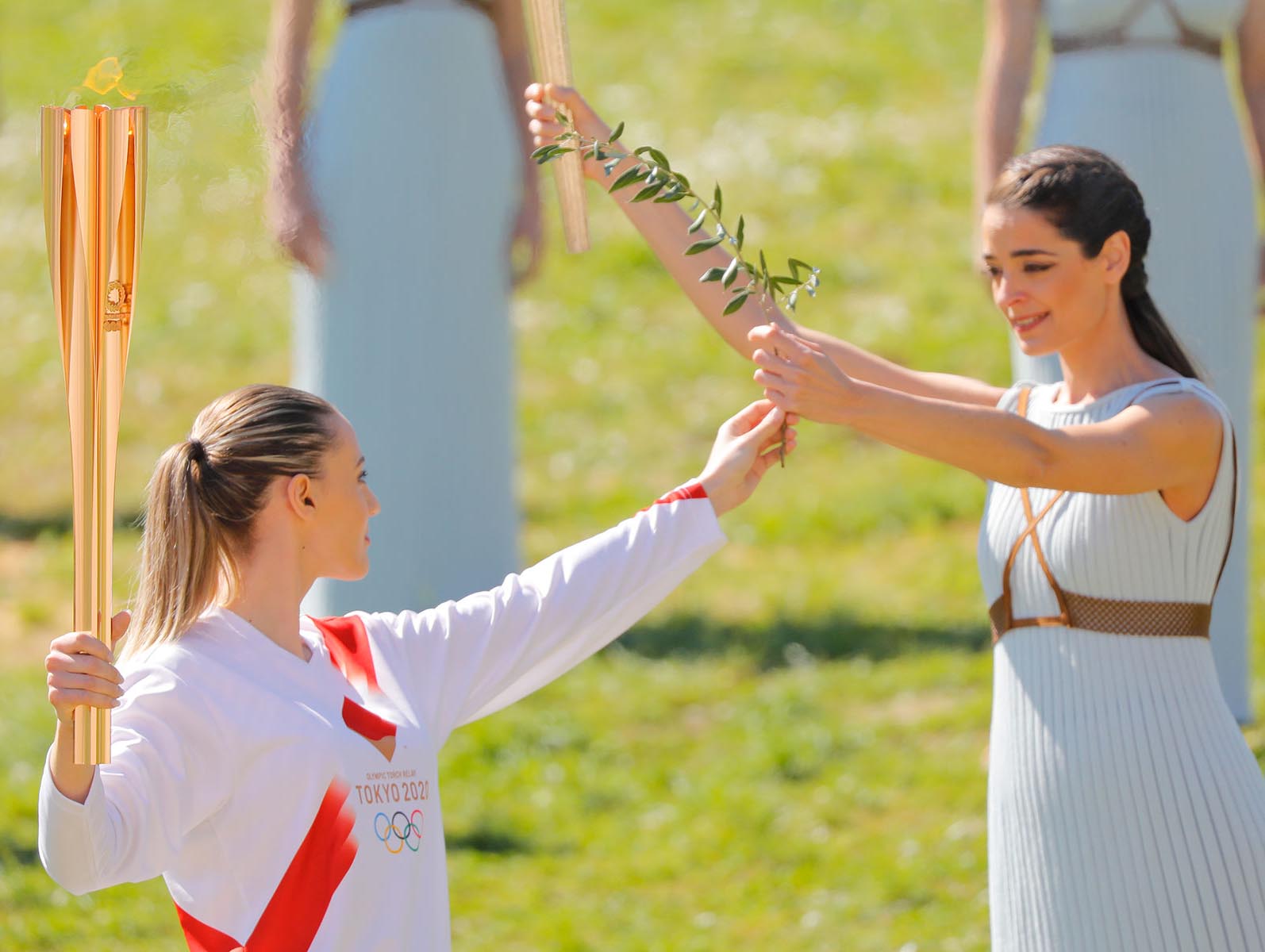 The flame for the Olympic Games Tokyo 2020 was lit today in ancient Olympia, Greece, marking the start of an international torch relay that will culminate at the Opening Ceremony on 24 July in the Japanese capital.

Held near the Temple of Hera, the traditional ceremony celebrates the Olympic Games Greek heritage, reaffirming the connection between the modern Games and their historic origins.

“Today, I had the honour to take part in the lighting ceremony of the Olympic Torch, which now is on its way to Tokyo, said EOC Vice President Niels Nygaard. “The Hellenic Olympic Committee, with its President Spyros Capralos, delivered a fantastic event which we in the Olympic Movement can be very proud of.”

One of the highlights of the event was Olympic gold medallist and European Games champion shooter Anna Korakaki becoming the first woman to ever start a torch relay. After the lighting by High Priestess Xanthi Georgiou, Korakaki received the flame in the Tokyo 2020 torch, launching the Olympic Torch Relay. It was then passed to Japanese athlete Noguchi Mizuki, the winner of the women’s marathon race at the Olympic Games Athens 2004.

“We are honoured that a European athlete was the first woman to start an Olympic torch relay. Anna is also a gold medallist from the European Games Minsk 2019, which makes us even prouder,” commented Nygaard.

The torch started a week-long tour of Greece before the Japan leg of the Olympic Torch Relay begins on 26 March.

Around 10,000 torchbearers will carry it through all 47 prefectures, incorporating 859 local municipalities, for 121 days, before arriving in Tokyo for the Opening Ceremony.

More information can be found on the IOC website here