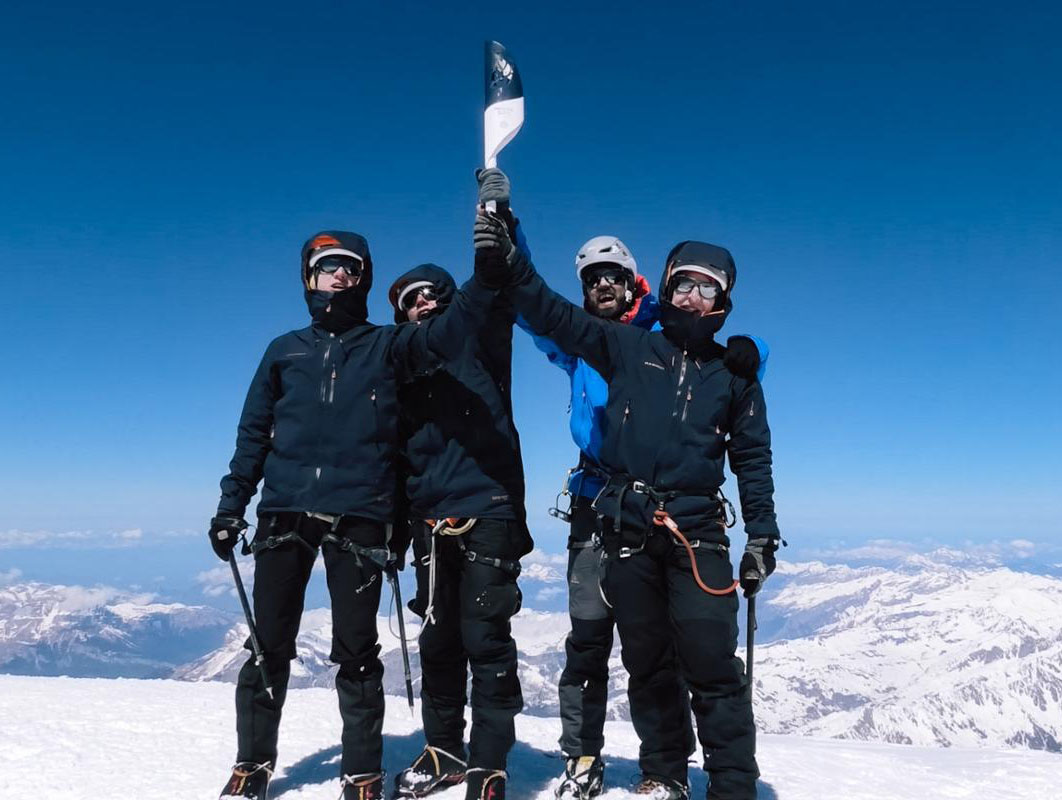 After being lit in Rome, going through Courmayeur, the Flame of Peace for the 2nd European Games Minsk 2019 reached the top of Mont Blanc on 7 May!

Belarusian climbers, led by Alexander Godlevsky, have successfully scaled the highest point of Europe – Mont Blanc! Regardless the difficult weather conditions, the brave explorers managed to raise the torch over the entire European continent.

“The weather served us a handful of surprises during the climb. There were very strong winds, which significantly slowed down our progress,” mountaineer Denis Zhidkov said. “We had to fight them with difficulty.”

“We had explored the route a lot beforehand so there were no surprises there. When we lit the torch at the very top, we immediately felt a sense of pride for the 2nd European Games, for our country and for ourselves. And, I won’t deny it, there was also a sense of happiness that we could now go back down,” Zhidkov also added.

Straight after the descent, the “Flame of Peace” was delivered to Courmayeur’s City Hall where the Belarusian delegation was again met by the mayor of the city, Stefano Miserocchi.

From there, the Flame was once again passed on to the bikers who took it to the next stop on the relay route – Ljubljana, Slovenia.