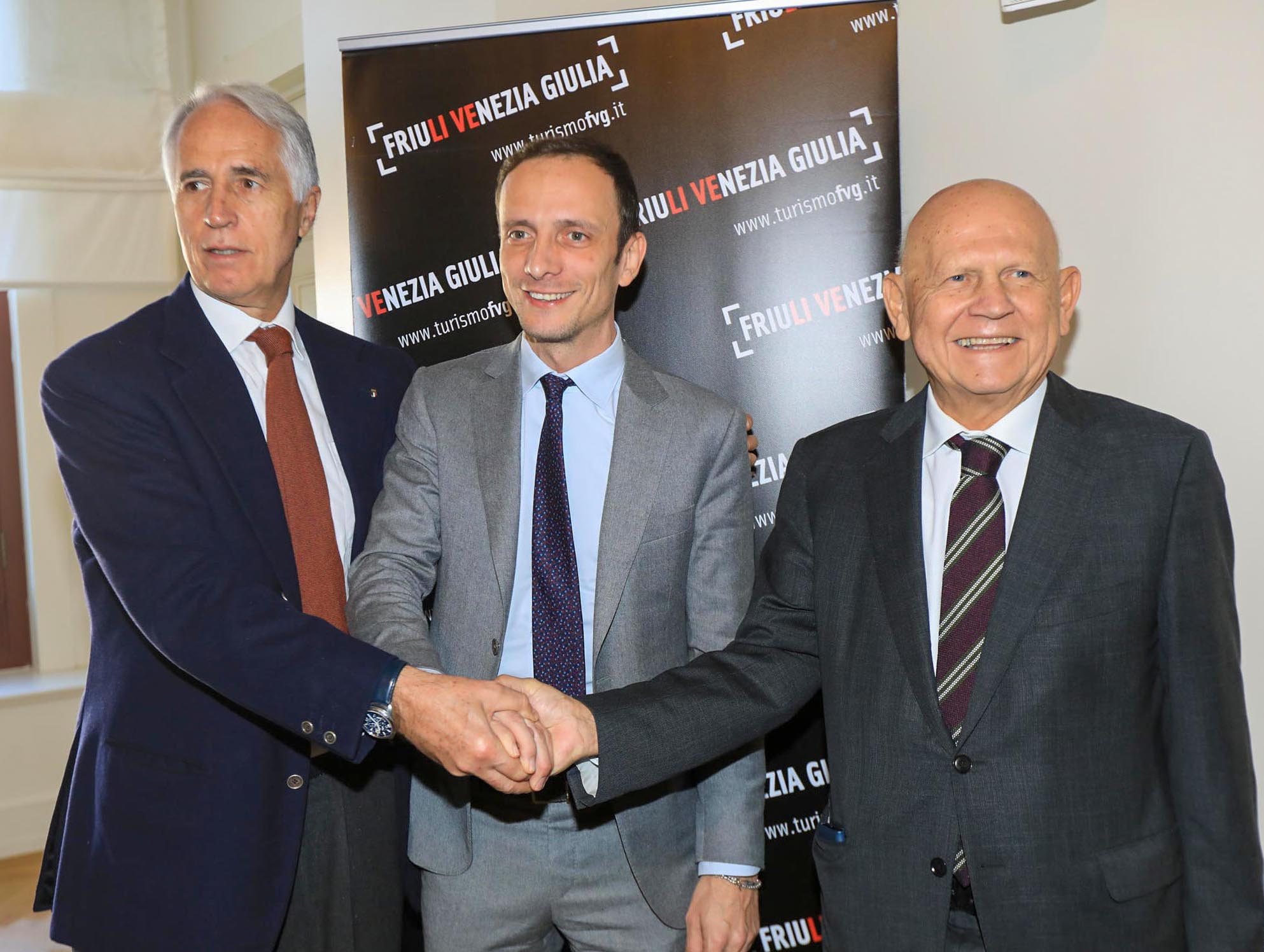 It’s Valentine’s Day and love is in the air. Love for youth sports, that is.

Friuli Venezia Giulia will host the 16th winter edition of the multi-sport event for elite young athletes aged 14 to 18.

“We are delighted to have signed the Host Contract for the 2023 Winter EYOF with a region of Italy that is steeped in winter sports tradition,” said Kocijančič. “We expect Friuli Venezia Giulia to deliver an excellent edition of the winter EYOF, the first in Italy since the inaugural edition held in Aosta in 1993. It will be a great celebration of our continent’s best young athletes and will showcase all that Italy has to offer just three years ahead of the Olympic Winter Games Milano Cortina 2026.”

The signing follows the official announcement of Friuli Venezia Giulia as the host of the Winter EYOF 2023 at the 47th EOC General Assembly in Marbella, Spain in November 2018.

“[FVG 2023] is perfectly in line with the vision of the Olympic movement: investing in the youth and our future,” said CONI President Giovanni Malagò. “The project of Friuli Venezia Giulia leverages indeed on this Olympic vision.”

“It will be a fruitful investment for the region, in terms of legacy of the facilities, but will also serve as a springboard for the young athletes in view of the Milano Cortina 2026 Winter Olympics. My special thanks go to the President of the region, Massimiliano Fedriga, and CONI Regional President Giorgio Brandolin, who strongly believed and worked hard in order to make this dream come true,” Malagò concluded.

President Fedriga said: “For us, this is an outstanding opportunity. It is thanks to events of this extent that sport can foster its values, serving as a tool for social inclusion and collective growth”

“Not only will we be able to introduce the beauty of Friuli Venezia Giulia to Europe, but we will also involve younger generations through sport, making them the driving force for development of the region.”