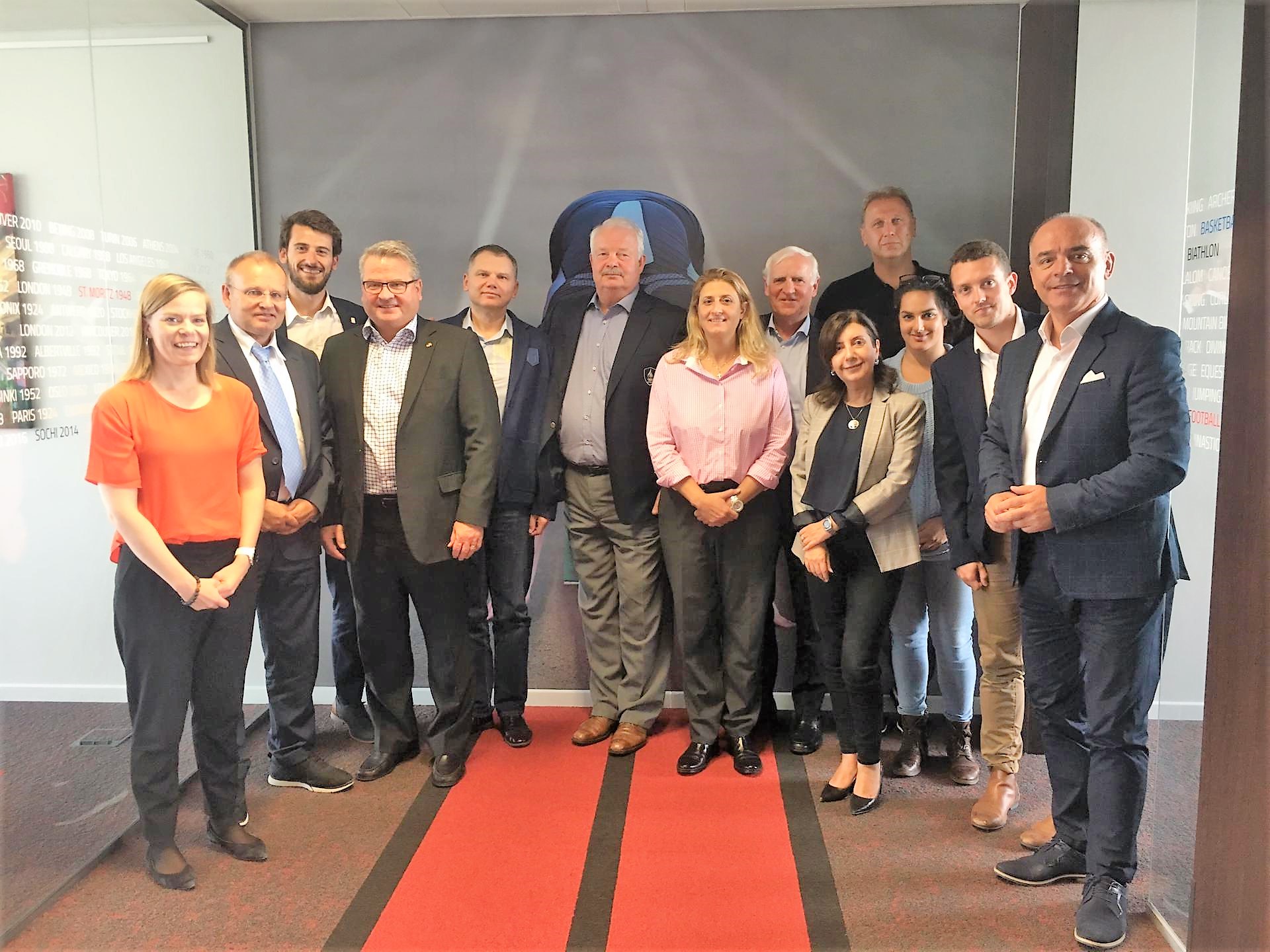 The European Union Commission held its annual meeting in the EU capital, Brussels, on 6 September.

Chaired by Jüri Tamm (EST), the group discussed a series of key activities in the EU policy fields, as well as potential EU funding opportunities for the NOCs of Europe.

In attendance were also EOC Vice President Niels Nygaard, who is also the EOC ExCom Liaison Member for this Commission, and Folker Hellmund, Director of EOC branch office in Brussels.

An update on the EU elections was given to the Members, who had a debate on the actions to be taken, including the identification of sport-related MEPs from different countries as well as some points of contact for the NOCs.

Other topics on the agenda were the European Sport Model, the Multiannual Financial Framework and future funding programmes for the period 2021-2027 (Erasmus+, structural funds and external actions).

In order to enable all the NOCs of Europe to become acquainted with these projects, the EOC EU Office will organise a funding seminar on 18-19 September in Brussels. The first day will be dedicated to the funding opportunities for non-EU countries, while the second day will focus on the Erasmus+, structural funds and solidarity corps.

Heidi Sulander, Chair of the Sport Working Party from the current Finnish EU Presidency, also attended the meeting as a guest. She gave an update on the priorities of the current Finnish EU Presidency (second half of 2019) and the activities planned during the semester. Among other events, the Finnish Presidency will organise the opening of the European Week of Sport in Espoo on 23 September and a conference on the safeguard of children in sport on 24 September.

Representing the EOC, Tamm and Nygaard participated at the Memorial Van Damme – one of the two finals of the IAAF Diamond League, which took place in Brussels on the very same day. They awarded the young aspiring athletics stars with the European Games mascot and other EOC gifts.

Next Commissions to hold meetings will be: the Olympic Academies Working Group in Frankfurt, Germany on 16-17 September and the EYOF Commission in Rome, Italy on 30 September.