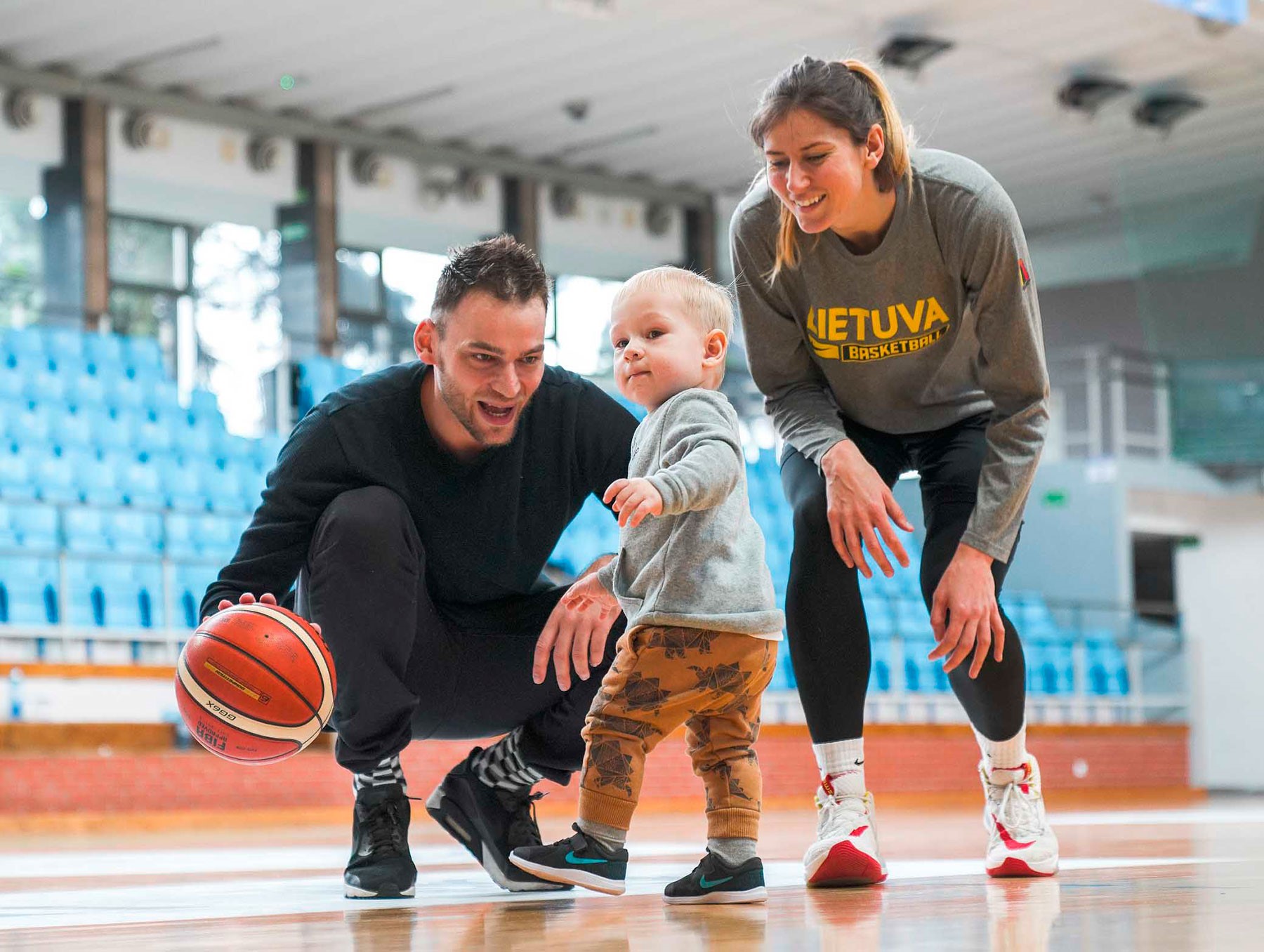 United Nations (UN) project “HeForShe” for the advancement of gender equality was presented at the shopping and entertainment centre “Akropolis” in Vilnius, Lithuania on 6 March.

This initiative was initiated in the country by the Lithuanian National Olympic Committee (LNOC), inviting men to join women in their fight for gender equality in sport, to discard old stereotypes and to become united for change.

Among others, in attendance were former President of the Republic of Lithuania Dalia Grybauskaitė, Minister of Education, Science and Sport Algirdas Monkevičius, Vice President of LNOC Saulius Galadauskas, as well as prominent figures from the sports community and celebrities.

“We are used to see female athletes as strong characters. But these fighters, no matter how tough they might seem, need a lot of support from their families, friends, the sports community and the whole society,” said former President of the Republic of Lithuania Dalia Grybauskaitė. “Therefore, I want to congratulate LNOC for their aspiration in further advancing gender equality in sport and for joining the HeForShe campaign.”

One of the activities of the project will be to make people familiar with the stories of five famous athletes and their male supporters – husbands, colleagues, and friends, with the aim of highlighting that women’s sport, just like gender equality, is a common goal for everyone.

“We still see cases where beliefs and attitudes of men and even women themselves become an obstacle for women’s achievements in life,” said Minister of Education, Science and Sport Algirdas Monkevičius. “However, the potential and power of women is undeniable. They are the givers and nurturers of our life, their work and achievements create the ultimate value. Sport is very important for everyone. Those who learn to win in sports, also become winners in everyday life.”

“I would like to encourage men and women to change society’s stereotypes and behaviour together and to become contributors to this important change. In this case, the unity of both genders in sport may help every girl and woman overcoming old repressing beliefs and achieving victories in life,” Monkevičius added.

The project also aims at giving more consideration to women’s team sports, showing what full stadiums or arenas mean to female athletes and encouraging discussions about the collective interest in the female sport.

President Dalia Grybauskaitė along with 2012 Olympic champion pentathlete Laura Asadauskaitė unveiled the symbolic solidarity board, where everyone willing to express support to this initiative and women’s sport can leave his/her signatures.

“I am glad for this initiative. I have to two kids – both son and daughter – and I want them to do equally well in life. I support this kind of projects from the bottom of my heart”, commented musician Viktoras Diawara.

Jūratė Žilinskaitė, member of Lithuanian women’s national handball team, awarded all the men who delivered speeches on stage and put their signatures on the symbolic “HeForShe” board with tickets to the closest upcoming game.

HeForShe is a solidarity campaign for the advancement of gender equality, initiated by the United Nations. In 2014, the campaign was launched with a speech by the famous actress Emma Watson about her own path to feminism and her call to involve men and boys in promoting gender equality. In just three days the campaign mobilized 100,000 men, among them the former United States President Barack Obama.