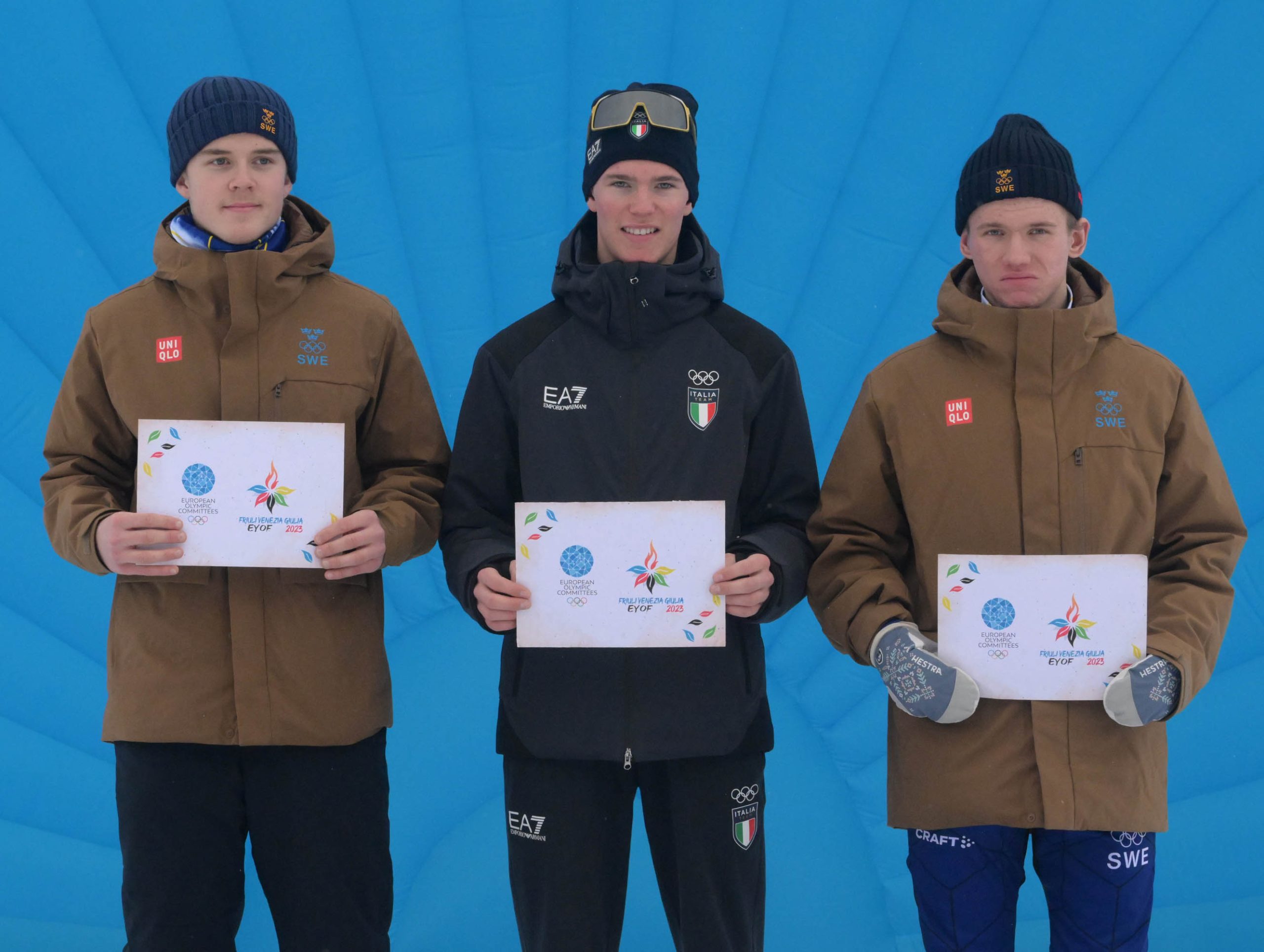 The first medal of the day came in the boys 10km cross country, where Gabriele Matli picked up the hosts’ first medal of the EYOF with a dominate win. With fresh snow making it tough for the athletes, Matli showed his dominance finishing 47 seconds clear of a hard-fought battle between Swedish teammates Simon Nordlander and Hugo Nilsson who won the silver and bronze medals respectively.

Sweden were once again on the podium in the girls 7.5km event with Mira Goeransson taking gold, Finland’s Silva Kemppi winning silver and Germany’s Lena Einsiedler going home with the bronze medal.

Despite the treacherous conditions in Piancavallo, the snowboard parallel giant slalom went ahead and Germany’s Mathilda Scheid handled the conditions skillfully to hold off Czechia’s Adela Keclikova for the gold medal in the girls event, with Austria’s Poland’s Weronika Dawidek winning the Small final to secure the bronze.

In the boys event it was a second gold medal of the day for the hosts with Mike Santuari beating Poland’s Petar Gergyovski in the Big final and Austria’s Werner Pietsch rounding off the podium by winning the Small final.

As expected, there were the usual thrills and spills in the short track speed skating at the Ice Arena Claudio Vuerich in Pontebba with today’s events featuring both the boys and girls 500m and the semi-final of the 2000m mixed relay. The girls took to the ice first with Hungary taking the gold and silver medals through Luca Haltrich and Dora Szigeti as Poland’s Hanna Mazur won the bronze – her second medal of the EYOF already.

In the boys competition Latvian Linards Reinis Laizans triumphed just a toe ahead of Serbian Luka Jasic with Poland’s Dominik Palenceusz taking third. Jasics’ silver medal received a wonderful celebration from the Serbian team as it was the country’s first winter EYOF medal in 16 years, the last being won by Nina Micic at the Winter EYOF in Jaca, Spain in 2007. In the mixed relay Hungary, Netherlands, Poland and Norway all progressed to tomorrow’s A final. 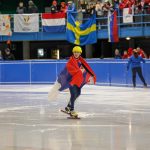 One of the highlights of the day was in the ski jumping and the dominant display Nika Prevc, winner of the winter edition of the 2022 Piotr Nurowski Prize for the Best European Young Athlete. Slovenia’s Prevc lived up to expectations with an impressive display which saw her combined jumps over 20 metres further than her nearest rival. Switzerland’s Sina Arnet jumped a very credible 207.3 metres to take the silver and Czech Anezka Indreckova took home bronze.

The boys competition saw an awe-inspiring performance by gold medalist Stephan Embacher with Polish teammates Klemens Joniak and Wiktor Szozda going head-to-head for the silver and bronze behind the Austrian.