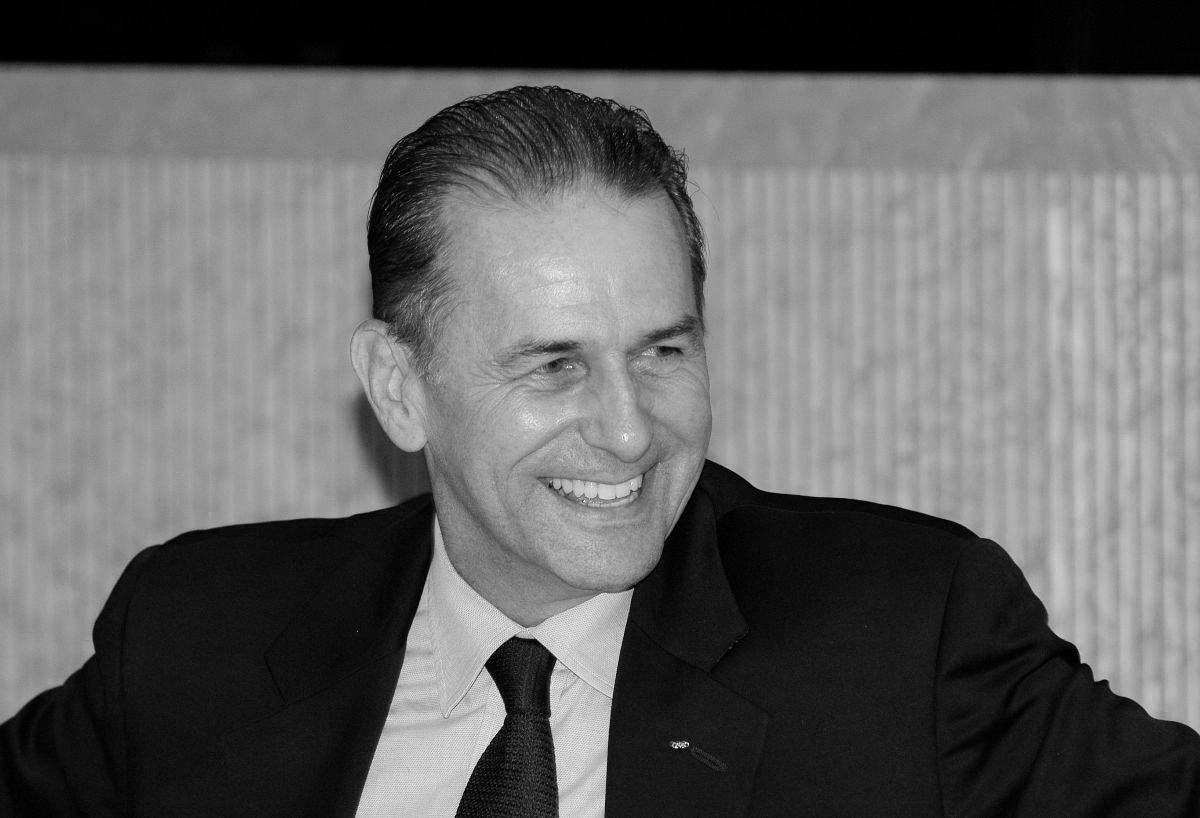 Leading the Association for more than a decade, President Rogge launched the European Youth Olympic Festival (EYOF) in 1991 – a multisport event for Europe’s brightest young talents that is still going strong today.

After becoming IOC President in 2001, he introduced the Youth Olympic Games to the world, just one of the many legacies he will long be remembered for.

It is with deep sadness that I learned of the news of former IOC and EOC President Jacques Rogge. He was and always will be a dear friend of the Olympic Movement, of sport, and especially the athletes, who he spent his career fighting to protect from the ills of doping, match-fixing and other forms of corruption.

Under his leadership, the scope of the work done by the Association saw a considerable upturn. As head of the EOC, He also attended several Olympic Games, including Barcelona 1992, Atalanta 1996 and Sydney 2000.

As a three-time Belgian Olympic sailor as well as a rugby player for his country’s national team, he always had sport and Europe close to his heart. The only thing closer was his family: his wife Anne, his two children and his four grandchildren.

On behalf of the entire Olympic Movement of Europe, I send my deepest condolences to President Rogge’s family and all those who came to know him and call him a friend.

He will be sorely missed.

I first got to know Jacques Rogge well in the 1990s when he was President of the European Olympic Committees (1989-2001) and I was Secretary General of CONI (1993-2013). With our headquarters both being located in the same complex in Rome, we soon formed what would become a decades-long friendship. And while our mandates at the EOC did not overlap, I nevertheless worked with him on a number of projects in Italy and throughout Europe.

I got to know him as a man of the highest values and integrity, a leader that listened intently to all sides, every piece of advice, and all suggestions before reaching his own conclusion and resolutely going about implementing it.

An upright person, he would use his platform instead to shine the spotlight on the people and issues he felt more deserving, in particular the athletes.

While the Olympic Movement of Europe first benefitted from his wisdom and guidance, the entire world soon got to experience them as well when he became IOC President in 2001, a post he held until 2013.

We have lost a true friend of sport, a true ambassador of the athletes and above all a truly class act who left an indelible mark on the Olympic Movement.

Please note your message will not appear immediately .

A true example of what it means to live by Olympic principles and ideals.

The Latvian Olympic family received with deep grief the sudden news that President Jacques Rogge had passed away on August 29, 2021, and expressed the deepest condolences to his family, friends and the entire Olympic family.
President J.Rogge is associated with all the most important events of the return of the Latvian Olympic Committee (LAT NOC) to the International Olympic Movement after the restoration of Latvia’s independence in 1991, when LAT NOC became a full and active member of the EOC and ANOC and participated in all Winter and Summer Olympic Games since 1992.
Thanks to J. Rogge’s initiatives and his concern for the young generation of athletes, the European Youth Olympic Days were established, in which LAT NOC has been participating since 1993 (we were among the participants of the first winter EYOD in Aosta, Italy), as well as the Youth Olympic Games since 2010.
J.Rogge also positively assessed the activities of LAT NOC in the research of Olympic history and was an active supporter of the Latvian international editions “Olympic Order. Edition 2012” and “Olympic Encyclopedia”, attracting funding and writing forewords to these fundamental multi-volume editions on the history of the International Olympic Movement in 1896-2018.
Latvia truly mourns, taking away the outstanding Olympian forever ….

A wise leader, a man of great integrity, It was a huge honor and privilege to work with him

I am deeply saddened by the passing of Count Jacques Rogge, former President of the International Olympic Committee and I pay tribute to the memory of our Honorary President.

I have lost a cherished friend, and we have lost an Olympian, who devoted much of his life to the Olympic Movement. As one who leaves others at a loss after he is gone, a great man he was.

I will always remember him, with affection, as a man of great integrity, fulfilling his obligations brilliantly, but never with flaunt, in his measured and unpretentious style. I will truly miss my dear colleague, as a very good doctor and an excellent surgeon, dedicated to athlete health.

May his soul rest in peace.

My sincere condolences and sympathies to his family, his loved ones, and the Olympic Family.

It was a deeply saddened to know about the passing away of the former International Olympic Committee President and the Honorary President Count Jacques Rogge.
Count Jacques Rogge, with his great commitment, contributed a lot to the development
of the Olympic Movement and the worldwide sport.
Jacques Rogge was also very linked to Poland, visiting our country many times, his merits have been widely recognized in Poland and in 2000 he was awarded the Commander’s Cross of the Order of Merit of the Republic of Poland.
On behalf of the Polish Olympic Committee and myself, I would like to express the sincerest condolences and words of compassion to the members of the Olympic Movement
and the Family of President Jacques Rogge.

We are deeply saddened to learn about the demise of Mr. Jacques Rogge, former IOC President, IOC Honorary Member.

His professional path deserves the greatest recognition and reverence. He will be always remembered as a very active and spirited person whose love and passion for sports were endless.

Mr. Rogge made a huge contribution to promotion of Olympism worldwide and developing youth sport, being a founder of the Youth Olympic Games. His passing away is a great grief and irreparable loss, leaving an unhealed wound in the soul of the Olympic Movement.

The National Olympic Committee of the Republic of Belarus expresses its heartfelt sympathy and sorrow to the Olympic community and Mr. Rogge’s family. The bright memory of Mr. Jacques Rogge will forever remain in our hearts.

The Romanian Olympic and Sports Committee sends its most sincere condolences to Count Rogge’s family and joins its members in mourning his loss. Out of respect for this great man and leader and in solidarity with the IOC and other Olympic Movement organisations, the flag of NOC Romania was also being flown half-mast for these 5 days at the Olympic House in Bucharest.

Jaques Rogge was a very close friend of the Romanian Olympic movement. He inaugurated our Olympic House and our Olympic Centre “Sydney 2000” in Izvorani by Bucharest. He joined us on our anniversaries and other happy moments and stood beside us just the same as one of our best guiding instances on our difficult moments throughout the last decades. He was also one of the main supporters of the EYOF Brasov 2013.

All these facts and moments are unforgettable to us and we shall continue to respect and cherish his Olympic legacy just as much as his memory as an example of the highest standard of human conduct.

May he rest in peace!

The Romanian Olympic and Sports Committee

Jacques Rogge was an exceptional leader of the Olympic movement who always saw beyond, who sought, beyond the foam of the days, to find new ways to reinforce the Olympic spirit.
Remembering the first EYOF I was present at (Utrecht 2013), he promoted a direct meeting with the young participants in what were the Festivals that he firmly defended as an example of the spread of the Olympic movement and the multi-sports character of these competitions.
If he created EYOF in the European Olympic Committees, which we can consider the “jewel of the crown” of our organization, he knew how to take that spirit to IOC and implement YOG, one more step towards the integration of young people in Olympism.
Thank you Jacques Rogge!

I was very sad to hear of the passing of Jacques Rogge, someone who truly had sport and athletes at the centre of his thinking. Jacques was a strong advocate for Olympism and for the inclusion and promotion of young people in sport; a generous and kind man who will be much missed by everyone across the Olympic and sporting community.