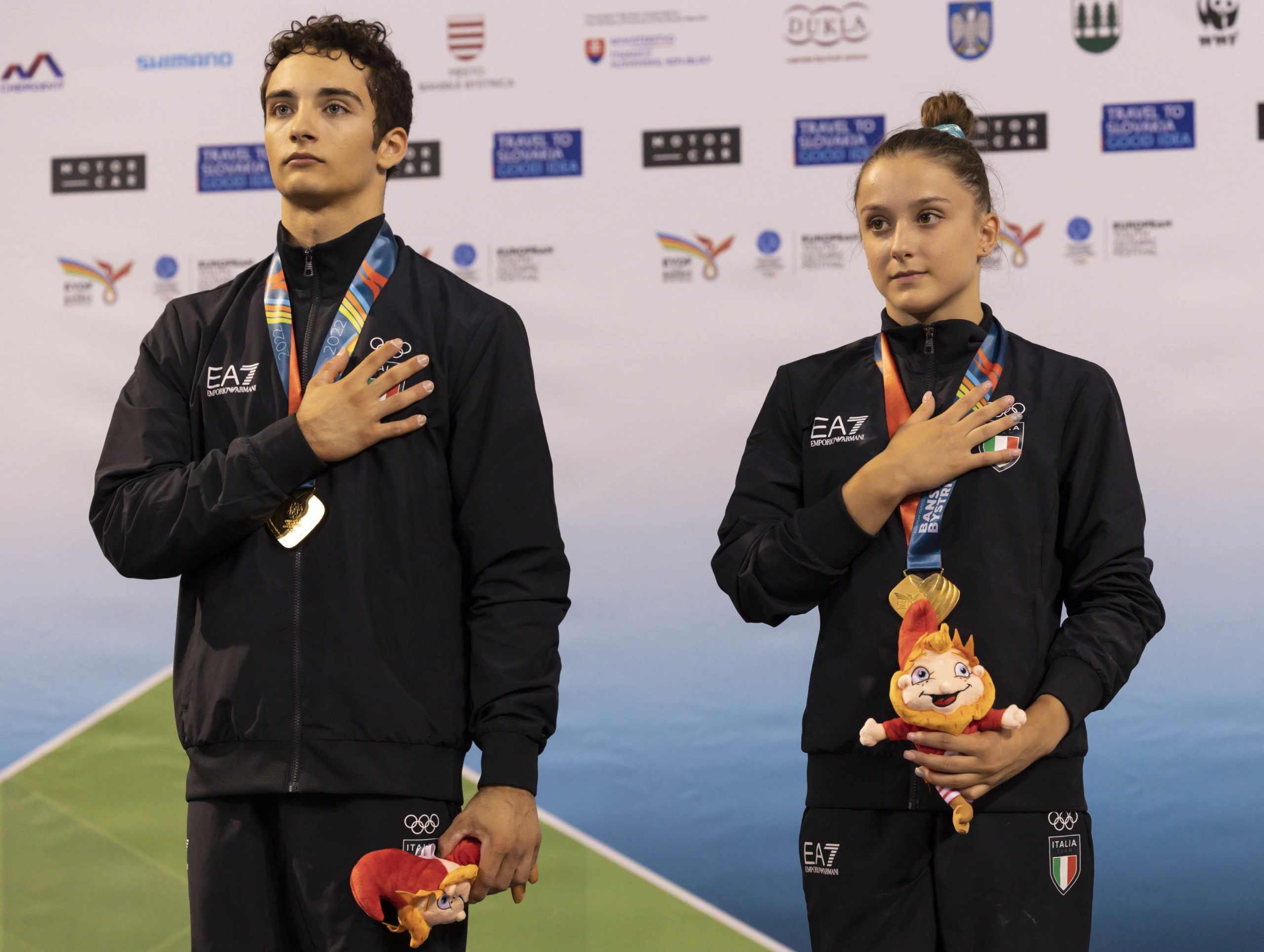 Each individual performed two routines on an apparatus of their choosing, with their combined scores used to formulate the team’s total score. Villa, who won the silver medal in the boys all around event, and Grillo displayed superb strength, poise and flexibility during their routines, which captured the imagination of the judges and the audience to secure the coveted gold medal.

“Competing in this new format was very exciting. I learnt a lot from watching the opposite gender perform their routines,” expressed Villa. His partner, Grillo said, “It was interesting to compete against the boys, I’m grateful that I had the opportunity to participate in this event for the first time at the EYOF here in Slovakia.”

Villa, who also performed on the horizontal bars, led the way on the floor exercise with a stunning score of 13.533 to set the tone for team Italy, while Grillo demonstrated her mesmerising skills on the vault to record a score of 12.933. The duo recorded a total score of 52.332 on a memorable day for all the young athletes involved.

Germany’s Jukka Nissinen and Helen Kevric took silver with a total score of 51.498, edging past the Romanian team of David Puicea and Amalia Puflea, who claimed the bronze medal after their routines totalled 51.066.

All the young athletes, especially those who won medals, made history today and showed high levels of skill, concentration and sportsmanship to deliver an entertaining event for the electric crowd at the Artistic Gymnastics Stadium.

With day four in the books, anticipation now builds towards day five of the EYOF, where medals will be awarded for each artistic gymnastics discipline, athletics and much more. You can follow all the action on the EOC social channels, and via the livestream of events on the EOC Channel!