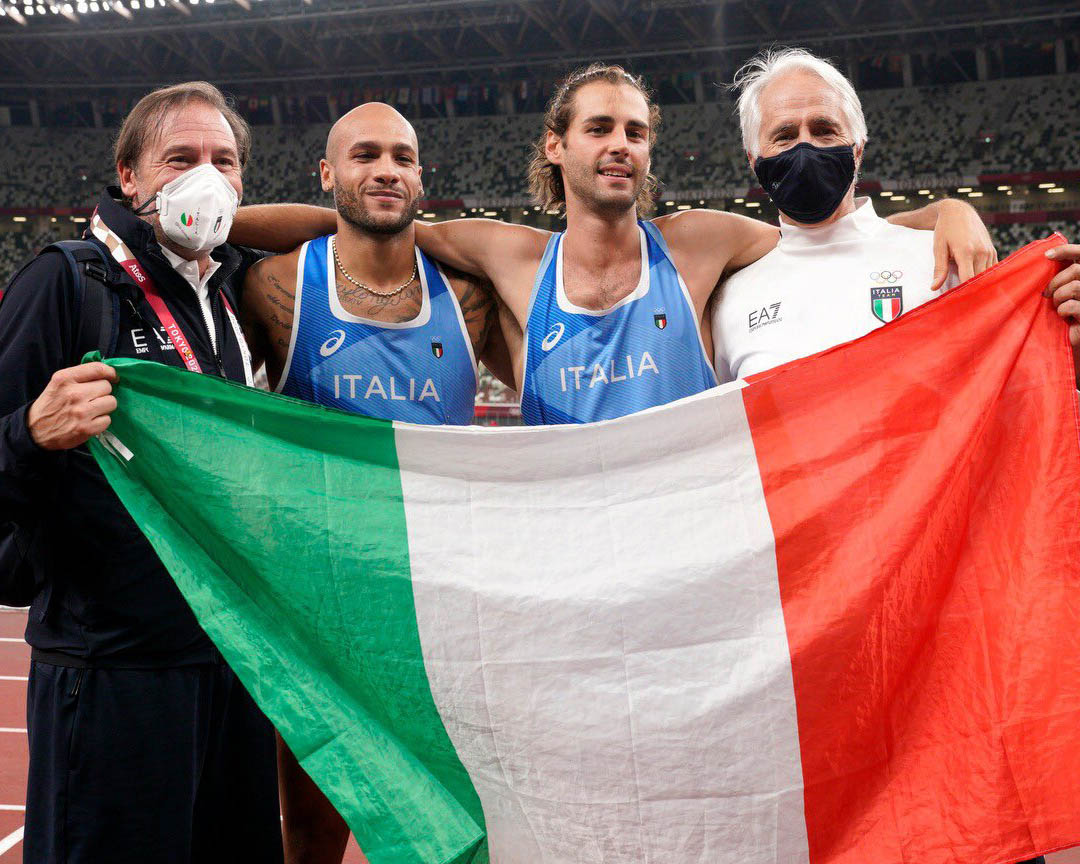 The first hints that this was Italy’s year came when Italian band Maneskin won the popular Eurovision Song Contest in May.

Then came the European Championship soccer title run in June and July.

To top it all off, on the first day of August, Marcell Jacobs won the 100 meters at the Tokyo Olympics to succeed Usain Bolt as The World’s Fastest Man.

In the most prestigious event of them all, Jacobs beat a star-studded field to end 25 years of dominance by sprinters from the Americas.

Jacobs is the first European to win the Olympic 100m title since Britain’s Linford Christie at Barcelona 1992, and Italy’s first Olympic sprint champion since Pietro Mennea took the 200m at Moscow 1980.

And who was the first man to embrace Jacobs after he crossed the line in a personal-best 9.8 seconds on Sunday? That would be Gianmarco Tamberi, the Italian high jumper who had just won gold in his event in a tie with Mutaz Essa Barshim of Qatar.

“We’ve accomplished something epic and extraordinary — just like the soccer success — and it’s uniting the country,” Malagò said. “We’ve had some epic victories, like winning the World Cup of soccer (four times), but in terms of the (Olympics), this is something that the grandchildren of our grandchildren will read about in history books one day.”

The successes have been a welcome respite for a country that spent much of the past 16 months in various stages of lockdown. Italy was the first country outside Asia to get hit by the COVID-19 pandemic and suffered immensely.

“And now we’ve got The World’s Fastest Man and the man who jumps the highest,” Malagò said. “Marcello and ‘Jimbo’ have made all Italians proud. Words don’t do them justice.”

With still a week to go, Italy already has won a total of 26 medals at the Games across all sports, only two fewer than the Azzurri took home from Rio.

A great gesture of sportsmanship

Tamberi’s feat was also a great proof of respect and friendship.

In a dramatic end to the Olympic high jump final, the Italian and Qatari athletes agreed to share the gold medal, after each jumped 2.37m.

They both cleared the highest bar, but when it came to deciding a winner, two Olympic high jumpers opted not to take it to a tie-breaker.

Tamberi became the second Italian to win gold in the high jump at the Olympic Games, after Sara Simeoni won the women’s competition in Moscow 1980.

Tamberi brought his cast to Tokyo with him as a reminder of his sacrifices to bring home the gold. It is inscribed with the words: “Road to… Tokyo.”

“After my injuries, I just wanted to come back, but now I have this gold, it’s incredible. I dreamed of this so many times,” Tamberi said. “I was told in 2016 just before Rio, there was a risk I wouldn’t be able to compete anymore. It’s been a long journey.”

Maksim Nedasekau of Belarus also cleared the 2.37 meter jump but took bronze having failed more attempts to clear the bar.