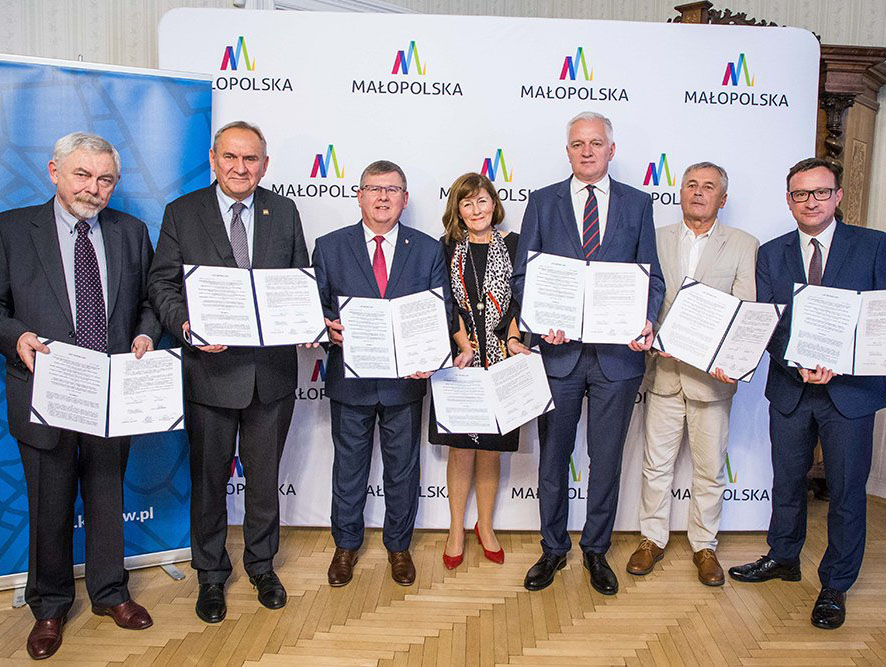 The municipality of Kraków and the region of Małopolska, Poland have signed a letter of intent to officially confirm their joint collaboration for the organisation of the 3rd European Games in 2023.

The letter was signed by President of Kraków Jacek Majchrowski, Marshal of the Małopolska Province Witold Kozłowski, Deputy Marshal Tomasz Urynowicz, Deputy Prime Minister Jarosław Gowin, President of the Polish Olympic Committee Andrzej Kraśnicki and the Rectors of three Kraków universities: the AGH University of Science and Technology, the University School of Physical Education and the Jagiellonian University.

This signing is the first formal step in the organisation of Europe’s premier multi-sport event, following the unanimous approval of Kraków and the region of Małopolska by the 50 National Olympic Committees (NOCs) of Europe at an EOC Extraordinary General Assembly held during the 2nd edition of the Games in Minsk, Belarus on 22 June.

The agreement outlines the commitment from both sides to jointly take responsibility for the preparation and delivery of the Games.

“Krakow has the resources and background to organise large events,” said President of Krakow Jacek Majchrowski. “We have again proved it recently with the organisation of the World Youth Day. Staging an event of the magnitude of the European Games is a great opportunity to promote the region and, above all, to improve sports facilities, transport and the overall urbanisation of the city.”

For the region of Małopolska, the Games provide a unique platform for the development and promotion of the area.

“We will try to make the most of this opportunity,” said Marshal of the Region Witold Kozłowski. “We were chosen to host the Games – this is certainly a source of pride, but also a commitment to deliver.”

“Counting on the support of the Polish government, as well as on the cooperation with the rectors of Kraków’s universities means that we have great foundations to stage the event at the highest European level.”

For their part, the representatives of Kraków’s universities said that they will assess the facilities and take all the needed measures to allow the full use of the existing infrastructure within the universities.