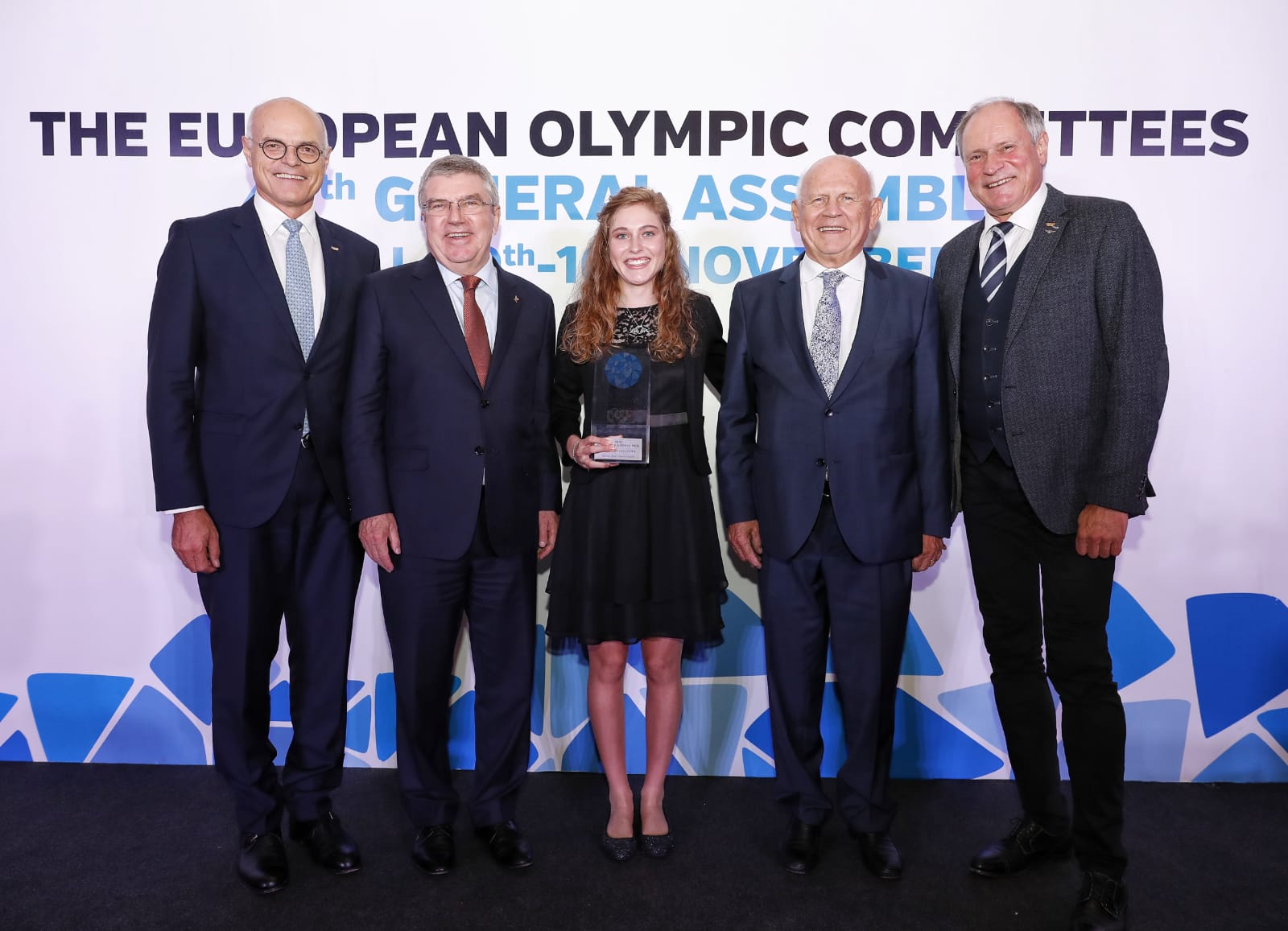 Laura has been mountain biking for over 10 years, giving free rein to her passion for nature and taking risks. She has won almost every race she has competed in over the last five years, except for one race where she finished second after suffering a flat tire during the competition.

She says her next goal is to take part in the Olympic Games Tokyo 2020, where she wants to bring her personal motto to life: “There’s just one type of speed, full speed!”

All five finalists gave presentations earlier in the day to the General Assembly, which then held a vote to determine the winner, which was announced at the dinner.

Each finalist received financial assistance from the EOC for training and educational purposes. Stigger was awarded €15,000, while the joint second finishers (Eva Alina Hocevar and Ajna Kesely) secured €8,000 and the joint fourth (Iga Światek and Jakub Stastny) €3,000 respectively.