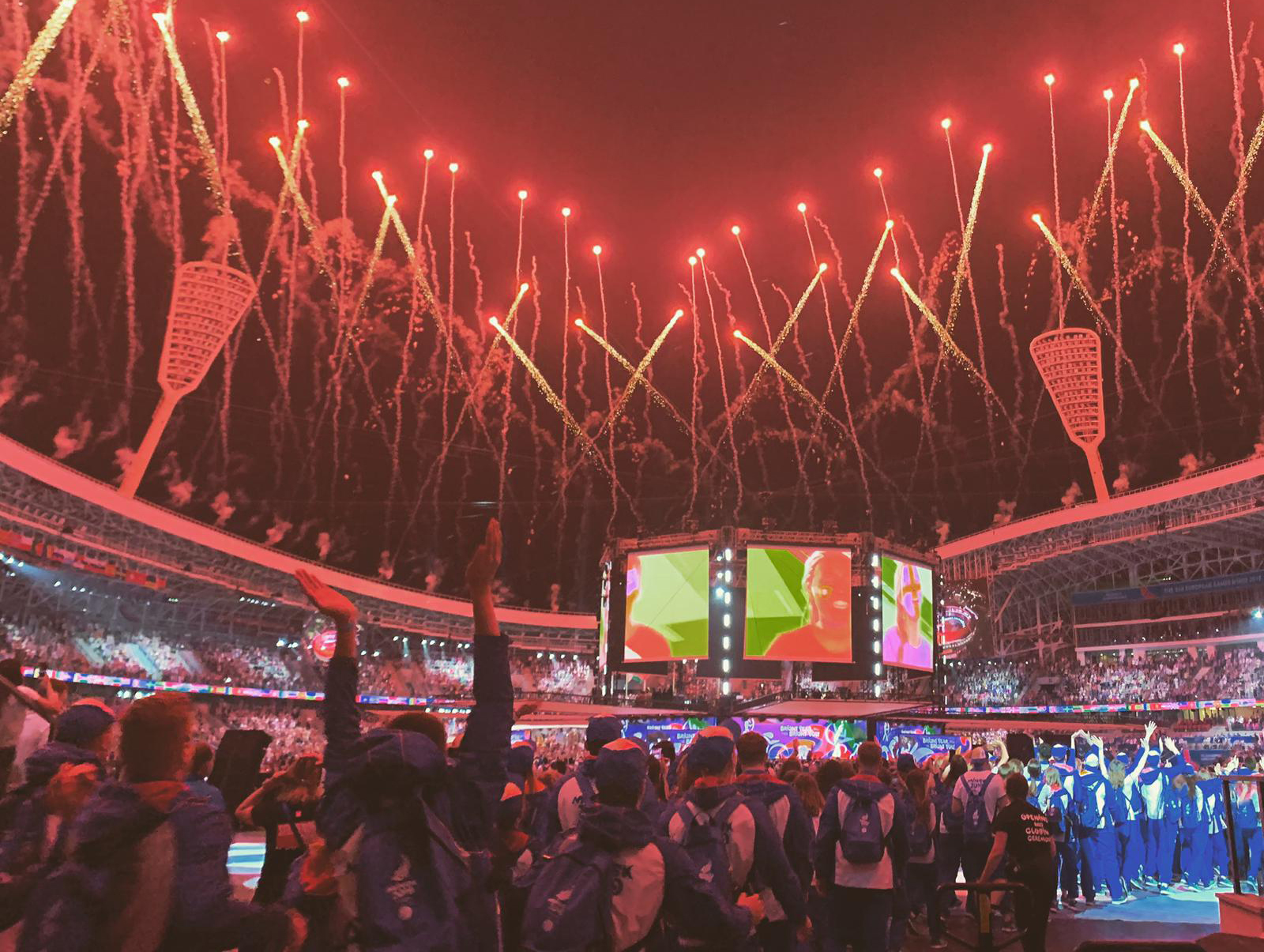 The 2nd European Games Minsk 2019 got under way in spectacular style tonight with an Opening Ceremony that showcased Belarusian culture, history and, of course, sport.

The Ceremony, held at the iconic Dinamo Stadium, started with a best of Belarus video highlighting the beauty and diversity of Minsk, Europe’s 11th largest city in terms of population that was founded over 900 years ago.

A short burst of fireworks brought the attention squarely back to the venue, where President of the Republic of Belarus Alexander Lukashenko and President of the European Olympic Committees (EOC) Janez Kocijančič were introduced to the sold-out crowd.

A segment called Kupala Night followed, introducing the folk costumes, distinctive traditions, and customs of Belarus. It was a colourful journey that depicted the country’s traditional heritage.

One of the highlights of any Opening Ceremony is the Parade of Nations, and this one certainly did not disappoint. Athletes and officials from all 50 European National Olympic Committees competing in these Games, which run from 21 to 30 June, marched energetically behind their flag bearers into the stadium led by Greece, birth nation of the Olympic Games. Team Belarus was the last nation to enter, eliciting a rousing response from the home crowd.

“Europe is one of the smallest continents, but nevertheless the strongest continent in international and Olympic sport, and we are celebrating its most important multisport event here tonight,” said EOC President Kocijančič. “The best athletes from all 50 European nations have gathered in Minsk to show their sporting talent and excellence. In this way, we are continuing the tradition of the first European Games organised in Baku, Azerbaijan.”

The two-and-a-half-hour production celebrated the many great Belarusian personalities, its long and impressive history, as well as its rich folklore.

“We are glad Belarus was part of such an ambitious project,” said Belarus President Lukashenko, who wished all the athletes the best of luck during the 10 days of competition. “We are happy to introduce you, our guests, to the real Belarus – beautiful, hospitable and comfortable. Our friendliness is not just politeness but part of our character.”

The Ceremony was concluded by the lighting of the Games cauldron by Olympic biathlon champion Nadezhda Skardino following a procession of legendary Belarusian athletes, including Darya Domracheva and Max Mirnyi, among others.

The Opening Ceremony was put together by 1,300 people, including administrators and technical support, and involved over 500 artists, 700 volunteers and 1,200 costumes. The production was over a year in the making.