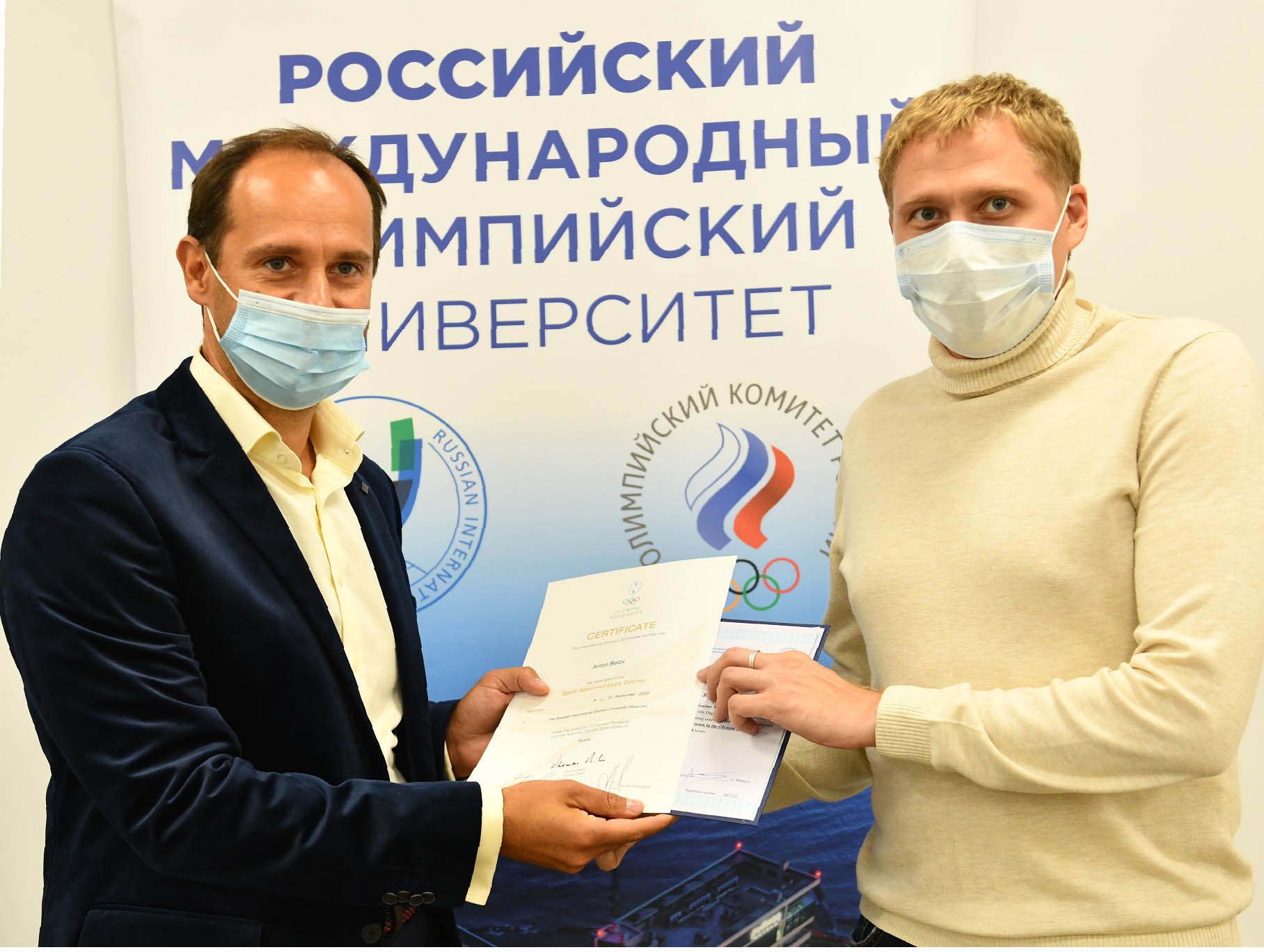 A series of training courses in sports management was held for the very first time in Russia under the auspices of the International Olympic Committee (IOC) in Moscow from 8-10 September 2020.

Supported by the IOC Olympic Solidarity, the Russian Olympic Committee (ROC) initiated the first part of the National Training Courses for Sports Administrators, adapting the educational material specifically for the Russian-speaking audience.

The Russian International Olympic University (RIOU) was chosen by the ROC to host this cycle of the NOC Management programme.

The programme is addressed to 30 students, representatives of national sports federations and Olympic councils. All the first participants who successfully concluded the three-day course and passed final certification were awarded certificates from the IOC and the RIOU.

Due to the current COVID-19 restrictive measures, foreign representatives were not able to participate, but once the restrictions are lifted, the ROC will invite other NOC delegates to join.

Vice-Rector for Research at RIOU and Professor in Law Nikolay Peshin was chosen as the National Course Director by the ROC.

“The Olympic Solidarity programme offers a tiered strategy for developing the skills of sports administrators,” said Peshin in his interview to the ROC information service. “This particular course is the first level where students acquire fundamental knowledge and basic skills in line with the National Training Courses for Sports Administrators.”

“It dives students into the system of Olympic values and the foundation of the Olympic movement, as well as raise their awareness about several specific issues, which include the basics of sports law and anti-doping. A large part is dedicated to the management of sport organisations, as well as marketing and business planning.”

The course programme is based on IOC’s textbook “Sport administration manual”, which was translated into Russian following an initiative of the ROC. It covers the most relevant topics in the Olympic system: principles, structure and leadership of the Olympic movement.