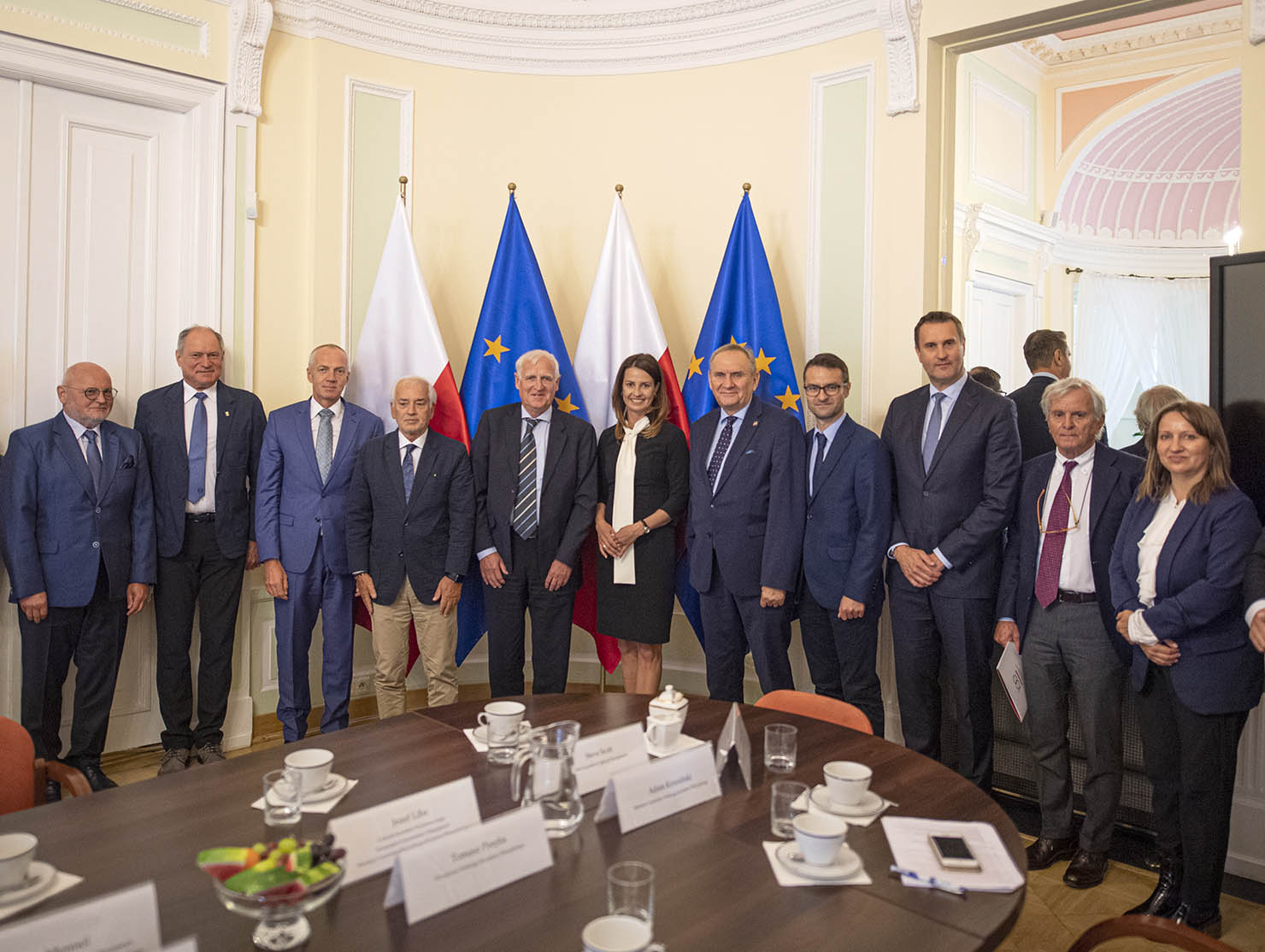 The delegation, led by EOC Acting President Niels Nygaard and Secretary General Raffaele Pagnozzi, began its tour with meetings in Warsaw with government ministers before moving on to Krakow and the Małopolska Region for inspection visits to a number of the sports and accommodation facilities that will host Europe’s best athletes in 2023.

“We held fruitful talks this week with all our Polish counterparts in Warsaw, Krakow and Małopolska,” said Acting President Nygaard. “I would say the overall feeling here is one of great optimism as the region looks ahead to a time, hopefully, post COVID-19 and to celebrating our elite athletes just a year ahead of the Olympic Games Paris 2024. We all have a great deal to look forward to and work towards.”

On Wednesday, the EOC delegation met with Kraków President Jacek Majchrowski and the Marshal of the Małopolska Region, Witold Kozłowski, to discuss preparations for the Games.

“Overall it was a productive three days of discussions,” said Secretary General Pagnozzi. “We can already feel the enthusiasm for the next edition of the European Games and we come away from our visit even more confident that Krakow-Małopolska will host an unforgettable event in 2023.”

It was a sentiment shared by Małopolska Marshal Kozłowski: “We are writing together new pages of the history of Polish, European and global sport. The 2023 European Games will be a great celebration for athletes and fans. It is also a great opportunity for a huge promotion of the Małopolska Region. It will be a decisive stimulus, significantly strengthening the development of our entire region.”

The EOC representatives were accompanied by a team from the Polish Olympic Committee led by President Andrzej Kraśnicki. Together they inspected a number of conference and sports facilities in Kraków and Małopolska, including the ICE Kraków Congress Centre, Tauron Arena, Sports and Recreation Center,  Wisła Kraków Stadium, Cracovia Stadium, the Kraków Academy of Physical Education, as well as the Central Sports Center in Zakopane.

“Currently, the sports program of the events and disciplines in which the European Games will be played is being established,” Kraśnicki said at a joint press conference at the ICE Kraków Congress Centre. “The decision on this matter will be made by the organizers in consultation with the European Olympic Committees and the European Sports Federations. Key to the decision will be, among others, the existing sports infrastructure. It is important for athletes and fans to bear in mind that during the 3rd European Games, qualification for the Olympic Games Paris 2024 will take place.”

The full list of EOC and Polish Olympic Committee representatives is as follows: