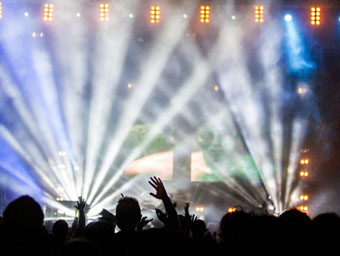 The Opening Ceremony for the 2017 World Games took place on Thursday 20 July at 7 p.m. in the Wroclaw Stadium, in Poland’s Lower Silesia, when over 400 artists performed on three stages and offered spectators popular Polish POP, pop-rock, reggae and classical music.

Until 30 July more than 3,200 athletes from 111 countries from the the world will compete in 31 different sports.

The largest team is that of the host country, Poland, with 218 athletes. But France is not far behind with its 193 athletes, tailed by Italy with 167. Russia and Germany both sent 139 athletes to Wroclaw, and the biggest non-European team is the USA with 125 athletes.

The 2017 World Games are attended by more teams than ever before, and they will be broadcast in more countries than for any past edition.

IWGA President Jose Perurena is a former canoe athlete and Olympian at the Mexico Olympic games in 1968. He is president of the International Canoe Federation (ICF) and a member of the International Olympic Committee. He arrived in Wroclaw on Tuesday, where he was greeted by WKO President Marcin Przychodny and Vice-President Adam Roczek.