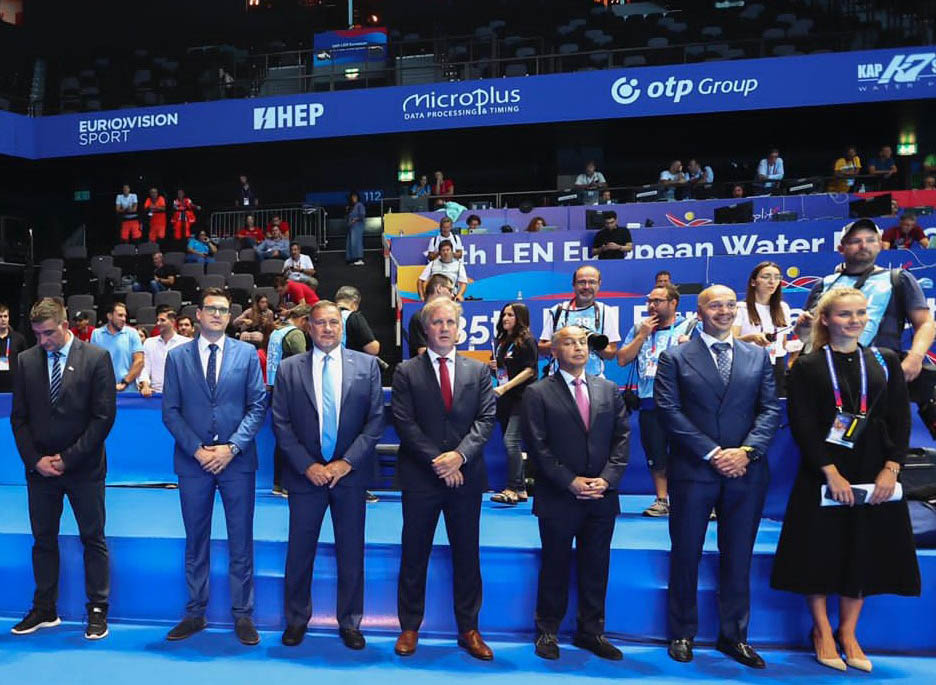 President of the European Olympic Committees (EOC) Spyros Capralos has congratulated the Croatian water polo team after they won the 2022 Men’s European Water Polo Championship, which was held at the Spaladium Arena in Split, Croatia.

The format for the event included 16 teams divided into four groups, where the top team from each group automatically qualified for the quarterfinals. The second and third placed teams played each other in a cross-group system to qualify for the knockout stages.

The hosts secured their second title by defeating Hungary in a closely contested final. Croatia went into the second half 4-3 ahead and extended their lead to two goals at one point in the third quarter. An early equaliser from Hungary set up a thrilling conclusion to the tournament, but Croatia scored two goals in the last two minutes to claim a 10-9 victory.

In an interview with Croatian Sport Television (SPTV), President Capralos expressed his delight at the “dynamic” action he witnessed at the Spaladium Arena as well as the enthusiasm shown by the 10,000 fans in attendance.

When asked for his thoughts on the 2022 Men’s European Water Polo Championship, President Capralos said, “The quality of the competition was at a high level and you could feel the tension in the air heading into the latter stages of the final. The organisation was very good, the sports presentation, which is new for water polo, was good. The players were very happy with the conditions here and this event shows that Split and Croatia can be great organisers.”

President Capralos explained the growth of the European Games and its importance to athletes: “It is a product that is developing and is becoming better and better with every edition. The Games will include most of the Olympic sports, which occurs one-year before the Olympic Games. For many of those sports, the event serves as an opportunity to qualify for the Olympics.”

He expanded on the reasoning behind including sports in the European Games that are not on the Olympic programme: “We see potential in them. The IOC is trying to develop new sports that have more appeal to the younger generation. Therefore, we are the ones that will test some of these sports. In Kraków-Małopolska there will be new sports and we believe this is the right model to use moving forward.”

When asked how preparations were going for the European Games Kraków-Małopolska 2023, President Capralos suggested that there had been “difficulties” due to the pandemic and the war in Ukraine, however, he stated that the “The Polish people are good sport organisers and have demonstrated that in different sports. I believe that with cooperation and collaboration across all the different parties it will lead to a very successful European Games.”

You can watch President Capralos’ full interview with SPTV from Split here.