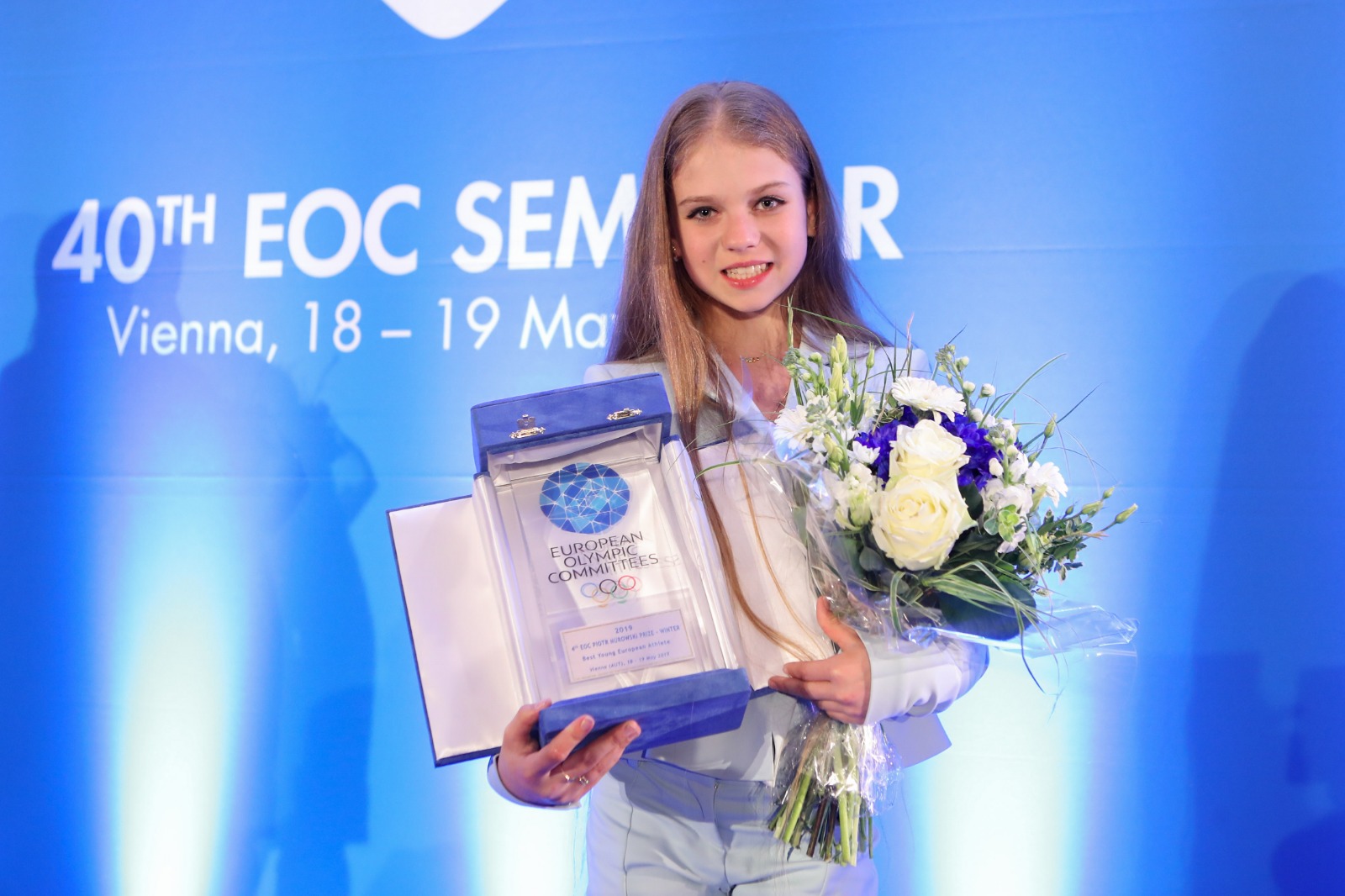 At the Junior Grand Prix in Lithuania last year, Trusova set a new world record with 74.74 points in her short programme, besting the previous mark by 1.56 points.

“Figure skating began for me in early childhood and I have been doing it every day until now,” Trusova said. “I truly love to do what I do. For such happiness I should thank my parents who believed in me so much. Thank you all for your support.”

Runner-up in the voting was Austrian Alpine skier Magdalena Egger, 18, who is the current Austrian U18 Champion in three disciplines and winner of three medals (2 gold and 1 silver) at the EYOF Sarajevo and East Sarajevo 2019.

The five young athletes presented their credentials in person to the Seminar ahead of the vote, which was open to representatives of all 50 European National Olympic Committees (NOCs). The winner was then unveiled at a gala dinner the same evening.

Each finalist received financial support for training and educational purposes. Trusova was awarded €15,000, while the second and third-place finishers secured €8,000 and €5,000 respectively. The fourth- and fifth-place athletes, meanwhile, both received €3,000.

“Congratulations to all five young athletes, you are proof that the future of winter sports in Europe will be a very bright one,” said EOC President Janez Kocijančič. “We hope that the financial support that comes with the Piotr Nurowski Prize will allow you to become even better athletes as you continue to take strides in what are already brilliant young careers.”

The EOC Piotr Nurowski Prize for Best European Young Athlete was created in 2011 to remember former Polish NOC President Piotr Nurowski and his outstanding contributions to the world of Olympic sport. Through Nurowski’s example and his memory, the EOC wants to encourage young athletes to pursue a career in top sport, as well as inspire future generations to adopt healthy lifestyles based on Olympic values and principles.