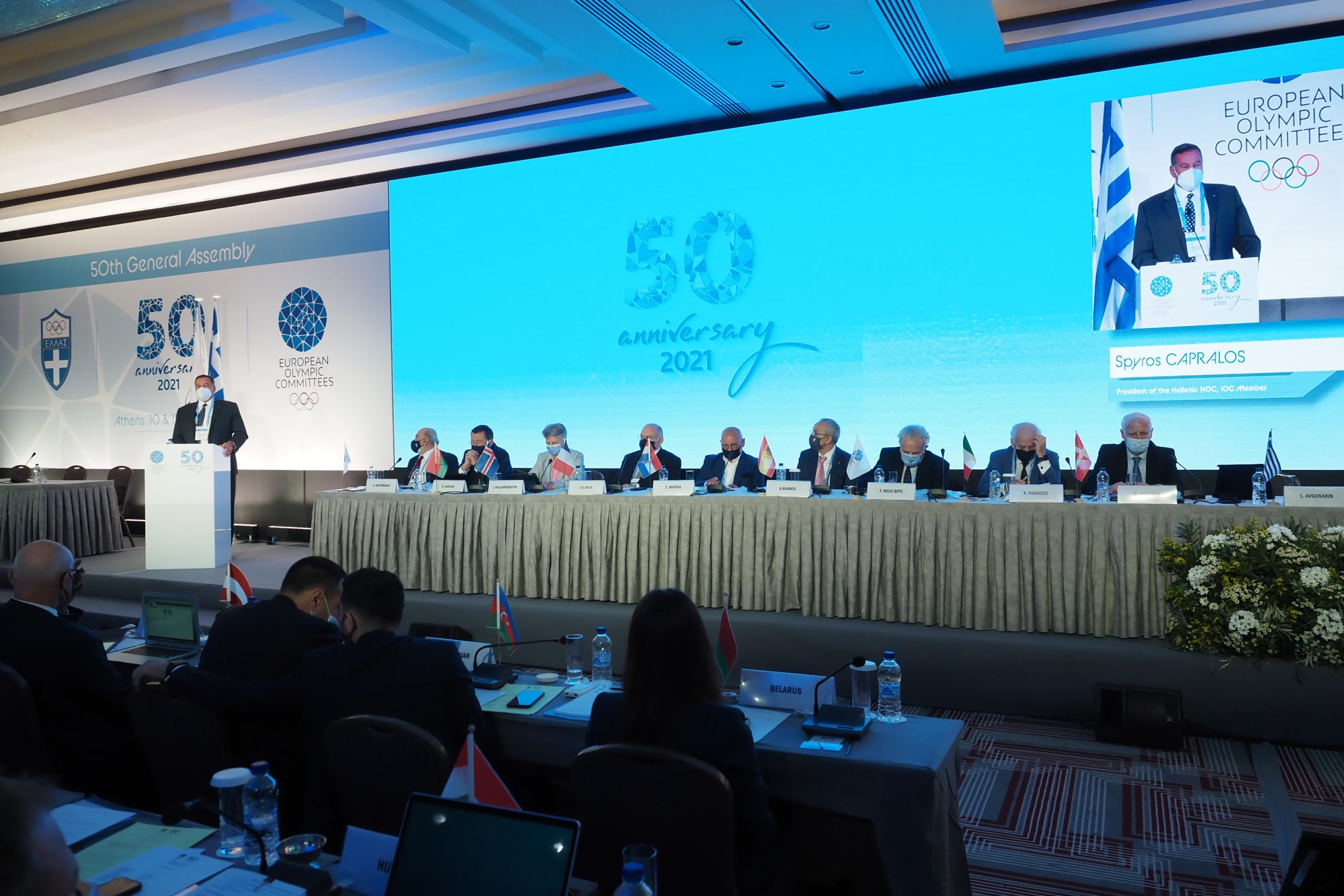 An eventful first day of the 50th Anniversary General Assembly of the European Olympic Committees (EOC) has come to a close in Athens, Greece.

The meeting began with former EOC Treasurer Kikis Lazarides (CYP) being awarded the 2021 Order of Merit for his outstanding contribution to the Olympic Movement during his distinguished career.

“I am indeed very pleased to receive this great Order of Merit and I want to thank you all, as for me to perform as I did over the years is also credited to all of your support, the support of all my friends in the Olympic Movement,” Lazarides said.

Hasan Arat, Chair of the Coordination Commission for the European Games Krakow & Malopolska 2023, provided a comprehensive report on the progress being made for the third edition of Europe’s leading multisport event for elite athletes. Eighteen sports are now confirmed for the programme, with a further 12 expected to follow, making it the largest and most innovative European Games to date.

After hearing from ANOC Secretary General Gunilla Lindberg, IOC Director of NOC Relations and Olympic Solidarity James Macleod provided an update on preparations for the Olympic Games Tokyo 2020, with a particular focus on safety measures for athletes and other stakeholders this summer in the Japanese capital. Representatives of the Organising Committee for the Games of the XXXII Olympiad gave further details remotely from Tokyo.

Day 1 ended with the approval of Skopje (North Macedonia), Istanbul or Antalya (Turkey) and Brasov (Romania) as hosts of the next three EOC General Assemblies in 2022, 2023 and 2024, respectively.