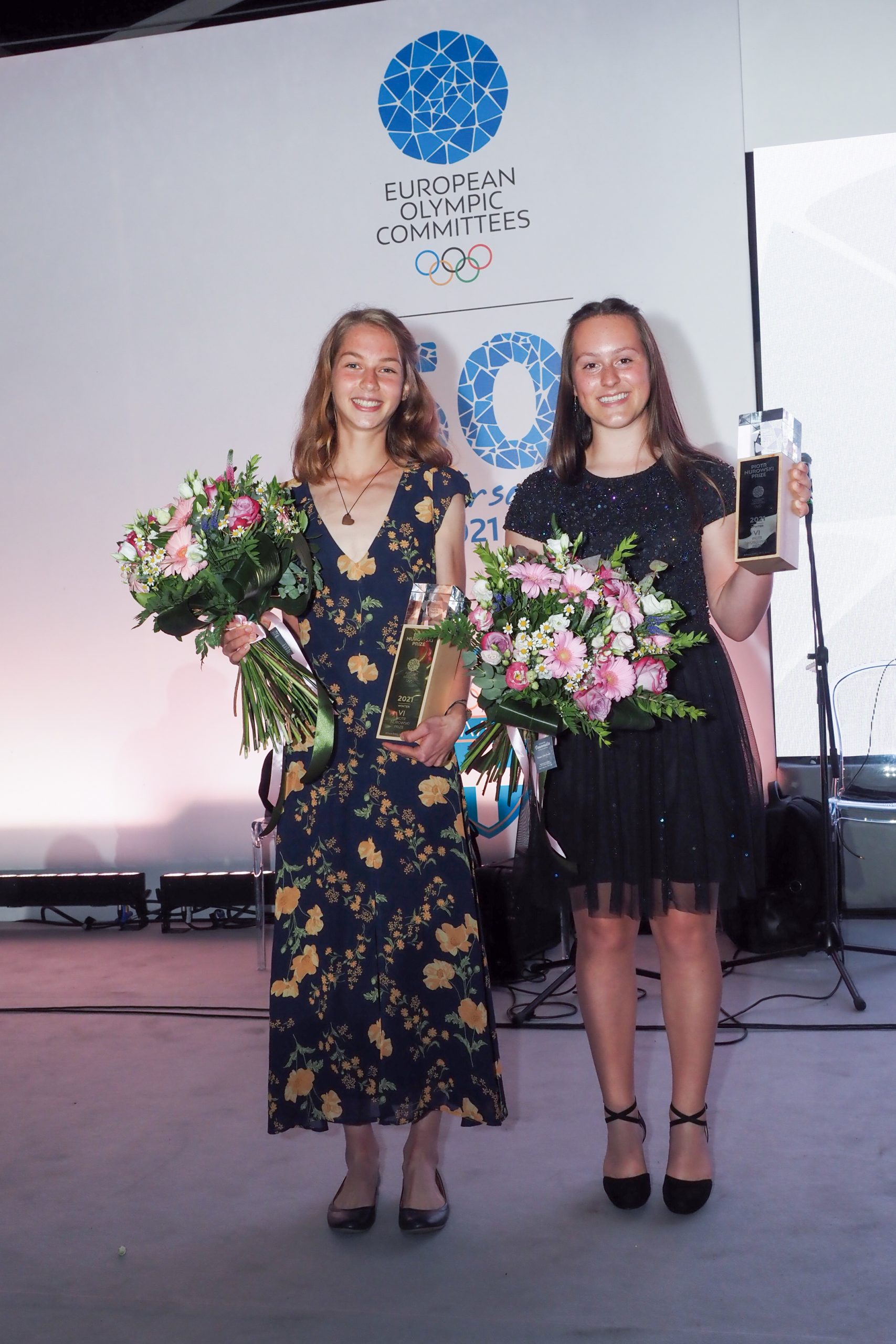 “When I was very young I was terrible at sports and I would never even dream of winning a prize like this,” said Repinc. “But success is only 10 per cent talent and 90 per cent hard work. So in the last couple of years I have really trained hard and made lots of sacrifices to be at the point I am right now.”

Born in Jesenice, Slovenia in 2003, Lena started biathlon at the age of 11. At the same time, she also practised cross-country skiing.

A motivated sports enthusiast, she quickly became one of the best young athletes in Slovenia and, over the last two years, has taken her performances to another level. This year, the 18-year-old became the most successful athlete at the IBU Youth/Junior World Championships by winning four medals, including two gold, before going on to compete at the senior Biathlon World Championships in Pokljuka, Slovenia.

“What I like about biathlon is that it is so versatile,” she says. “We don’t only do cross-country skiing and shooting, we also do a lot of cycling, running, mountain biking, hiking, roller skiing and something even ski mountaineering and climbing.”

The Olympic Committee of Slovenia Association of Sports Federations describes Lena as “an athlete with very bright future.”

“Biathlon is a sport where patience, perseverance, talent and desire for hard work is needed. All qualities Lena has,” according to the NOC.

“We think that Lena Repinc is a young athlete who fully deserves the PNP award, and we are confident that this will be confirmed by her future results.”

The EOC Piotr Nurowski Prize for Best European Young Athlete was created in 2011 to remember Piotr Nurowski, former President of the Polish Olympic Committee who died tragically in a plane crash a year earlier.

The annual prize is awarded to up-and-coming young athletes who in recent months have showcased not only outstanding sporting achievements but also exceptional conduct on and off the field of play.

Through Nurowski’s example and his memory, the award encourages young athletes to pursue their career in elite sports, and inspires future generations to adopt an exceptional conduct on and off the field of play. Click here for a list of former prize recipients.