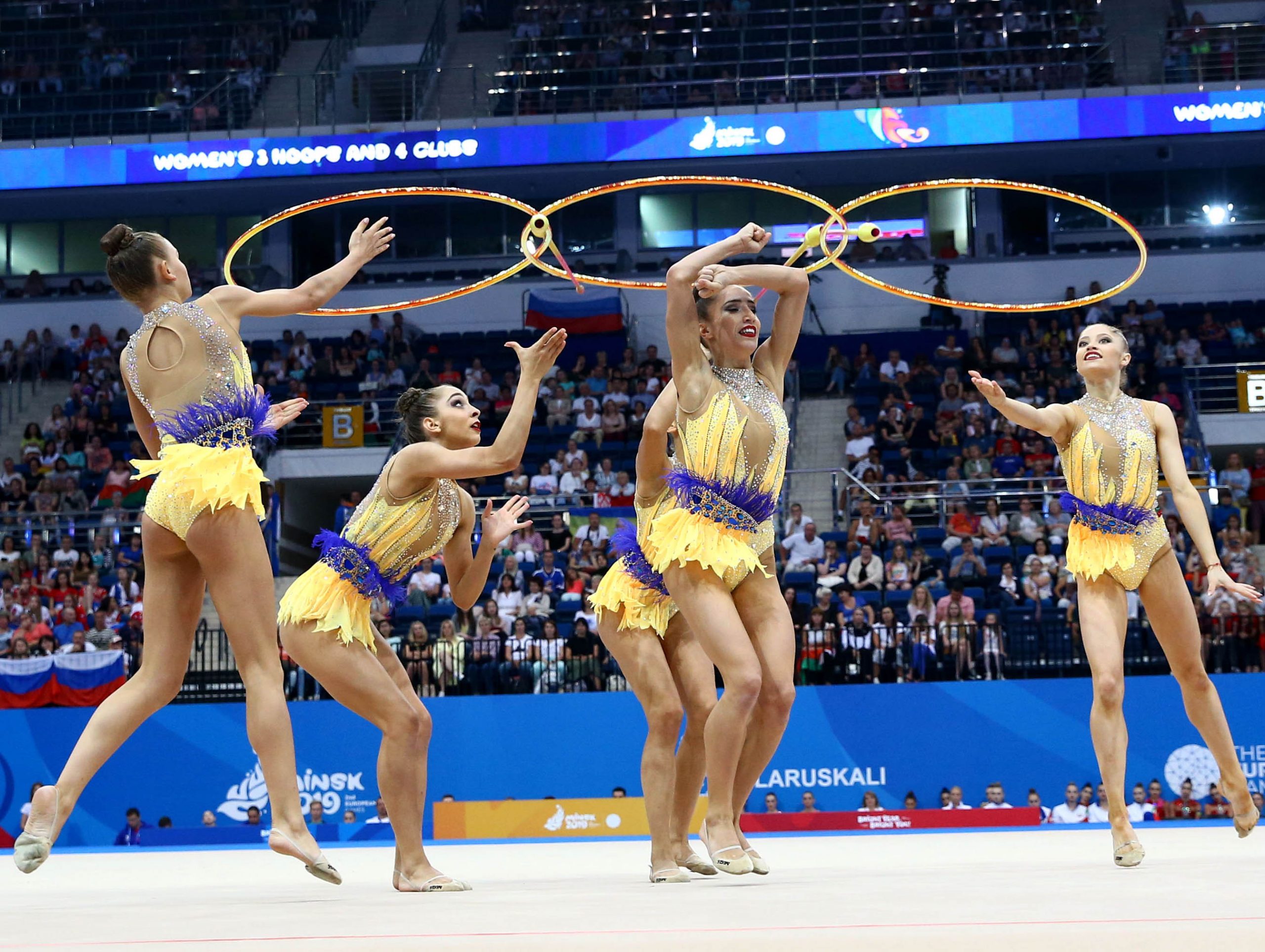 Having medalled in a number of disciplines at the European Games Minsk 2019, Bulgaria’s female gymnasts say they are hungry for more when the rescheduled Olympic Games Tokyo 2020 take place next summer in the Japanese capital.

For rhythmic gymnast Katrin Taseva, the postponement of the Olympic Games has not grounded her dreams of adding to her impressive medal collection. After winning silver and bronze at Minsk 2019, the Samokov native says she is using the extra year as motivation to be even more prepared for her Olympic debut next year in Tokyo.

“As a professional athlete, I had to adapt quickly and, with my teammates, we found ways that were innovative for us to train – at home, online, in a park or anywhere training was allowed,” she said. “The postponement has had a positive influence on us as we can be better prepared and work more on our routines.” 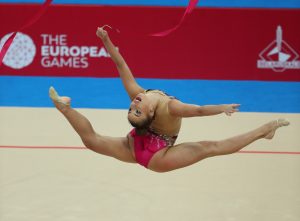 As a member of the Bulgarian national team for the last 10 years, Taseva is no stranger to international competitions, which certainly played in her favour while competing in Minsk last year.

“The European Games were a wonderful experience, it was like a small version of the Olympic Games,” said Taseva, who in 2018 was named Bulgarian Sportswoman of the Year. “The format is very similar and being among the best athletes in Europe was very pleasant.”

“The European Games were definitely one of our favourite competitions,” the quintet said in a group interview. “We were very happy to feel the emotion of being in an Athletes’ Village, sharing a lot of mutual support with the other Bulgarian athletes.

“We are happy that we managed to win medals both in the all-around and apparatus competitions. It was definitely very good preparation towards the Olympic Games.”

They are now excited to repeat the experience on a global stage in Tokyo and are looking forward to interacting, in the safest way possible, with athletes from across the world when they come together at the Olympic Village.

The main goal, they say, is to keep themselves motivated in the year leading up to the Games in the absence of competition. Having already qualified for Tokyo 2020, the gymnasts are focusing on staying in peak physical condition as they pursue their ultimate dream of reaching the Olympic Games podium at the newly constructed Ariake Gymnastics Centre next year.