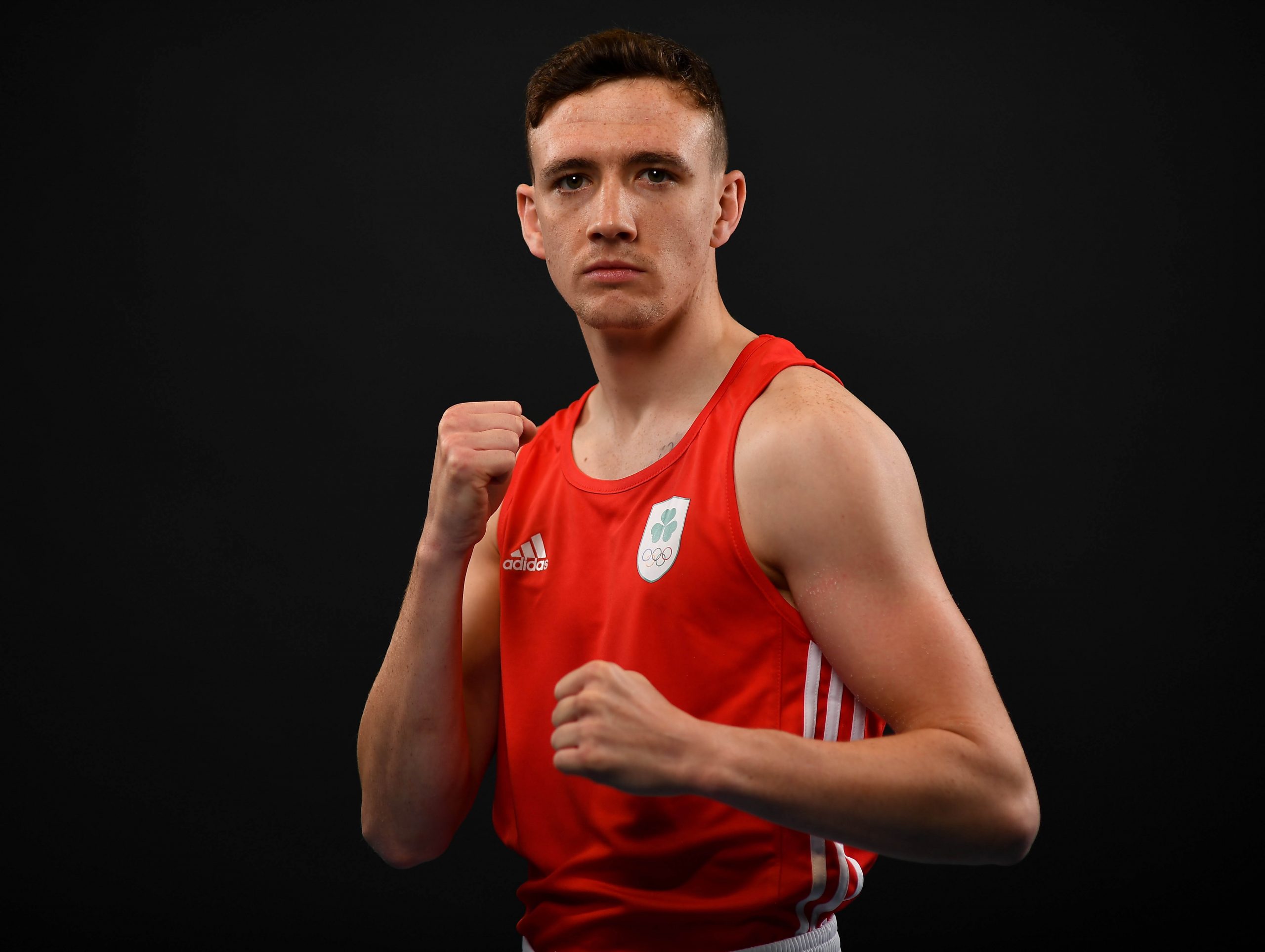 ROAD TO TOKYO: IRISH BOXER IRVINE READY TO RUMBLE IN 2021

Qualifying for the Olympic Games is a very special moment for any athlete. But becoming the last athlete to do so before Tokyo 2020 was postponed earlier this year has given Irish boxer Brendan Irvine a unique story to tell.

“I was walking into the [Copper Box in London] for the European Qualifiers when I hear someone mentioning that it’s the last day of the tournament,” the 24-year-old flyweight says. “We knew nothing, but together with my support team we ignored the comment, I went on to fight, won, then came out of the ring and was told by the coaches that there was no more tournament – that was it.”

Having never experienced a tournament being cancelled midway through, and with a pandemic quickly sweeping across Europe, it was a surreal experience for the young pugilist. The circumstances were all the more confounding for Irvine because he was on a social-media moratorium during training and therefore had no access to the news or any concept of the seriousness of the situation.

It has certainly been a rollercoaster ride this year as Irvine dug deep to stay positive and find the motivation to continue preparing for Tokyo, especially with some voices predicting that the Games will not happen next year.

“I do believe the Games will happen,” he says. “It’s the biggest sporting event in the world and with some sports events still taking place, I don’t see why they would happen and the Olympics wouldn’t.”

Being selected to represent Ireland at the Olympic qualifiers came as a bit of a surprise after Irvine missed out on competing at the European Games Minsk 2019 last summer due to a broken foot.

“The European Games in 2015 was one of the best tournaments I have ever been to,” says Irvine, who won silver at the event. “Everything about it was top class: the facilities, the accommodation, the food. The Games really gave me a boost and laid down a marker for me in the international scene.”

The prospect of being able to train and fight again following the lockdown earlier in the year and the further restrictions that ensued is something that Irvine relishes. “The whole team is feeling really positive at the moment and we are focusing on controlling the things that we can control in training and keeping fresh. There is no pressure on me now to qualify, it’s just about getting better, that 1 per cent every day.”

The Irishman is full of confidence and while he hasn’t set himself any targets, he is focusing on what he can do to improve. Having dreamt of being at the Olympic Games since he was a child, he readily admits that he was perhaps a little overwhelmed by the whole experience at his first Olympic Games in Rio back in 2016 and didn’t really get into a proper groove during the tournament. But with Tokyo on the horizon, the lessons he learnt at the Games four years ago should stand him in good stead for his second swing at the Olympic ring in 2021.

The “Wee Rooster,” as he is affectionately known, also speaks very highly of the support system in Ireland, from the governing bodies to his boxing club St Paul’s. He has received a great deal of assistance during the pandemic, including online classes, access to equipment, and other guidance while stuck at home. “It was unbelievable,” he says. “If I needed anything, I could pick up the phone and there was always someone there to help.”

Like many other athletes, these difficult times has given Irvine more time to spend with his family and reflect on what life will look like after boxing.

Thankfully that time has yet to come, and Irvine is looking forward to getting back in the ring and perhaps create another bit of Irish sporting history when the Games take place in Tokyo next summer.