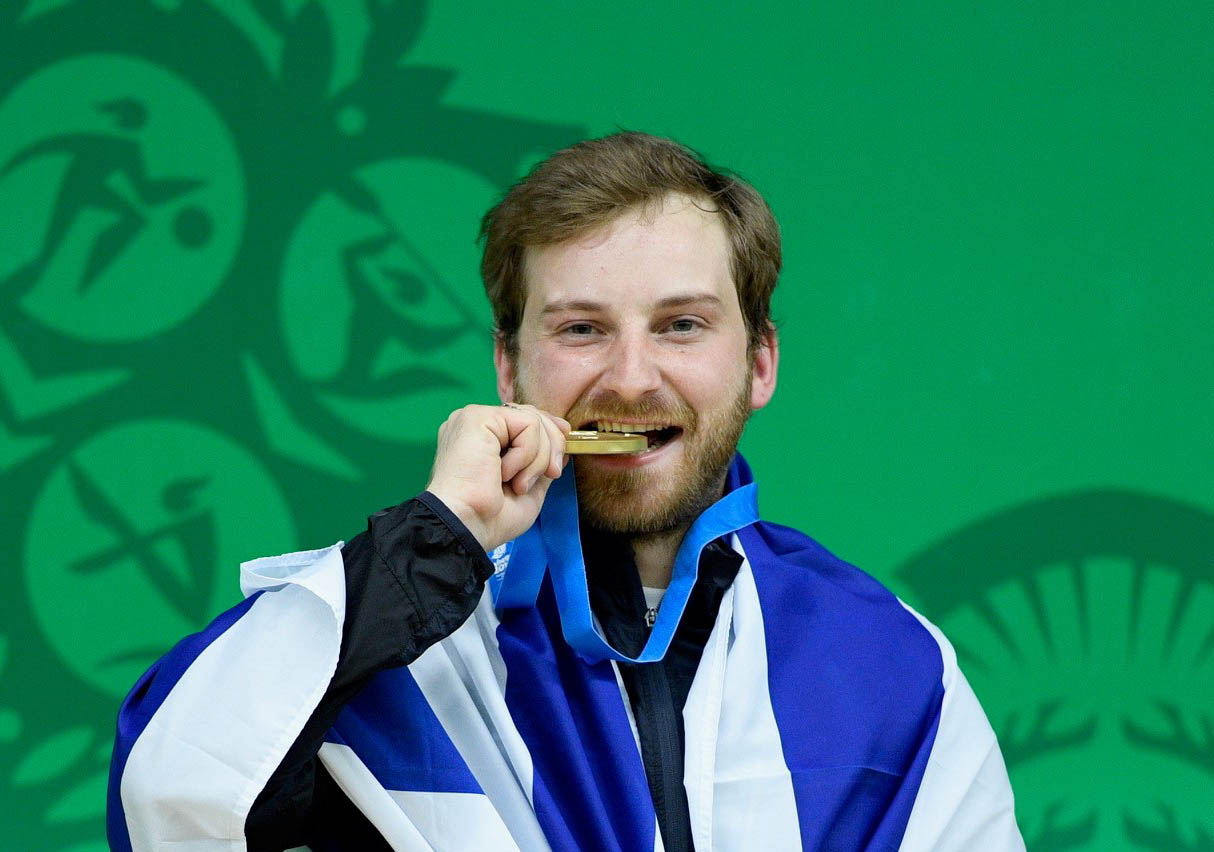 ROAD TO TOKYO – ISRAEL’S RICHTER HAS OLYMPIC PODIUM IN CROSSHAIRS

For Israeli shooter Sergey Richter, the Olympic Games Tokyo 2020 have been a long time coming.

That’s because Richter qualified automatically for Tokyo 2020 way back in June 2019 after winning the 10-metre air rifle event at the European Games in Minsk. With Tokyo 2020 postponed by a year due to the COVID-19 pandemic, Richter has been counting down the days to the start of the Olympic Games for 738 days already, with 22 days still to go.

Asked what he is most looking forward to when he finally gets to the Japanese capital, Richter says simply: “To arrive there and to see it really happen.”

“My goal is to wake up on the morning of 25 July [the date of the 10-metre men’s air rifle qualification and finals] at the peak of my mental and physical concentration, to take the shuttle bus to the Olympic shooting range in Tokyo and to do my best!”

He’s certainly had plenty of time to think about it. Richter says he is doing his best to stay in good shape in the run-up to the Games, although it has been difficult with rules constantly changing along with the different waves of the pandemic.

And like many of his fellow Olympians, the 32-year-old has found the lack of competition over the last year and a half to be one of the biggest hurdles to overcome on the road to Tokyo.

“I have never been in this kind of situation in my career where I have to adapt myself to a totally empty year and to stay in a high mental and physical shape for one year without any high-level competition,” he says. “But you have to stay creative and to look forward because the goal is still the same.”

Securing a medal will be the aim at Tokyo 2020 after missing the podium at his first two Olympic appearances at London 2012 and Rio 2016. An Olympic medal would certainly compliment Richter’s already impressive collection of hardware, which includes 7 World Cup medals (1 gold, 3 silver and 3 bronze) a European Championship title and a shared junior world record, in addition to the European Games gold he won in Minsk and the bronze he collected at the first edition of the Games in Baku in 2015.

Richter will be heading to Tokyo in fine fettle, having won silver last month at the 2021 European Championships in Croatia in the 10-meter air rifle competition.

“It’s always very exciting to bring the flag of my country to the podium, especially for a small and young country like ours,” says Richter, who is currently ranked 8th in the world by the International Shooting Sport Federation (ISSF). “On a personal level I have a lot of people behind my back for many years that push me forward to the top and of course they are part of any success. So actually it’s a team effort, and in my team there are a lot of people who deserve to be proud of our success.”

Looking ahead, Tokyo 2020 is likely to be a radically different experience to Richter’s first two trips to the Olympic Games, with no foreign spectators (and possibly no local fans either) among a raft of measures being implemented to protect the health of the participants and local population during the pandemic. Richter acknowledges that these won’t be normal Games, but he’s still excited to be going and is taking everything in his stride.

“It will be a different Olympic Games, but it is still the main event for any athlete,” he says. “I’m coming to do my work and I will try to do it in the best way I can, because I worked for it so hard for so many years.”

The shooting events at Tokyo 2020 will take place from 24 July to 2 August at the Asaka Shooting Range, which also hosted the shooting competition at the Olympic Games Tokyo 1964.