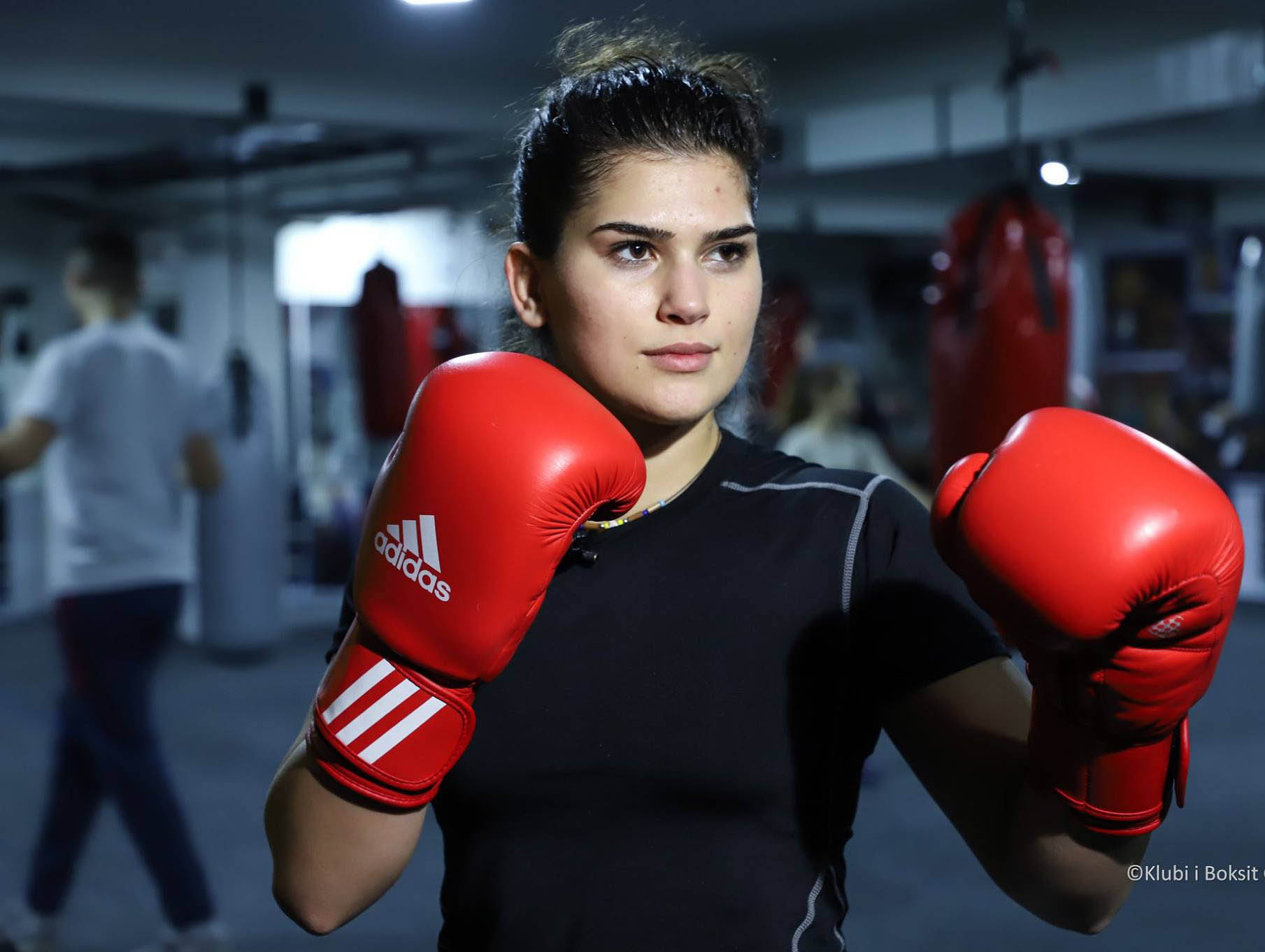 It may be early in her career, but Donjeta Sadiku has already had to learn the art of patience.

As a boxer she is accustomed to waiting for her moment, but right now the Kosovar athlete is having to sit tight and wait for her chance to wrap up qualification for the Olympic Games Tokyo 2020.

The 21-year-old was halfway through the European Olympic Qualifying Event at the Copper Box in London’s Olympic Park when the tournament was put on hold due to the coronavirus pandemic.

Sadiku was two victories away from qualifying for her first Olympic Games, but now must wait until the tournament is rescheduled to book her place.

“I went to London with the goal of qualifying, but because of the COVID-19 pandemic, the qualifiers have been stopped,” she said.

“It means I will have to try and continue where I left off. I am two fights away from my goal and I believe in myself.

“My main goal is to win the London Olympic tournament. I hope to be healthy and I strongly believe that I will qualify for Tokyo 2020.”

Sadiku began boxing at the age of 12. She had previously tried a number of martial arts, but it was boxing that stood out for her and she quickly became a fixture at the BK Gollaku Club in Kosovo’s capital, Pristina.

After winning the Kosovan Schools’ Championship in the 54kg and 60kg divisions, she made the boxing world sit up and take notice when she won silver at the Chinese Taipei 2015 Women’s Junior World Championships in the Lightweight -60 kg division.

The orthodox-stance boxer picked up more experience in 2018 at her first European Championships in Sofia, Bulgaria.

A year later Sadiku was part of the Kosovo team that competed at the European Games Minsk 2019, the only female boxer in the delegation. To show her growing stature in Kosovan sport, she was given the honour of being the country’s flag-bearer at the Opening Ceremony.

“Switching to senior was a bit more challenging but not that difficult,” she said. “Normally the intensity of training in senior is different from youth, but for me this has not been a problem at all.

“Minsk was a teaching experience for me and an unforgettable experience. Since then my dedication and purpose in boxing has grown even more.”

Following the onset of COVID-19, Sadiku has been working hard to keep physically fit and mentally sharp so that she can get straight back to her preparations for the Tokyo 2020 qualification tournament when a date is eventually set.

Back in the ring

In October she did manage to get back in the ring for competition when she took part in the Balkan International Women and Women’s Youth Boxing Tournament.

It was an impressive return and Sadiku finished with silver after losing to reigning -60kg world champion Beatriz Ferreira of Brazil.

The result showed that Sadiku has put the extra year’s preparation to good use, and that when the qualifiers do resume, there is every reason to believe that she will book her ticket to Tokyo 2020.

“Maybe it would have been good to continue competing this year but having to postpone it for a year is in my best interest, because it will give me even more experience,” she said.

“I really enjoyed [boxing in London earlier this year] and I was in my best shape. I was happy with my performance against the German Maya Kleinhans in my first fight.

“Nothing has been achieved yet, but I think the end will be happy for me.”