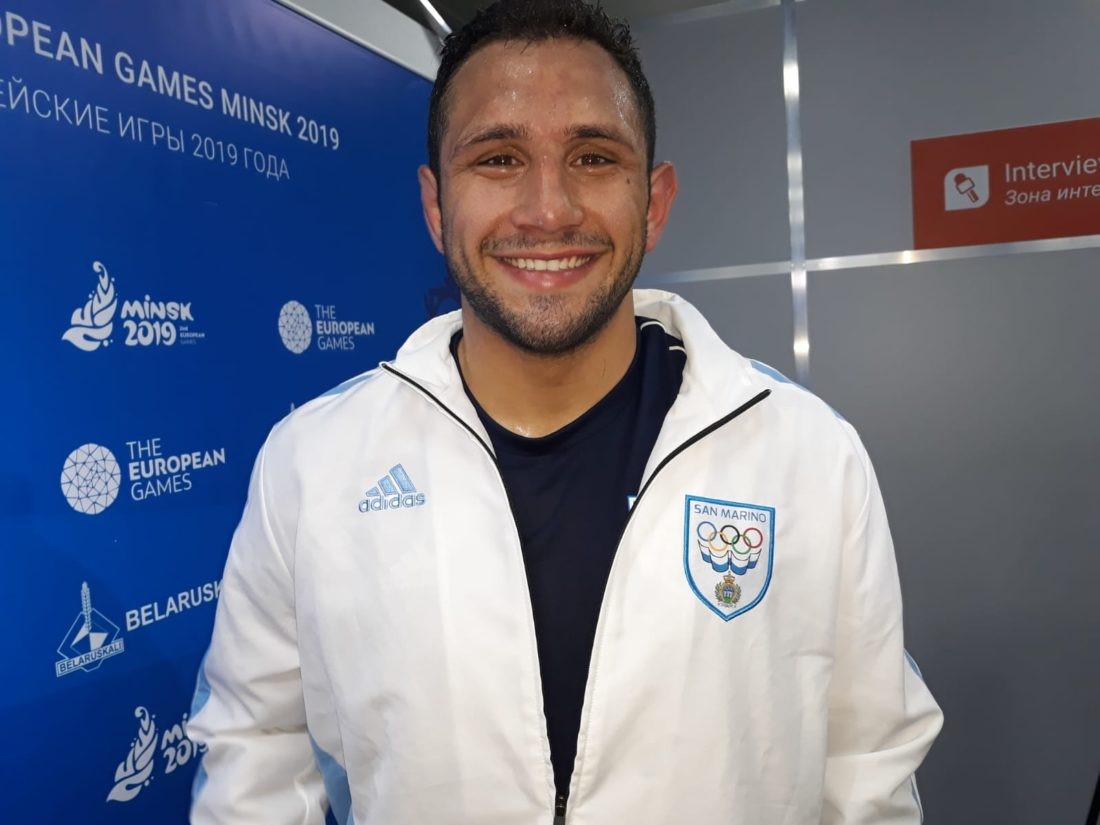 Wrestling runs deep in the family of San Marino’s Myles Amine, who is preparing to follow in his grandfather’s footsteps when he appears at the Olympic Games Tokyo 2020 this summer.

Born in the US state of Michigan to his Sammarinese mother and American father, the 24-year-old Amine was raised on a steady diet of wrestling and the Olympic Games thanks to the pedigree of his paternal grandfather, Nazim, who competed for Lebanon at the Olympic Games Rome 1960.

Myles’ father was an NCAA finalist and four-year letterwinner at the University of Michigan (1986-89), while his uncle also wrestled for the university (1988-90). Carrying on the tradition along with Myles are his brother, Malik, and cousin, Jordan, all proud Wolverines.

Having qualified for Tokyo 2020 at the 2019 UWW World Championships, where he finished fifth in the men’s freestyle 86kg, Myles is now waiting to see if his brother can replicate the accomplishment in April to make it a real family affair this summer in the Japanese capital.

“Malik is doing very well,” Myles says. “He has the same training programme as mine and he is improving himself. In April he will have the chance to qualify himself for the Olympics and I am confident that he could do it.”

Looking back on 2020, Myles says it had all the makings of an unforgettable year after he won silver at the European Championships in Rome and graduated from college. Competing at Tokyo 2020 was set to be the icing on the cake. The year proved to be extraordinary for other reasons, thanks to the pandemic and subsequent postponement of the Olympic Games by a year, but far from being discouraged, Myles simply doubled down on his training and kept his eyes on the prize.

“COVID-19 had a huge impact on my life. But my coaches [who include two-time Olympic and multiple world champion Sergei Beloglazov] have prepared an excellent programme that fits with the new competition calendar and I train almost every day, trying not to ignore anything,” he says, adding that the pandemic has at least made him a little more tech-savvy. “I am also now very familiar with technology and video calls, which helps immensely.”

Myles has enjoyed success on the mat on both sides of the Atlantic, winning medals in the NCAA Division 1 Wresting Championships and the Big Ten Championships stateside while also taking bronze at the European Games Minsk 2019, the only medal for San Marino at the event. His performance in the Belarus capital led to him being named Sammarinese Athlete of the Year in 2019 at the 60th anniversary celebrations for the National Olympic Committee of San Marino (Comitato Olimpico Nazionale Sammarinese).

Despite being the top-ranked NCAA wrestler in the 184-pound category in the United States and increasingly being noticed on the global stage with his string of podium finishes, Myles says he is not feeling any additional weight on his shoulders as the Olympic Games approach.

“I can feel no pressure,” he says. “These results increase my will to improve and raise the bar. I expect to do better every time I am on the mat and I try to give all of myself. The medals so far only intensify my confidence and allow me to readjust my objectives and aim higher.”

He is also eager to go toe to toe with the best wrestlers in the world in Tokyo – and avenge a few losses in the process. “I want to fight at the best of my abilities and hopefully get my own back for my defeats against the Russian and Iranian fighters, who are the top fighters in my weight category. I believe in myself and I know that all the hard work will pay off.”

Amine is very much looking forward to his first Olympic Games and carrying on the tradition started by his grandfather. He will do so as a proud citizen of San Marino and is grateful for the support he receives from the people of the republic, who follow his exploits with great interest.

“[Their support] makes me really happy. This is part of my dream coming true and I am glad to be followed. I hope to pay this attention back,” he says. “I am really proud to be a Sammarinese citizen, to wear its colours and to have the flag on my uniform. Even if I live in the United States, The Republic of San Marino will always be the place where my family comes from. I love to bring attention to San Marino and to tell people about San Marino’s history.”

This summer in Tokyo, supported by a family that now clearly includes the 34,000 inhabitants of San Marino, Amine may well be adding his own name to the country’s long and storied history.

We wish him well on his Olympic journey!