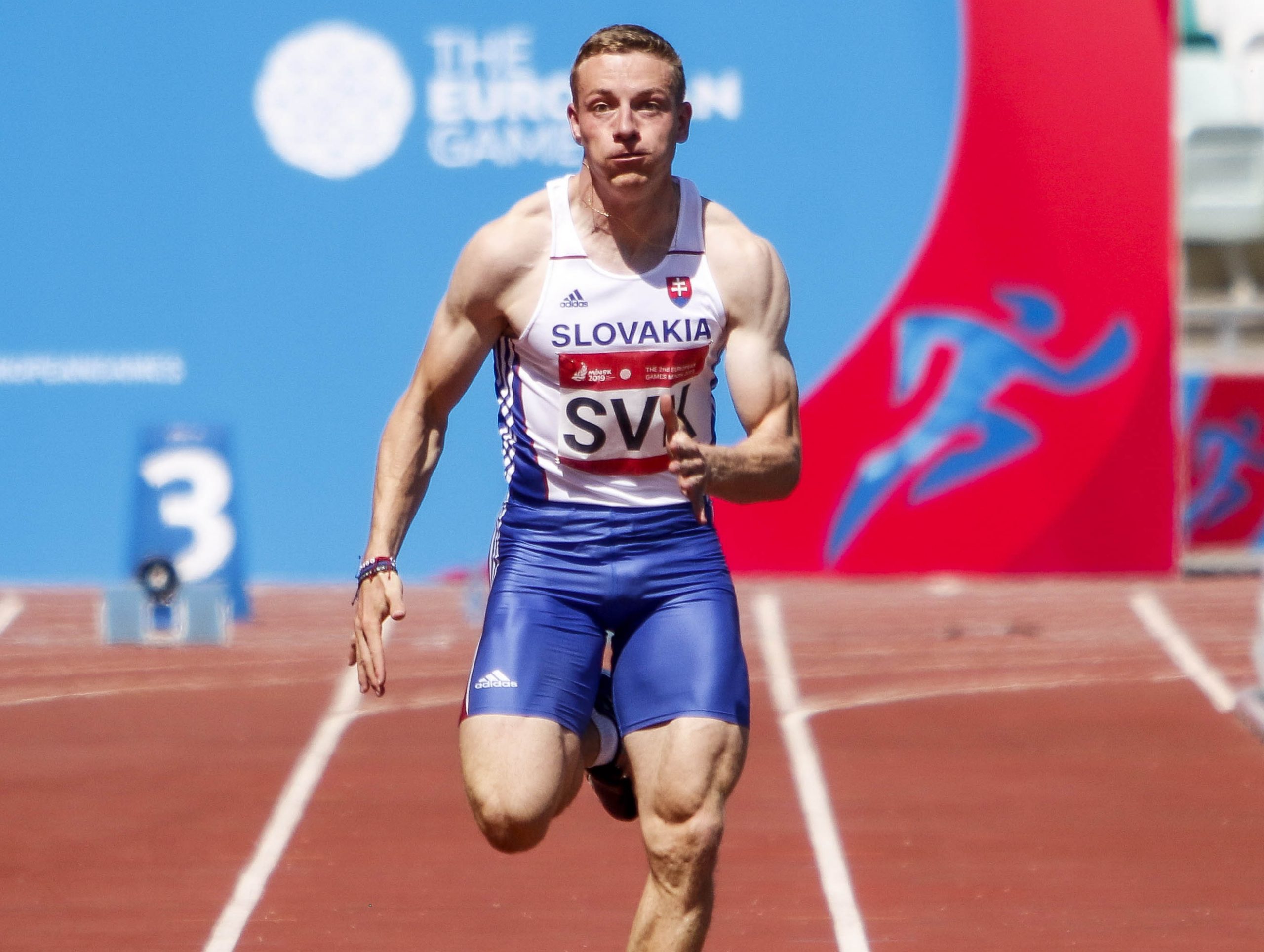 ROAD TO TOKYO: SLOVAK SPRINT STAR IN THE BLOCKS FOR FIRST OLYMPIC GAMES

Slovak sprint champion Ján Volko has already had a taste of world-class competition but is still aiming to qualify for his first Olympic Games.

The national record holder in the 60m (indoor) and 100m and 200m (outdoor) qualified for his first major championships back in 2015 when he competed at the European Indoor Championships in Prague and later went on to win a European Games silver medal at Minsk 2019.

Fast forward five years and the 23-year-old Bratislava native is under pressure to find opportunities to qualify for the postponed Olympic Games in Tokyo next summer.

Under the watchful eyes of coaches Nada Bendova and Robert Krescanko, Volko has already won a European U23 championships (2017) and a European Indoor title (2019) and started 2020 in fine form, setting a new national indoor 60m record of 6.55 in Madrid.

Since then, however, opportunities to compete have been limited as a result of the COVID-19 outbreak, which drastically impacted his preparations. “The whole postponement of the Olympic Games has been a big challenge for me,” Volko said. “Our entire preparations were altered, we had to rethink our training with a new approach. After a very successful indoor season, it caused us problems due to the fact that without competitions, even running the Tokyo qualifying time, it wouldn’t have counted.”

Like most athletes around the world, Volko found himself quickly adapting to the situation as best he could. “The whole preparation process was one big innovation method and we had to adapt a lot to what was available. Whether it was training in the garden (which was the first innovative thing we did: weights in the garden) or sprints at the football stadium where we often ran in track shoes on grass, which is not very common or normal but I think we managed pretty well.”

The postponement did give Volko plenty of time to reflect and change his habits. “I think I started to value health more, I started to invest more time in recovery and to spend more time with the people I love. I realised that such things are not a given and anything can happen in this world.”

Unfortunately for Volko, his woes were compounded in July when he suffered a thigh injury that forced him to miss a few events just as athletics competitions were slowly resuming.

“Simply put, it’s a sport, injuries happen,” he told Šport.sk. “In sprint we move on an edge, a small step separates us from good performance, and an equally small step from injury. That’s what top sport is all about – the body and muscles are heavily loaded and things like that happen.”

On the bright side, he admitted that it was a lot easier to accept the injury this year now that Tokyo 2020 has been postponed rather than during an actual Olympic year. The rising star hopes to be fully fit again soon and back on the track vying for more medals and a chance to appear at his first Olympic Games next summer in Tokyo.