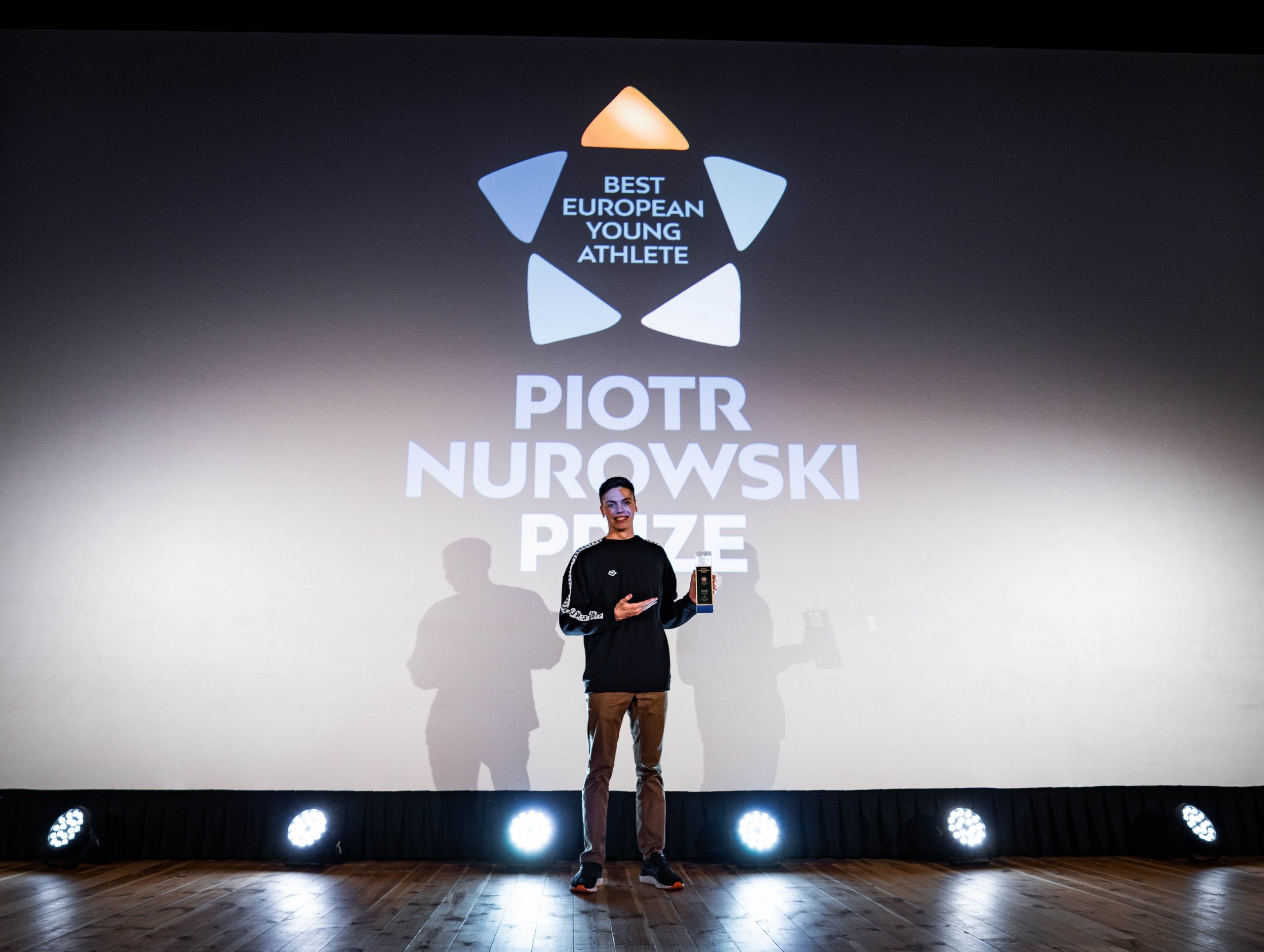 The European Olympic Committees (EOC) is delighted to announce that Romanian Swimmer David Popovici has been crowned the winner of the 2021 Piotr Nurowski “Best Summer European Young Athlete” Prize.

Popovici won 37 percent of the votes cast by participants at the 41st EOC Seminar taking place at the X-Bionic Hotel in Samorin, Slovakia.

At age 16, Popovici was the youngest athlete on Team Romania at this year’s Olympic Games Tokyo 2020. He claimed the 10th Summer Piotr Nurowski Prize ahead of Adriana Vilagos from Serbia (athletics), Adriana Cerezo Iglesias from Spain (taekwondo), Sky Brown from Great Britain (skateboarding), and Viktoria Listunova from Russia (artistic gymnastics).

Born in Bucharest, Romania in 2004, David is a top-class freestyle swimmer. He first made a splash on the international scene in 2019 at the European Youth Olympic Festival (EYOF) in Baku, where he won the gold medal in 100m freestyle and silver in both the 50m and 200m events.

His favourite memory of his young career so far was the moment before competing at the Olympic Games Tokyo 2020, where he finished fourth in the Men’s 200m Freestyle and seventh in the Men’s 100m Freestyle. He says he will never forget the feeling of standing poolside before the competition next to his rivals.

When asked by a journalist in Tokyo his thoughts about losing out on the medals, Popovici, who finished “a fingernail” from the podium, replied: “I just finished in fourth place. I am the fourth-best in the world!”

He continued: “After that answer I realised what the Olympic spirit means to me and what it actually represents. Being able to participate at the Olympic Games … not necessarily winning but getting the experience from it.

“My mission, even though I am still young, is to inspire people, kids, to be like me, no matter the age,” he continued. “Every time somebody comes up to me to get their picture taken, little swimmers say they want to be like me, it just warms my heart. It makes me want to inspire as many people as possible and that’s what I am going to continue to do.”

The EOC Piotr Nurowski Prize for Best European Young Athlete was created in 2011 to remember Piotr Nurowski, former President of the Polish Olympic Committee who died tragically in a plane crash a year earlier.

The annual prize is awarded to up-and-coming young athletes who in recent months have showcased not only outstanding sporting achievements but also exceptional conduct on and off the field of play.

Through Nurowski’s example and his memory, the award encourages young athletes to pursue their career in elite sports, and inspires future generations to adopt an exceptional conduct on and off the field of play. Click here for a list of former prize recipients.