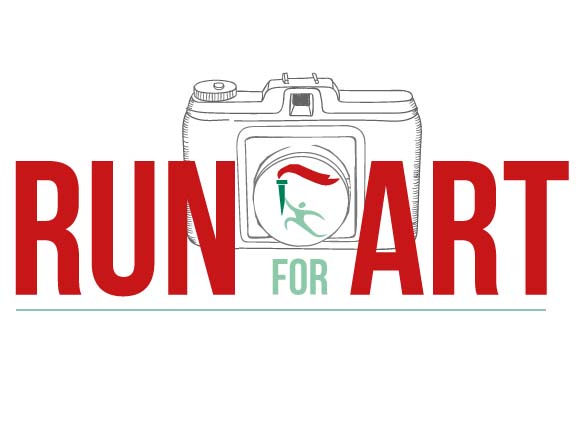 The 5th edition of the Run for Art exhibition has kicked off at the International Mugham Center in Baku, Azerbaijan, where it will run from 6-16 April. Run for Art combines art and sport through an international contest for young photographers under the age of 35. The contest was conceived by the Italian Giulio Onesti Foundation and this year will feature the participation of over 100 photographers from 37 countries.

The 5th edition of the exhibition was curated by Italy’s first Olympic medallist in swimming, Novella Calligaris, who is a member of the Executive Board of the Onesti Foundation. The exhibition was organised in partnership with the National Olympic Committee of the Republic of Azerbaijan on its 30th anniversary and to mark three decades since the establishment of diplomatic relations between Italy and Azerbaijan.

Forty photographs under the theme of The five new Olympic sports: The contemporary challenge to ability and disability are on display as part of the exhibition. The photographs focus on the evolving concept of sport for young generations, as well as on the introduction of new sports at the Olympic Games Tokyo 2020 (baseball and softball, karate, skateboarding, sport climbing, surfing) and their growing popularity amongst parasport athletes.

In parallel to competitive sport, there ultimately had to be winners from the hundreds of talented photographers who entered. Only 40 photographers were selected as finalists for the competition, with the winners selected by a jury that was chaired by Ivo Ferriani (IOC Executive Member, President of the IBSF, AIOWF, and GAISF). The jury included leading individuals from all relevant fields, such as art, sport, media, and business.

The winners of the 5th edition were:

The exhibition was opened in the presence of Mrs Claudia Giordani, a member of the Executive Board of the Giulio Onesti Foundation and Vice-President of the Italian National Olympic Committee (CONI), Mr Claudio Taffuri, Ambassador of Italy to Baku, Mr Chingiz Husseynzada, Vice-President of the National Olympic Committee of the Republic of Azerbaijan, and Mr Anar Karimov, Minister of Culture of the Republic of Azerbaijan. 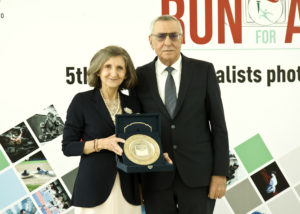 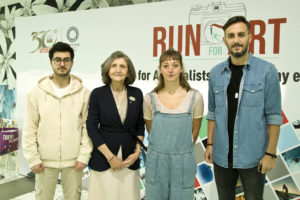 The contest and the exhibition are supported by IOC Olympic Solidarity and the Istituto per il Credito Sportivo (ICS), which is a founding member of the Giulio Onesti Foundation. A digital version of the exhibition, enriched with critical texts and classical music, directed by Lorenzo Porzio, orchestra director and Olympic bronze medalist in rowing, is available at runforart.com.

About the Giulio Onesti Foundation

The Giulio Onesti Foundation – Italian National Olympic Academy is a not-for-profit organisation focused on the promotion of the culture and values of sport, with its activities primarily addressing younger generations. The Foundation is named after Giulio Onesti, former President of the Italian National Olympic Committee (1946-1978) and a key figure in sports history, both nationally and internationally.