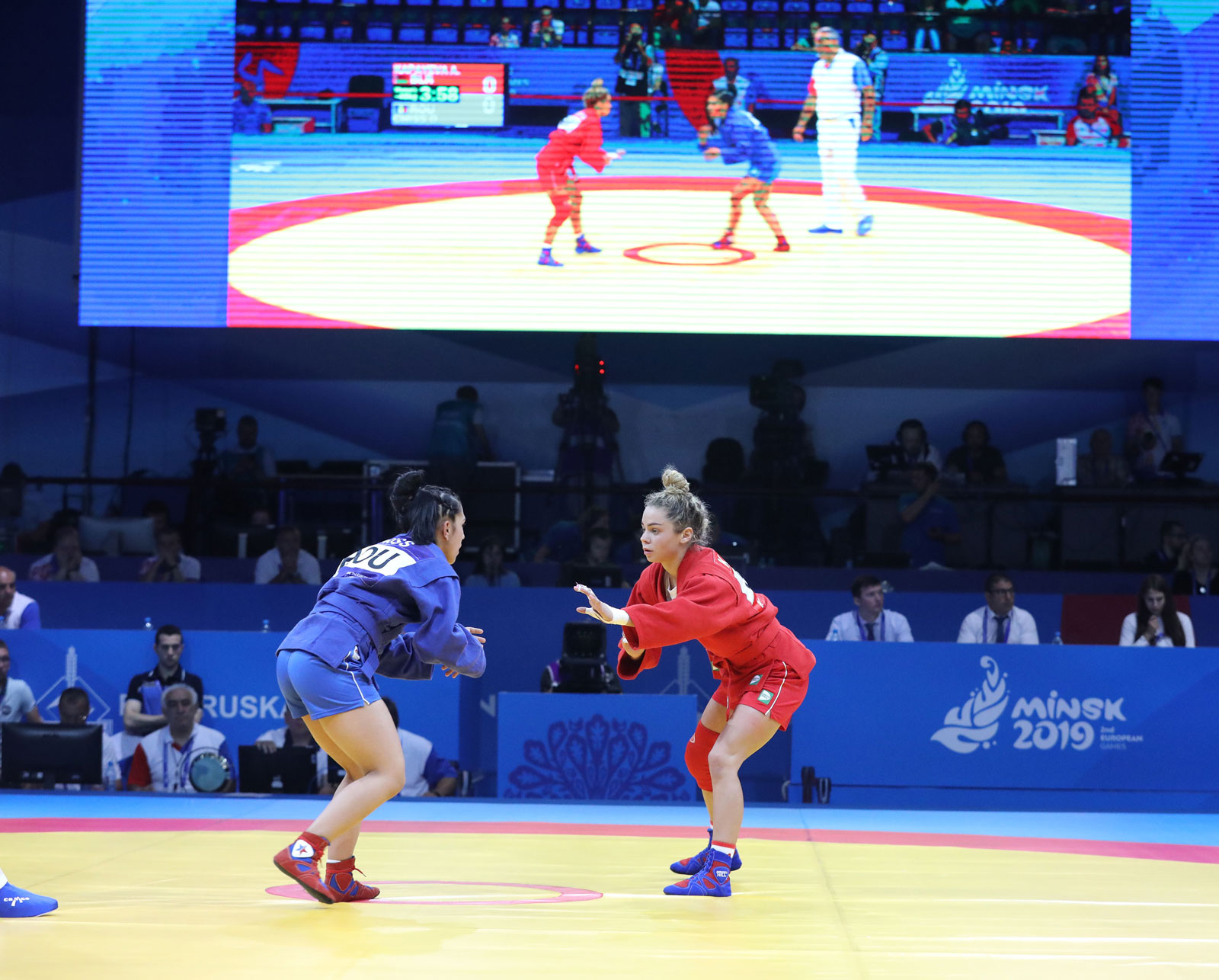 After being part of the inaugural European Games Baku 2015, sambo is back stronger than ever at this year’s European Games in Minsk. Ahead of the sold-out preliminary round today at the Sports Palace, the EOC spoke to some of the athletes about their fighting experiences so far as well as ways they are increasing the sport’s popularity in their home countries.

Sambo came into being in the 1920s as part of the hand-to-hand training regimen created for the Soviet Union’s Red Army, and has a long tradition in Eastern Europe.

However, since being granted provisional International Olympic Committee recognition last year, sambo is becoming more and more popular in other places around Europe.

Ferenc Siranko is one of about 100 sambo fighters in Hungary. He says it is “fantastic” to represent his country at the European Games Minsk 2019. “This is a big thing for me and my coach, and we are happy about what we’ve accomplished so far.”

Siranko’s coach, Imre Papp, is the founder and President of the Hungarian Sambo Federation and the very first person to introduce the sport in the country. After witnessing one of the matches, he became fascinated with sambo, and has since made it a priority to grow its popularity in his homeland.

“In 2007, I had a dream,” Papp says. “At the time, I was a professional Muay Thai fighter, but I wanted to know how to become a sambist. That’s why I went to Ukraine and Russia to learn, so I could teach the sport to my boys – and girls – [in Hungary]. It’s like a mission.” 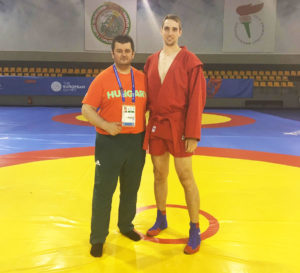 Papp has been undeniably successful in his endeavour so far, given that sambo history was made in Hungary with the staging of the first ever Budapest International Grand Prix on 26 May 2019. The day also coincided with the 10th anniversary of the Hungarian Sambo Federation.

What makes the martial art so unique, Papp says, is the physical and mental focus that is required from the fighters. “Sambo is complex. Everything that you need to fight, you have inside of you.”

The European Games Minsk 2019 are part of Papp’s ongoing mission to spread awareness about sambo. Connecting with other teams around the world, he says, is key for improving and developing your fighting skills, no matter the outcome.

“Attending as many Games as possible is the most important thing. I have been to Belarus before, mainly for the sambo tournaments, and we also have great connections to the Belarusian team. I love Belarus and its people.”

According to his coach, Siranko is one of the best Hungarian sambists in his category (100kg). Despite having lost his two matches today and admitting to being in awe of his opponents’ prowess, he says he remains positive about getting better in the future.

“My first competitor, Viktors Resko from Latvia, was very strong. He is a wonderful fighter, and I have great respect for him,” he says.

Siranko described the competition here in Minsk as “brutal,” which is not all that surprising given the physical pressure the fighters are under.

Unlike some other martial arts, there are fewer rules and restrictions in sambo, allowing a sambist, for example, to lift the opponent’s legs and arms to throw them to the ground. One way of instantly winning a fight is to throw the opponent to the mat on his or her back.

“The most important thing when doing so is to remain standing,” says German sambist Jule Horn. “If you fall, you only receive additional points.”

“The fight is officially won when a sambist is eight points ahead of her opponent,” she adds.

Fewer rules and more freedom is what Frenchwoman Tiphaine Le Gall finds to be the most appealing aspect about the sport. Also a practitioner of judo and Celtic wrestling, Le Gall is no newbie to martial arts, but prefers sambo over the others.

“Sambo is more fun. In judo, there are more restrictions, but in sambo you have the freedom to do whatever you want.”

Le Gall first started her sambo career 11 years ago, and has been particularly excited to showcase her skills for the first time at a European Games.

“I’m very impressed with the European Games so far. The Olympic Village is absolutely fantastic and the Opening Ceremony was just mind-blowing.”

Le Gall’s dream is to represent France in sambo at the Olympic Games, but she assumes she will be too old to participate if it ever makes the cut.

Le Gall competes tomorrow in the quarterfinals of the -68 kg category against Serbian Jandric Ivana. A total of 144 European sambists are in Minsk this week, hoping to win a medal for their country, and therefore become a deserving ambassador of the sport.