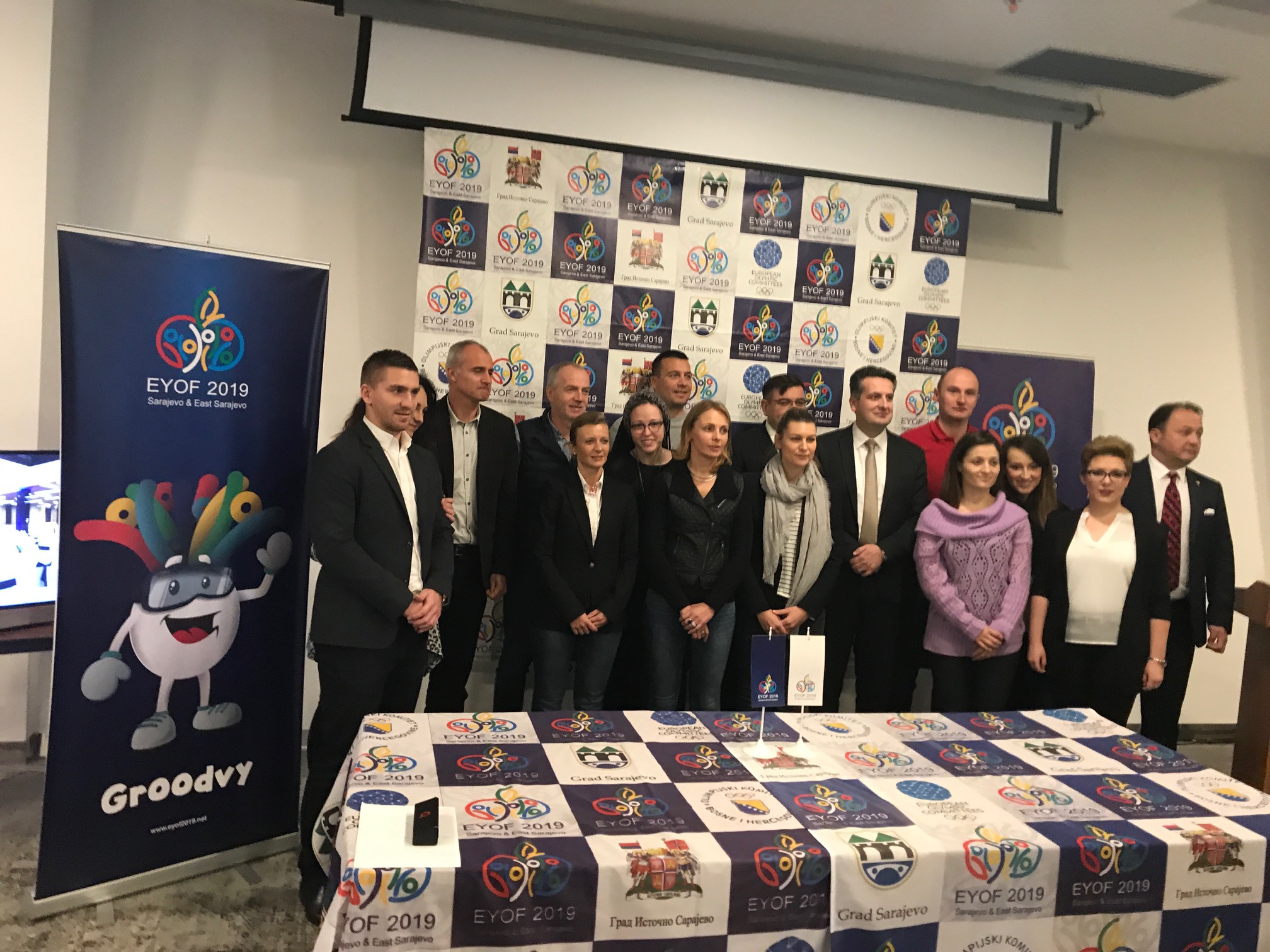 The EOC Coordination Commission for the 2019 Winter European Youth Olympic Festival paid a site visit to Sarajevo & East Sarajevo on last 13 – 15 November in view of the event taking place on 10/15 February 2019.

Chair Jozef Liba, Member Peter Brull, and EYOF Manager Katerina Nycova carried out inspections and held several meetings, with the OC giving an update on preparations. The COCO also met the new Mayor of East Sarajevo and Deputy Mayor of Sarajevo, as well as NOC representatives.

There has been significant progress in the preparations of the 2019 winter EYOF under the leadership of the new CEO Mr Senahid Godinjak. The structure of the OC has been set up, and the leadership as well as the heads of different functional areas are in place.

Plans for the Athletes´ Village and EOC family accommodation in the Hollywood and Hills hotels have been approved. Work on sports infrastructure seems progressing in a satisfactory way in the majority of sports venues. Several test events are planned for January-March 2018.

The OC has started the promo’ campaign also with the recently chosen mascot Groodvy (snow ball). The website will be launched in a few days, and there is now a Facebook page as well.

Invitations to 2019 EYOF will be sent to all NOCs in December 2017 and the first info package will be distributed in January 2018.

In a few days, a delegation from the OC will attend the Györ 2017 Debriefing session in Zagreb, where they will also give delegates at the EOC General Assembly a first presentation on 25th November.