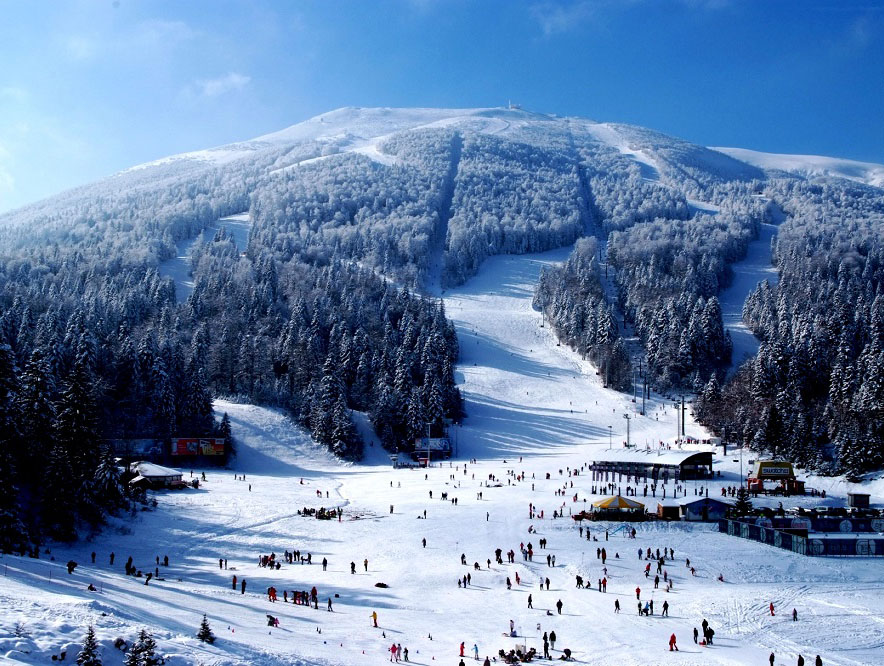 For most of the young winter athletes preparing to participate at the European Youth Olympic Festival (EYOF) Sarajevo & East Sarajevo from 10-15 February, the event represents the pinnacle of their sporting careers thus far and a chance to compete in an Olympic environment, under the auspices of the European Olympic Committees (EOC), for the first time.

For the local communities in the area, however, the EYOF means a great deal more than simply a multi-sport competition and celebration of youth. For the cities of Sarajevo and East Sarajevo, the EYOF is an opportunity for reconciliation, reconstruction and above all hope for a shared, common future as all sides continue to heal from the scars of the Bosnian War that crippled the region in the 1990s.

This is why the motto of this EYOF is “Two Cities, One Dream,” and why the local organising committee is so steadfastly committed to using the weeklong sports festival as a chance to not only prove to the international community that they can work together to host world-class events again, but to prove it to themselves as well.

“To us, we view the EYOF as a chance for our future, as almost all relationships between the people in both cities had broken down,” said EYOF director Senahid Godinjak. “We are looking at this festival as a chance for reconciliation and to build many bridges in many aspects of our lives. In addition to the human legacy, we hope that after showing that we can organise a successful EYOF, we will get more opportunities to host other big festivals, tournaments and races from hockey to alpine skiing.”

The sentiment is echoed by the EOC Coordination Commission (CoCom) for the EYOF Sarajevo & East Sarajevo, which praised the collaborative efforts of both cities while underscoring the unifying power of sport.

“From the beginning, the main goal behind bringing the EYOF to Sarajevo and East Sarajevo was to show the local people that there is happiness in the world, something we can achieve through sport,” said Josef Liba, Chair of the EOC CoCom for the Winter EYOF 2019. “Bringing people together to organise an event that can unify the country is an important message after the difficult and turbulent times of the past. They need to have some sort of bright vision for the future, and if the EYOF is a success, I think it is a good starting point, a good model that demonstrates that even in such a difficult environment we can have a positive perspective for the future.”

Sarajevo, of course, hosted a highly successful Olympic Winter Games in 1984, and it is still fondly remembered by locals old enough to have experienced it firsthand. But that was an idyllic period seemingly frozen in time, before the conflict destroyed so much of the infrastructure in the area, including sporting infrastructure. Much of it was never rebuilt, thereby depriving an entire post-war generation of even having the opportunity to try certain sports that had previously been taken for granted.

While many of the venues for the EYOF have received upgrades, certain facilities, including the biathlon and cross-country venues, had to be built again from scratch.

Today marks 25 days to go until the start of the Winter EYOF, which will once again see the Olympic cauldron lit in Sarajevo at the Asim Ferhatović-Hase Stadium. The flame for the EYOF will be lit at a ceremony in Rome on 31 January.