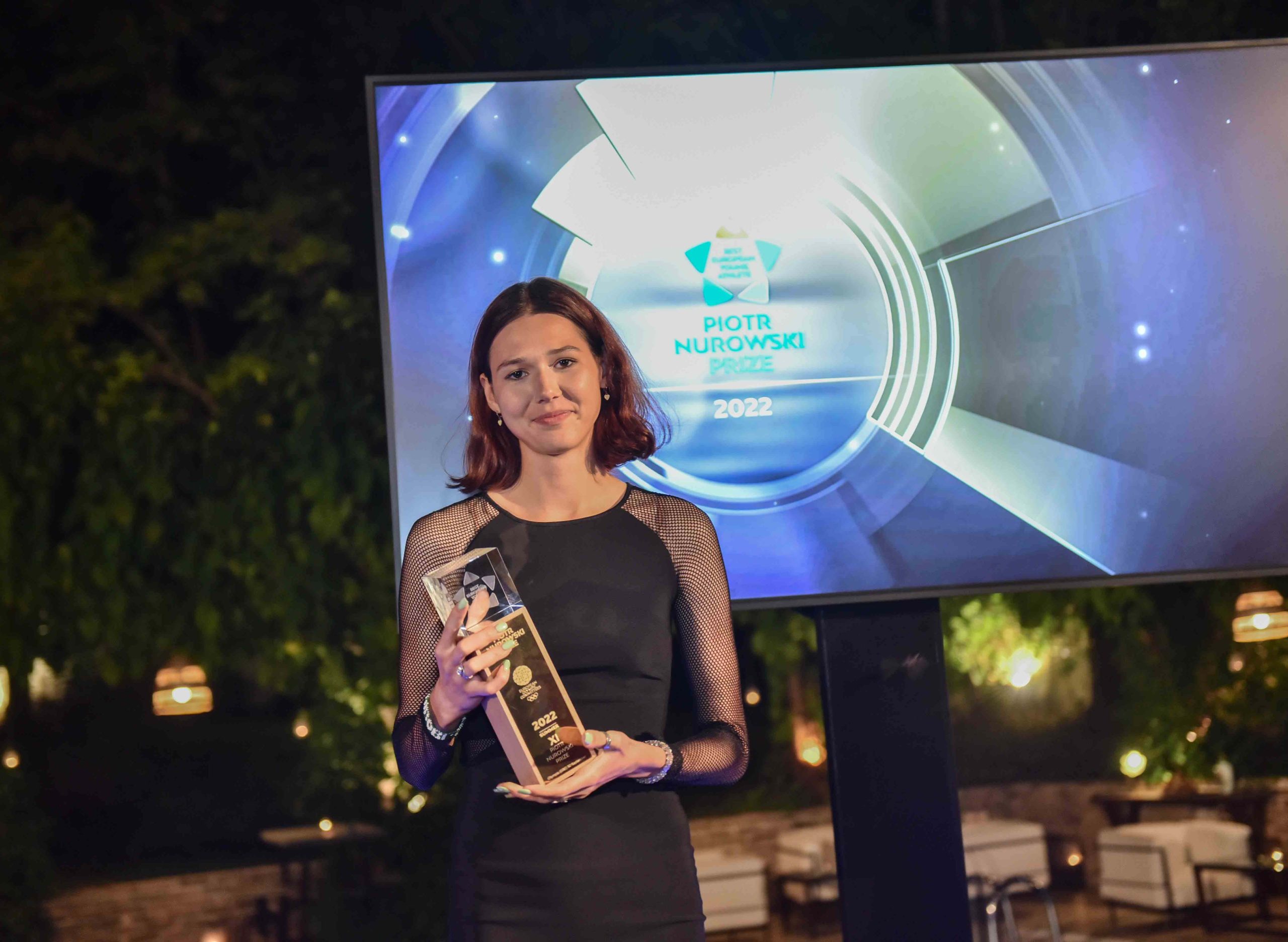 The European Olympic Committees (EOC) is delighted to announce that Serbian High Jumper Angelina Topić has been crowned the winner of the 2022 Piotr Nurowski “Best Summer European Young Athlete” Prize after votes were cast by the European NOCs at the International Olympic Academy in Olympia, Greece.

Topić narrowly won the prize as she edged out Great Britain diver Andrea Spendolini Sirieix in the votes by 33% to 31%.

Born in Belgrade, Serbia in 2005, Angelina is already ranked among the top 20 high jumpers in the world. The 17-year-old athlete has excelled in 2022 setting a new World U18 record in the high-jump. She has also secured national records at U18 & U20 in the pentathlon and at senior level for the high jump. Topić burst onto the scene when she won gold in the girl’s high jump at the European Athletics U18 Championships Jerusalem 2022.

At the European Championships Munich 2022, Topić made history by becoming the youngest ever medallist in the history of the competition when she claimed the bronze medal in the women’s high jump event.

“I would like to make history in high jump and become one of the greatest ever. My dream is to set world records in each age category and to finalise it by winning a gold medal at the Olympics,” she said.

When asked what it meant to her to win the award, Topić stated, “Both my parents are Olympians, so I had no choice but to be raised with the Olympic values at home from a young age. Winning this award is a dream come true. It has given me extra motivation to train hard and inspire other young athletes to achieve their dreams.”

The EOC Piotr Nurowski Prize for Best European Young Athlete was created in 2011 to remember Piotr Nurowski, the former President of the Polish Olympic Committee who died tragically in a plane crash a year earlier.

The annual prize is awarded to up-and-coming young athletes, who in recent months have showcased not only outstanding sporting achievements but also exceptional conduct on and off the field of play.

Through Nurowski’s example and his memory, the award encourages young athletes to pursue their career in elite sports and encourages future generations to adopt exceptional conduct on and off the field of play. Click here for a list of former prize recipients.