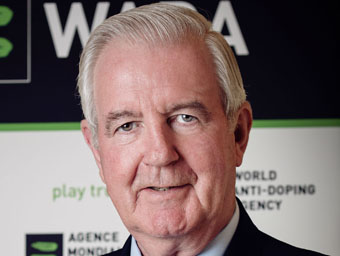 Sir Craig Reedie, President of the World Anti-Doping Agency (WADA), has been awarded the Knight Grand Cross of the Order of the British Empire (GBE) in the Queen’s birthday honours list for services for sport.

Sir Craig is described as “one of the leading global figures in the world of sport” who “has led the fight against doping, tackling high-profile and highly controversial issues across sport”, as stated in the official citation of the award ceremony.

This acknowledgement does nothing but pay tribute to his long-lasting commitment to the furtherance of sport values in his country and abroad. He gave indeed a huge contribution to the Olympic Movement of Europe, serving as EOC Executive Committee Member from 2001-2009. He was also Chairman of the British Olympic Association from 1992 to 2005 and Vice President of the IOC Executive Board, of which he remains a Member today.

“He has led major reform of WADA’s systems and processes, with a particular focus on compliance, investigations and whistleblowing. He has launched ‘Speak Up!’, a new secure digital platform to allow athletes to report alleged anti-doping rule violations”, the citation continues.

Upon receiving the news of his GBE, Sir Craig said: “This is truly a great honour for me and for WADA. It recognizes the important work that we are doing in leading the fight against doping in sport and in protecting clean athletes against cheats”.

Each year, on New Year’s Day and on 9 June (the British Queen’s official birthday), a list of those set to receive honours is published by the British Government. The most common order into which those being honoured are admitted is the Order of the British Empire, instituted by King George V in 1917 as a way of marking civilian achievement. The GBE is the highest of the six ranks in the order and is presented for exceptional service. It is rare – typically only one or two are given out each year.