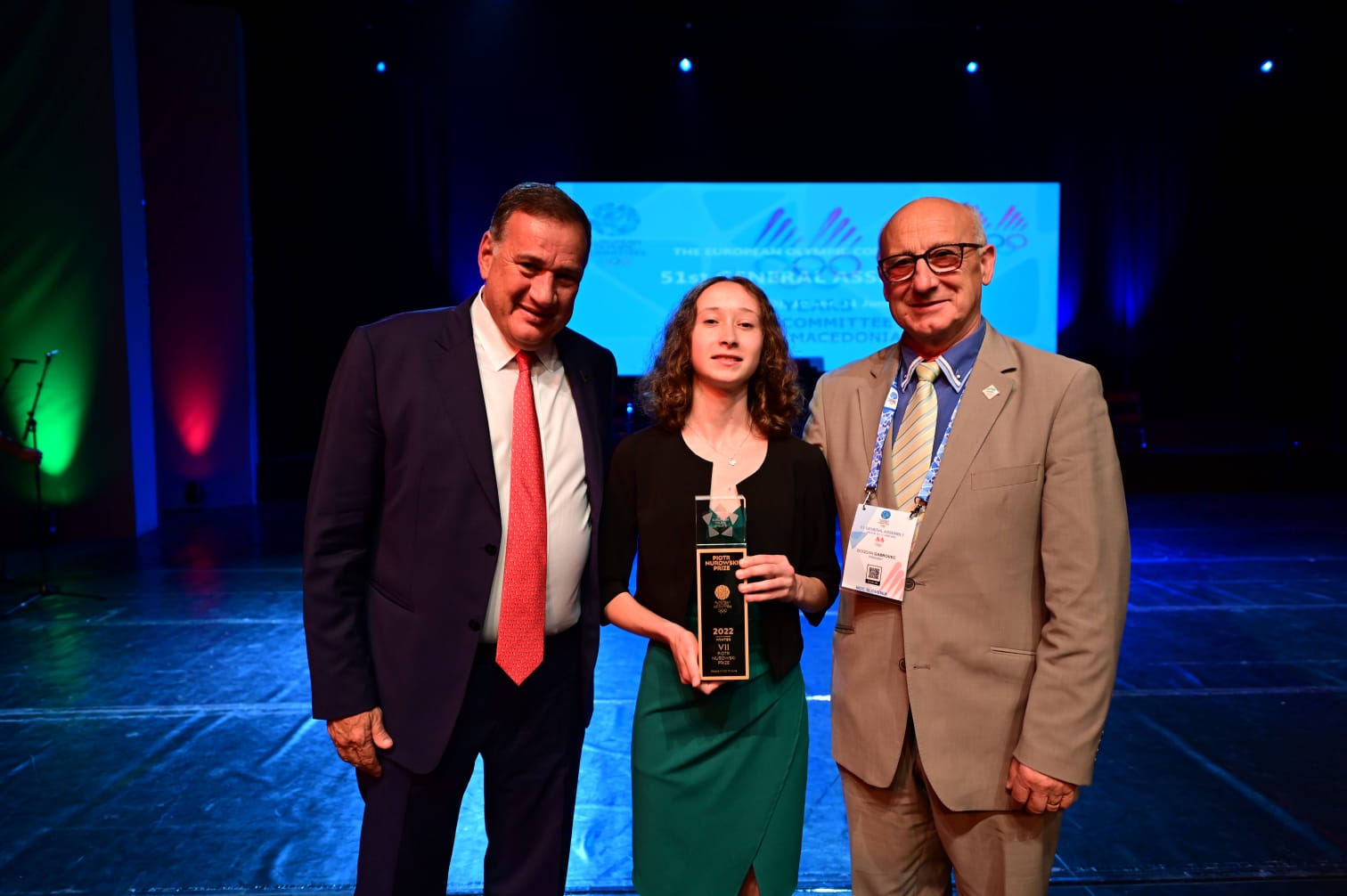 Ski jumper Nika Prevc has been announced as the winner of the 7th Winter Edition of the Piotr Nurowski Prize (PNP) for the Best European Young Athlete, following a vote by NOCs at the 51st EOC General Assembly (10-11 June) in Skopje, North Macedonia.

The announcement was made at yesterday’s Gala Dinner at the National Opera Ballet, which was hosted by Olympic Committee of North Macedonia on the occasion of its 30th anniversary.

Prevc is considered one of Slovenia’s most exciting talents, and showed the EOC family why at this year’s European Youth Olympic Festival (EYOF) Vuokatti 2022 where she won gold in both the individual and mixed team ski jump competitions.

An exceptional season for the young star saw Prevc win gold in the individual team event at the 2022 FIS World Junior Championships in Norway, as well as silver in the mixed team. Prevc made her senior debut in November 2021, and had an impressive first World Cup season, including a top 10 finish with seventh place on home soil in Ljubno ob Savinji.

The EOC Piotr Nurowski Prize for Best European Young Athlete was created in 2011 to remember Piotr Nurowski, former President of the Polish Olympic Committee who died tragically in a plane crash a year earlier. The annual prize is awarded to rising stars who have demonstrated both outstanding sporting achievements and exceptional conduct on and off the field of play.

Through Nurowski’s example and memory, the award encourages young athletes to pursue their career in elite sports, and inspires future generations to adopt an exceptional conduct on and off the field of play. Click here for a list of former prize recipients.