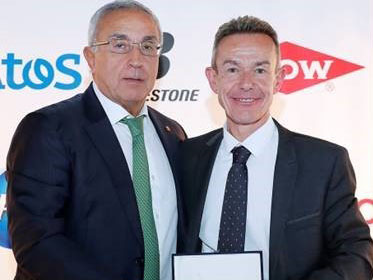 A delegation from the Spanish Olympic Committee (COE) presented “CONPaas”, a pilot project supported by IOC Olympic Solidarity, at the EOC Headquarters in Rome on 12 March.

CONPaas is a shared platform that provides the NOCs with advanced tools and services, from data management and documents filing to the creation of an Olympic digital library.

COE Secretary General Victoria Cabezas and COE IT Manager Manuel Pastrana introduced the initiative to the EOC Team, with the aim of extending it to the National Olympic Committees of Europe and later worldwide.

Done by NOCs for NOCs, the idea would be to build a common virtual space that each and every NOC can access and feed with information related for instance to their athletes and officials, their internal organisation or the medals won at an Olympic Games.

The outcome will be the implementation of an Olympic movement’s living database, which will be updated on a real time basis and will strengthen, promote and improve bibliographic management practices.

With the concept “togetherness makes strength”, the NOC of Spain wants to prove that sharing knowledge is the key to the development and success.

For the time being, the project has received interest from over 20 Spanish and Portuguese speaking NOCs, including Mexico, Chile as well as as Portugal and Andorra.

A brief presentation of the project will be delivered at the EOC Seminar in Vienna, where all the 50 National Olympic Committees will gather on 18-19 May.