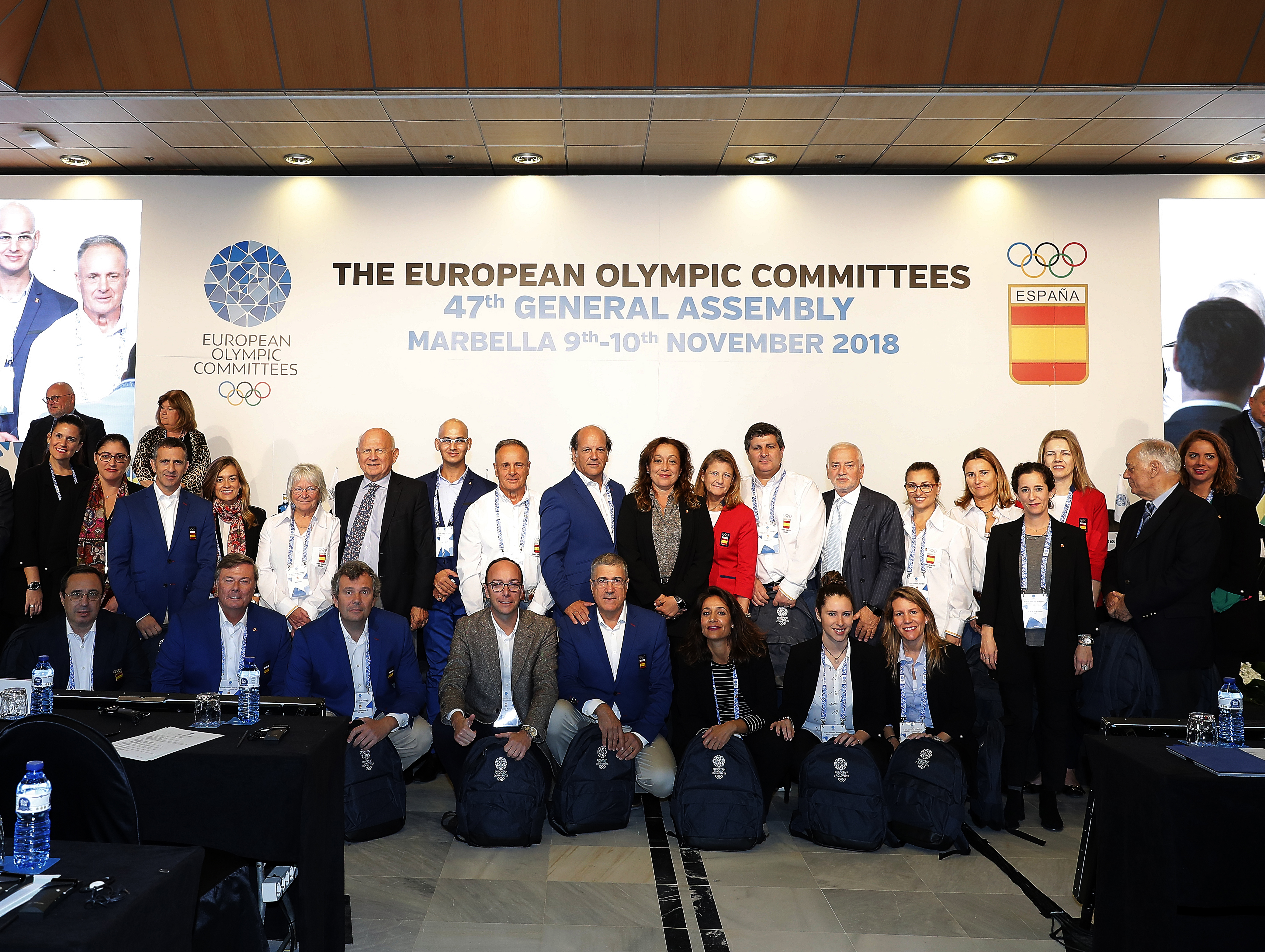 The 47th General Assembly of the European Olympic Committees (EOC) wrapped up today in Marbella, following 2 days of discussions.

Today’s highlight was the approval of the northern Italian region of Friuli Venezia Giulia as the host of the 2023 Winter European Youth Olympic Festival. The bid organisers said they aim to use the EYOF to create “a lasting social, economic and sport legacy, and for sustainability to support youth, education and culture through sport and the Olympic values.”

Moreover, IOC President Thomas Bach commented the very filled “European Sport Year” ahead by saying: “You in Europe have a great opportunity to show this next year with your European Games, European Youth Olympic Festivals, and the Games of the Small States of Europe,” the IOC President said. “It is a unique opportunity to present all European citizens with the future of sport, the next generation of athletes, and new ways to experience sport in modern times.”

Bach went on to say that sport is an anchor of stability in the world and those working in the Olympic Movement have a responsibility to uphold this. “In order to ensure stability in the future we need to make changes now,” Bach said. “When we adopted Olympic Agenda 2020 the idea was to change or be changed. And that is as true today as it was then.”

Debates also included a presentation on the New Leaders sport leadership programme by the Finnish Olympic Committee, which aim is to balance men and women participation.

“As IOC President Thomas Bach said earlier, we are facing big challenges, and the best way to face them is with good leadership, not only now but in the future,” said Finnish Olympic Committee Honorary President Roger Talermo during a presentation about the programme. “We have more women than men selected to participate, but this is good as we need more female representation in the world of sport.”

A call for participation was issued to all 50 ENOCs and 51 applications (36 females, 15 males) from 27 countries were received. In the end, 30 participants (19 women, 11 men) from 25 countries were selected for the programme.

More information on the New Leaders programme can be found here.

A report from the World Anti-Doping Agency (WADA) was also delivered by the Director of the European Regional Office and IFs Relations Sebastien Gillot.

EOC President Janez Kocijančič brought the General Assembly to a close by thanking the Spanish National Olympic Committee and all the volunteers for their hard work and dedication in delivering an excellent event.