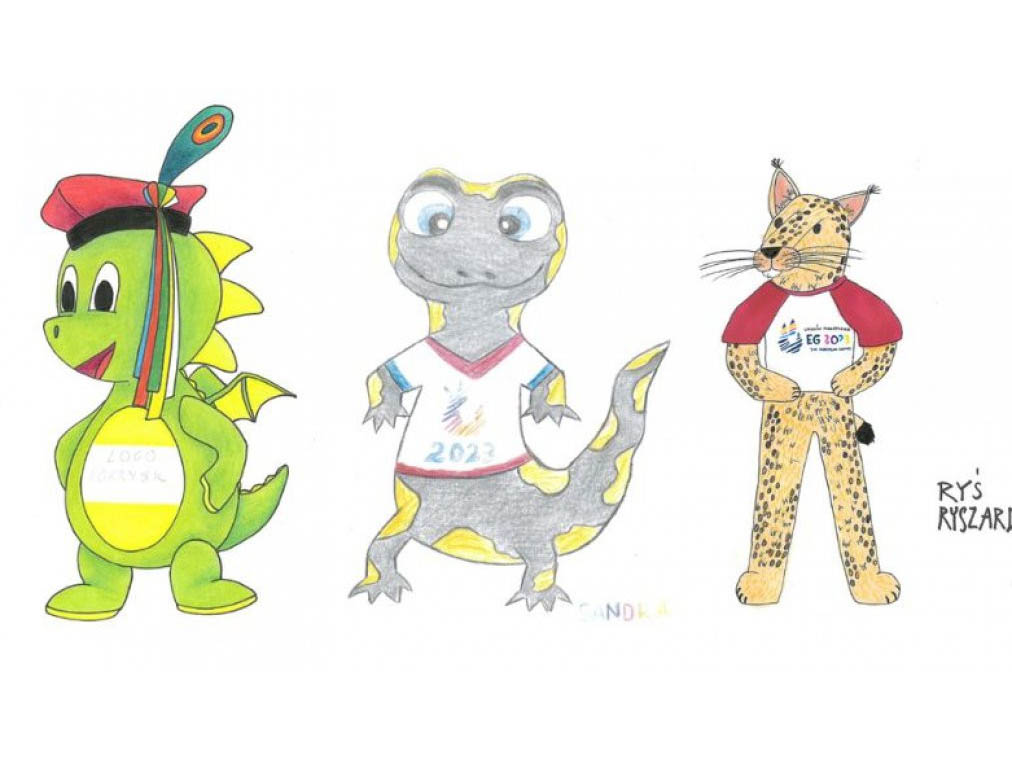 The European Games Krakow-Małopolska 2023 Organising Committee has chosen three outstanding designs from the mascot competition featuring a dragon, a lynx and a salamander.

“Ryś Ryszard”, the lynx, and “Salamandra Sandra”, the salamander, were both drawn wearing a t-shirt highlighting the Kraków-Małopolska 2023 logo, while “Smok Wawelski”, the dragon design, has a designated space on the stomach for a logo. Click here to vote your favourite one!

The initiative, which received over 2,400 entries, was open to young people aged 5-15 across the continent. The public can cast their votes to select the winner on Facebook, with polls closing tomorrow, 13 October, at 1pm CET.

In addition to being the creative force behind a key symbol of this major sporting event, the winner of the contest will be invited to both the Opening and Closing Ceremonies, where they can enjoy VIP treatment, with their family, at the Municipal Stadium in Krakow. And the prizes don’t stop there; the winner will also receive a personalised mascot inspired by their design and a package of official European Games 2023 merchandise.

The European Games takes place from 21 June – 2 July 2023, where the continent’s elite level athletes will compete in 25 sports.