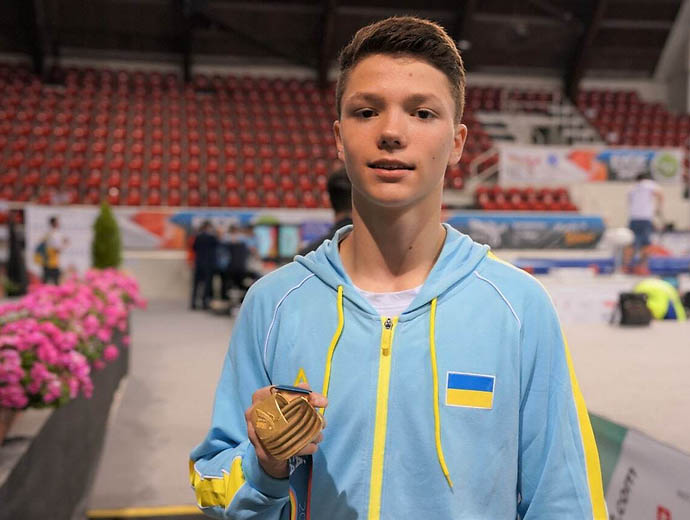 At the conclusion of a gripping day of action on day two, Ukraine secured their first medals at the European Youth Olympic Festival (EYOF) Banská Bystrica 2022 (EYOF) when judoka Nazar Viskov won bronze in the boys 60kg weight category and, soon after, Radomir Stelmakh won gold in the boys individual all-around gymnastics competition. 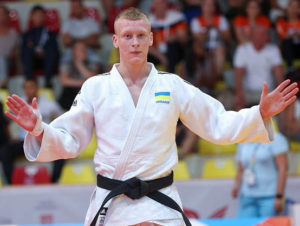 At the Artistic Gymnastics Stadium, based in the city centre of Banská Bystrica, Stelmakh displayed his mental fortitude on the parallel bars with a score of 13.600, which was the second highest score in that segment of the event, to claim the coveted gold medal from Italy’s Riccardo Villa. Stelmakh, from Zaporizhzhia, Ukraine, showcased his skills in the floor exercise event with a strong opening score of 13.550. Throughout the competition he personified class and was able to maintain his composure in difficult moments. Stelmakh finished the competition with an impressive total score of 79.90 to win Ukraine’s first gold medal in Slovakia.

Judoka Viskov became the first medallist for Ukraine in Banská Bystrica, as he produced an inspirational display to outlast his competition. His performance was filled with courage, endurance and determination in key moments, as he set the tone for his nation.

Speaking at the end of day two, EOC President Spyros Capralos said, “I am delighted to see our young Ukrainian athletes not only compete, but win medals for their country during a challenging time. They demonstrated great sportsmanship and skill whilst winning their medals. The experience they have gained at this event will fill them with confidence, and inspire them to continue their journey of one day becoming medallists at the Olympic Games. The EOC is proud to see them participate here in Banská Bystrica and I look forward to seeing their team accomplish more success this week.”

There are a total of 46 Ukrainian athletes competing at the EYOF Banská Bystrica 2022. The rest of the team will be able to draw inspiration from the performances of Stelmakh and Viskov during the rest of the competition, which you can follow closely via the EOC social channels, and via the livestream of events on the EOC Channel!