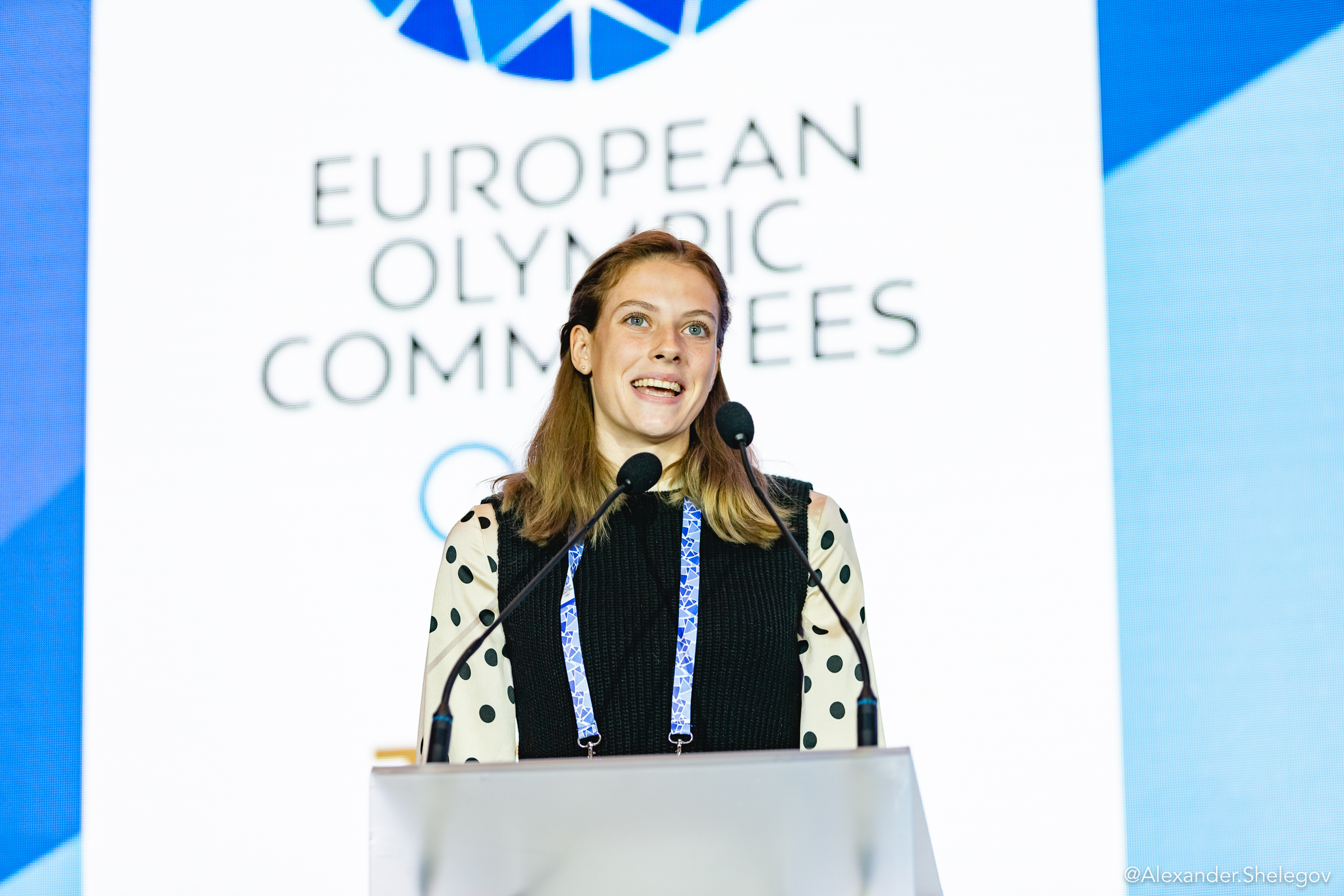 The announcement was made during centenary celebrations for the Polish Olympic Committee at the Great Theatre-National Opera, which was attended by IOC President Thomas Bach, EOC President Janez Kocijančič, EOC Secretary General Raffaele Pagnozzi, and representatives of the 50 European National Olympic Committees (ENOCs).

Mahuchikh was presented with a €15,000 scholarship to help with her training and education. The second and third-place finishers secured €8,000 and €5,000, respectively. The two athletes who finished joint fourth, meanwhile, both received €3,000.

The EOC Piotr Nurowski Prize for Best European Young Athlete was created in 2011 to remember Piotr Nurowski, former President of the Polish Olympic Committee who died tragically in a plane crash.

Through his example and his memory, the award encourages young athletes to pursue their career in elite sports, and inspires future generations to adopt an exceptional conduct on and off the field of play. Click here for a list of former prize recipients.

The Gala, which was streamed live on the EOC Channel, featured a look back at not only the storied history of Polish Olympians but also of the last 125 years of the Olympic Movement, from the founding of the IOC in 1894 by French Baron Pierre de Coubertin through to the Olympic Winter Games PyeongChang 2018.

“It is a great honour to be here with you tonight to celebrate the 100th anniversary of the Polish Olympic Committee,” said IOC President Bach. “With over 300 Olympic medals won, your athletes personify the heart of this remarkable Olympic Movement … For over a century the Polish Olympic Committee has spread the Olympic values of excellence, friendship and respect across the country.”

EOC President Kocijančič said: “The Polish people are living the Olympic values with all their heart. Poland can be proud of its athletes and Europe can be proud of Poland.”

Also during the gala, Polish hammer thrower Anita Włodarczyk, a four-time European gold medalist, four-time World Champion and two-time Olympic Champion, was awarded her gold medal from the Olympic Games London 2012 by IOC President Bach. Włodarczyk, who defended her title at Rio 2016, initially finished second in London but was reassigned gold following the doping disqualification of the original ‘winner.’

Earlier, the two-day EOC General Assembly wrapped up with reports on the activities of the World Anti-Doping Agency (WADA), the 2019 Montenegro Games of the Small States of Europe, and this year’s European Youth Olympic Festivals (EYOFs) in Sarajevo & East Sarajevo (winter) and Baku (summer). This was followed by updates on 2021 EYOFs in Vuokatti (FIN) and Banská Bystrica (SVK).

Borjomi and Bakuriani (GEO) and Brno (CZE) were announced as Candidate Cities for the winter and summer editions, respectively, of the 2025 EYOFs.

In addition, Istanbul was named as the location for the 49th EOC General Assembly in 2020, with Athens getting the nod for the 50th edition in 2021.