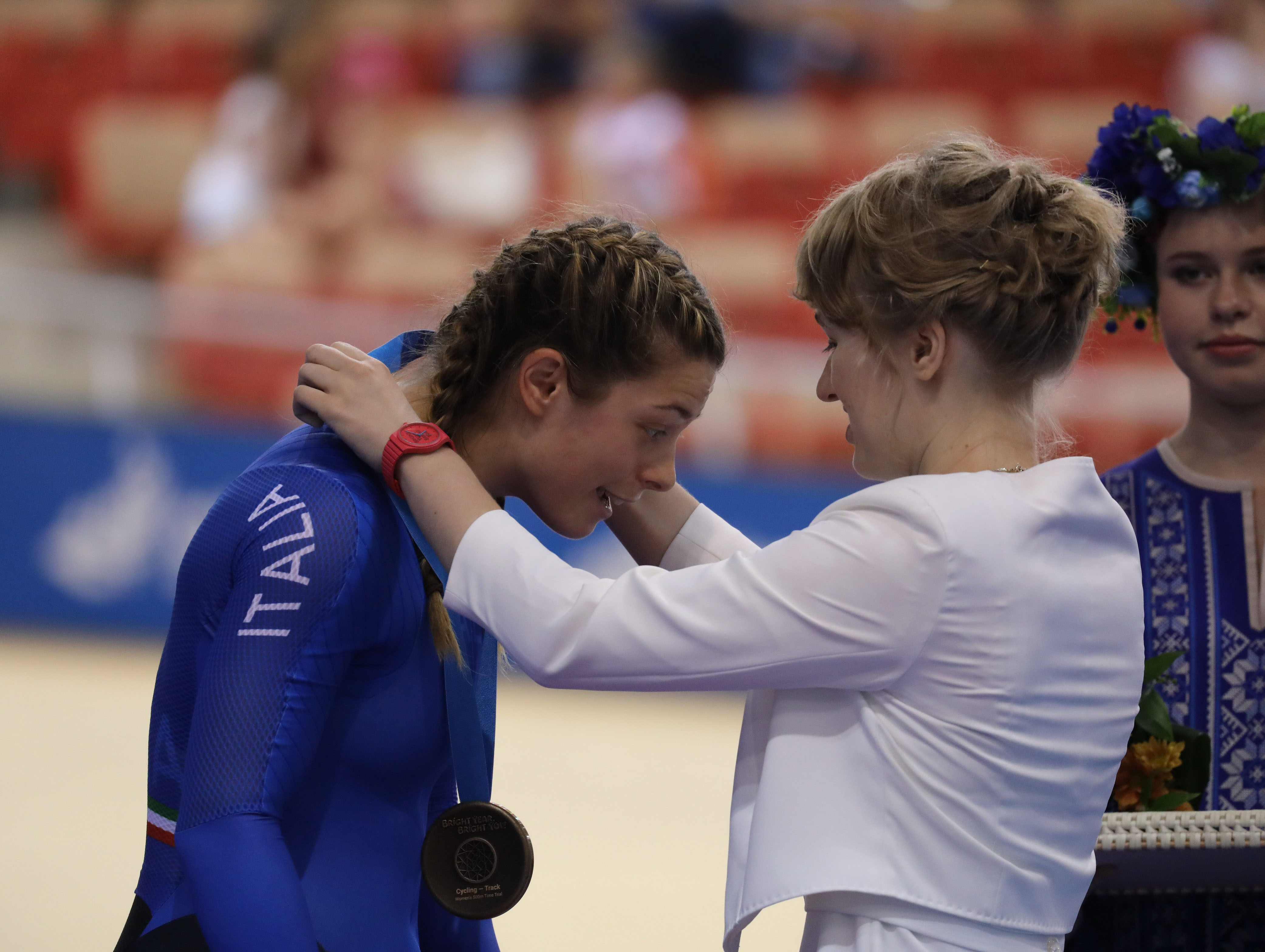 Aliaksandr Bahatka and Maryia Aniskovich were two out of 7,800 volunteers chosen to present the medals to the athletes at the Gymnastics and Cycling Medal Ceremonies today, 30 June. The EOC became the first sports organisation to give volunteers this honour and recognition.

The medals are usually presented by National Olympic Presidents and Secretary Generals, but the EOC was keen on changing the tradition at the 2nd European Games Minsk this year, to reward two exceptional volunteers for their hard work and dedication at the Games.

“The two students stood out thanks to their devotion, enthusiasm towards the volunteer movement and sincere interest in the job,” said Nadine Anisovets, Head of Volunteer Department of Minsk European Games Organising Committee (MEGOC).

“They were always ready to help, while remaining friendly and tactful towards all guests, personnel and other volunteers. Thanks to their team-spirited attitude, they are more than deserving of this honour,” she said.

The 19-year-old Aliaksandr Bahatka, who is a student of Radiophysics at the Belarusian State University, awarded the athletes this afternoon at the Gymnastics Ceremony at the Minsk Arena.

“It was crazy! The atmosphere at the venue was awesome, and I feel so proud to represent MEGOC 2019,” said Bahatka, who volunteered at the Dinamo stadium assisting MEGOC at the athletics events. “I was so surprised when they told me I was presenting the medals, because I didn’t know that volunteers could do this. I called my mum right afterwards, and she was so proud.” 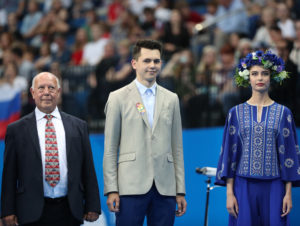 Bahatka was accompanied by Maltese Olympic Committee Secretary General Joseph Cassar, who awarded the athletes with flowers instead.

“This idea would be a concrete way to pay tribute to the great job volunteers usually do at any Games,” Cassar said. “I am sure that most organisations will follow this EOC’s initiative.”

The 21-year-old Maryia Aniskovich, who presented the medals at the Cycling Ceremony at the Velodrome Arena, echoed her colleagues words:

“I felt a little bit nervous, because it is the first time in the history of the Games that volunteers got to do this, so it was such a great pleasure for me, and I am very excited. The whole Games was such a wonderful experience, because everything was so well-organised at the venues, and all the foreigners I talked to were also very happy,” she said.

Aniskovich, who is a student of World Economy at the Belarusian State University, volunteered at the Falcon club as part of the EOC Family cultural programme. While she presented medals, IOC Member and Hellenic Olympic Committee President Spyros Capralos presented flowers.

Both volunteers already assisted MEGOC during the preparatory period of the Games for the test events, such as sambo, boxing, gymnastics, ISU European Figure Skating Championships 2019, as well as sport draws and diplomatic briefings for the 2nd European Games.