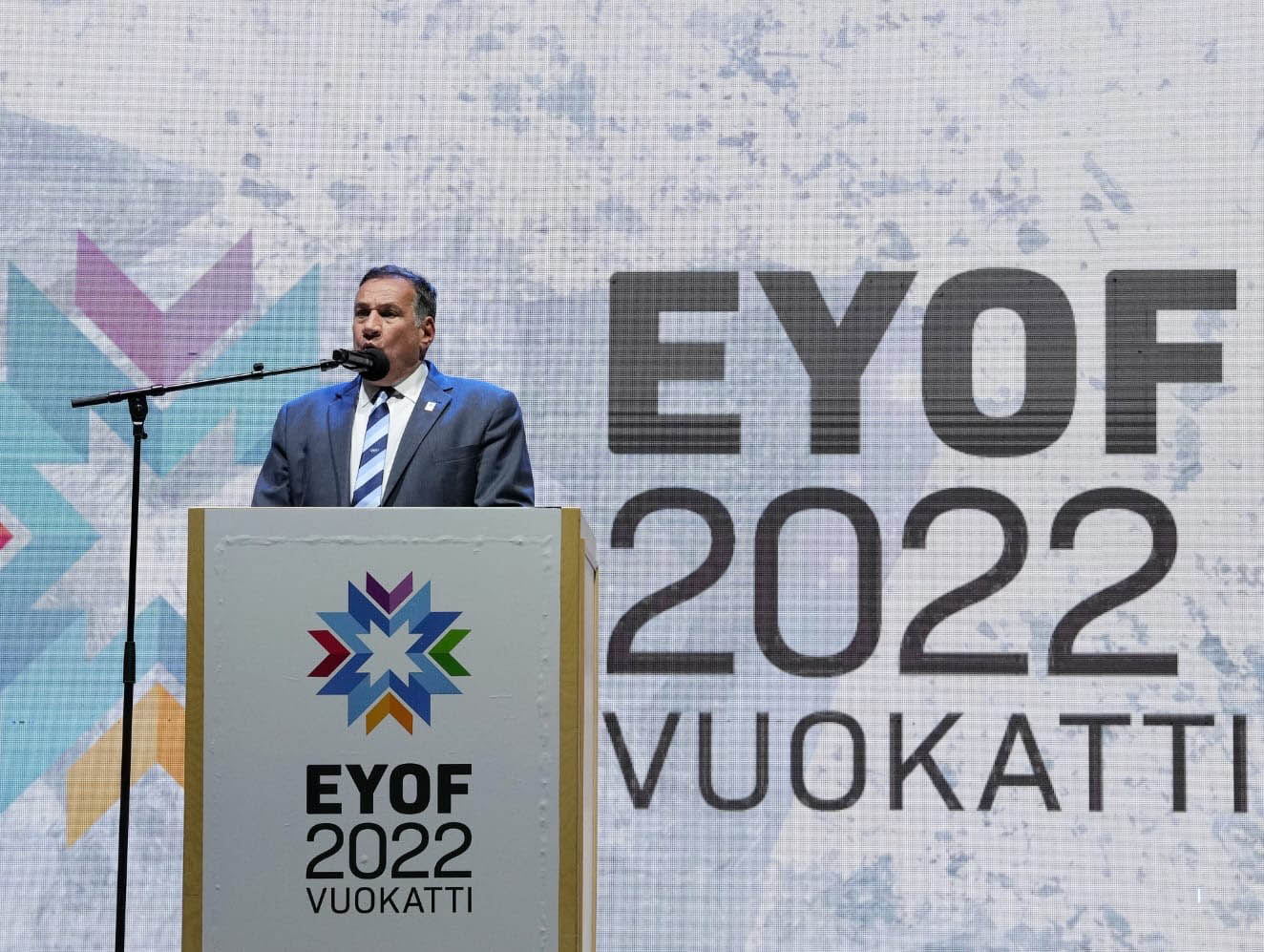 The Opening Ceremony of the Winter European Youth Olympic Festival (EYOF) lit up the stunning city of Vuokatti, where Europe’s stars of the future have gathered for a magical celebration of winter sport.  The European Olympic Family is united in Finland with a shared ambition to spread the Olympic Values amongst the next generation, and to rejoice in the diversity of the continent.

The event was held in the Vuokatti Areena, which is the main Athletes’ Village and home to the majority of EYOF competitions. The official start of the event featured a series of entertaining musical and dance performances, reflecting the youthful exuberance that makes the EYOF unique.

The 15th edition of the Winter EYOF is set to achieve gender equality for the first time in the event’s history. The inclusion of girl’s ice hockey and Nordic combined ensure that there is gender balance amongst the near 1,000 participants, marking a major step in the EOC’s ambition to promote equal opportunity in all areas.

Athletes from 44 countries entered the Vuokatti Areena as part of the Opening Ceremony’s Athlete Parade, which began with the Olympic tradition of Greece entering first. The entrance of the Ukrainian delegation marked the most special moment of the night, with the emotion of everyone in attendance palpable.

During his welcoming address, EOC President Spyros Capralos said, “As we meet here today, our minds are on the devastating war in Ukraine. I say with deep sincerity that our hearts go out to every single person affected by this crisis. We are urgently praying for peace. We stand firmly in solidarity with Ukraine and we are honoured to have a delegation of 26 Ukrainian athletes here with us. The support of the European NOCs to make this possible is greatly appreciated, particularly that of the Finnish Olympic Committee.

Turning to the importance of the EYOF for the future generation of European athletes, Capralos added, “The EYOF is about bringing together the youth of Europe in peaceful competition embracing the Olympic values of friendship, excellence respect. Athletes will get a first taste of the Olympic experience, including living together in the Athletes’ Village and interacting with our Young Ambassadors. I want to thank everyone who made this EYOF possible!”

The President of Finland Sauli Niinistö officially declared the event open, saying, “Welcome to the Vuokatti 2022 European Youth Olympic Festival. After a long wait, over 2,000 participants from all over Europe have gathered here. None of you would be here without hard work and dedication. You have every reason to be proud of yourselves. I hope you remember to enjoy the occasion. Sport is not only about winning, it is about striving to do your best, achieving your goals, and building friendships. I wish you the best of luck and I now declare the Vuokatti 2022 European Youth Olympic Festival open!”

Earlier in the evening, President of the Vuokatti 2022 Organising Committee Mika Kilpeläinen delivered a welcome address, saying, “The flame being lit tonight is a Flame of Peace. As we know, the past weeks have changed Europe and changed the sport movement. The spirit of peace is needed now more than ever. Besides peace, the flame symbolises the Olympic Values of excellence, respect friendship. Dear athletes, this is a once in a lifetime experience. Today is your turn to shine.”

After the address from President Niinistö, representatives of athletes, referees, and coaches declared the EYOF Oath. The Flame of Peace was then carried by Finnish biathlete Kaisa Mäkäräinen and skier Matti Heikkinen and passed on to skier Vilma Nissinen, who finally lit the cauldron.

Athletes competing in this week’s event are seeking to follow in the footsteps of the European stars of the Olympic Winter Games Beijing 2022. NOCs of Europe returned home with approximately 70% of the overall number of medals, marking an increase of +8% compared to PyeongChang 2018. The performances of 12 gold medallists in Beijing, who are former EYOF champions, will have been particularly inspiring to athletes competing in Vuokatti 2022 and further demonstrates the critical importance of the EYOF.