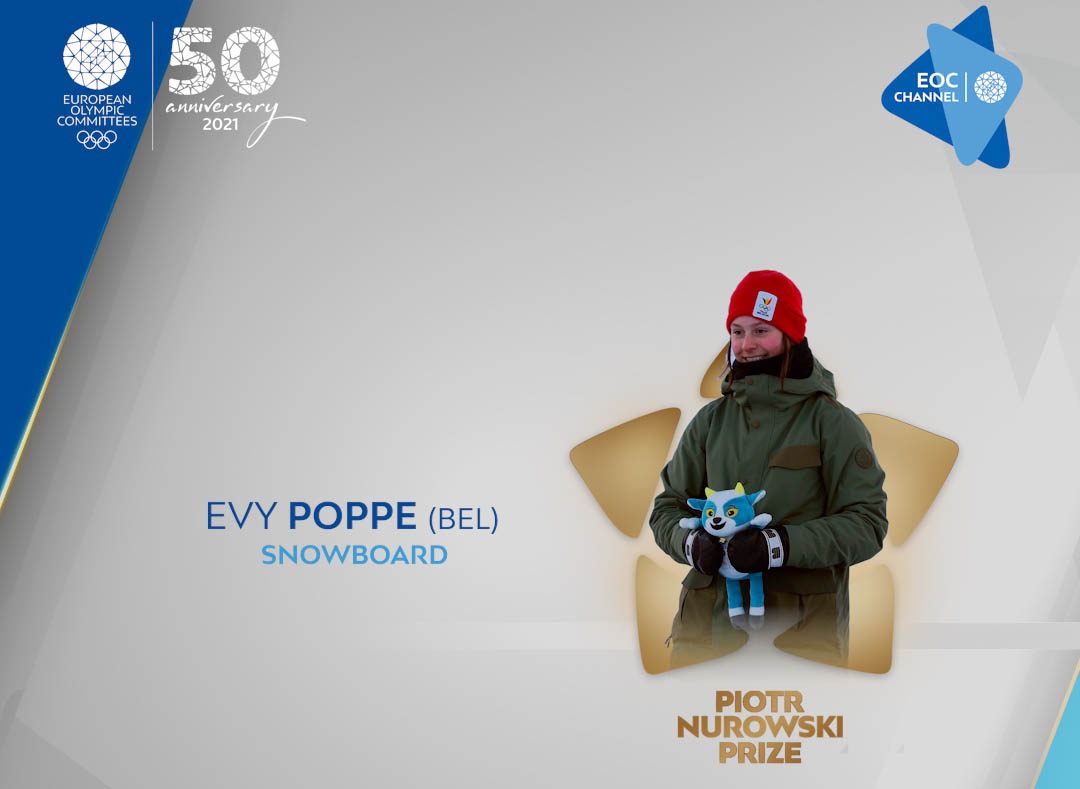 Born in Ghent, Belgium in 2004, Evy got her first taste of snowboarding when she was only 4 years old. After riding in the mountains with her family, she joined a local snowboarding club at the indoor snow hall in Terneuzen and started training her freestyle skills. From there she began competing at local, national and international competitions.

“I love snowboarding because everyone has a different style and it is simply the most beautiful part of it,” Evy says.

She earned her PNP nomination after clinching a gold medal in slopestyle at the Winter Youth Olympic Games (YOG) Lausanne 2020, where she became Belgium’s first gold medallist at the YOG, while extending the country’s achievement of medalling at all three winter editions to date.

After this memorable accomplishment she kept the YOG logo as a screensaver on her mobile phone for over a year, as she wanted to remind herself every day that hard work brings success.

When asked why she snowboards, Evy says she simply wants to excel in her sport and ultimately become one of the world’s top snowboarders competing at the highest levels.

“If I should win this prize, I think it would be the culmination of a fantastic season!,” Evy says about the PNP.

Find out more about Evy by watching this video!