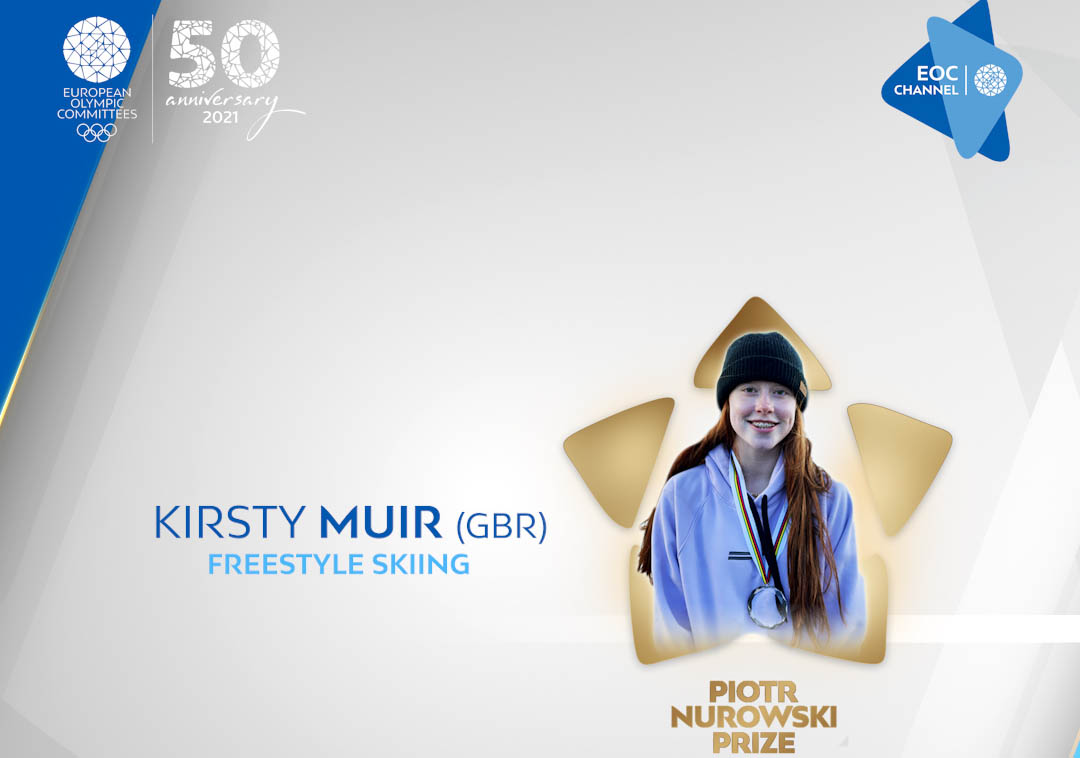 “I first started skiing when I was 3 on family holidays. I was 6 or 7 when I started freestyle,” says Kirsty. “There’s a freestyle slope … where I started skiing and I saw a lot of the kids doing that and it really inspired me and made me want to try it.”

“All I’ve ever wanted to do was to ski, keep improving and then I started doing competitions. I like being in the air and on the rails, being creative and making combos.”

After a number of impressive performances at domestic events, in 2018 Muir was the recipient of the prestigious ‘Spirit of Sarah Scholarship’ – an award named in honour of freestyle skier Sarah Burke, who died in a ski accident in 2012, becoming the first European skier to win the award.

Asked why she likes freestyle skiing, Kirsty answers: “For some people I guess it might be scary and for me it can be scary at some points, but I really enjoy being in the air. I know I’m only there for a second but whilst I’m there and when you land a trick or a grab you’ve been working on that’s really nice.”

The nomination for the PNP follows a string of fantastic results from the Team GB freestyle skier, including a 1st place finish at the Europa Cup Snowboard and Freeski Slopestyle in Livigno, Italy in 2019 and second place at the Freestyle Junior World Ski Championships in Klaeppen, Sweden.

“I was super excited when I was selected for the YOG. It was a real honour to represent Team GB, meeting new athletes from Team GB but also from around the world. It was an amazing experience.”

Team GB Chef de Mission at Lausanne 2020 Georgie Harland has this to say about the talented young athlete: “Kirsty Muir not only lived the Team GB values of pride, respect, responsibility and unity but also the Olympic values of excellence, friendship and respect.

“Kirsty is a deserving nominee for this award and developed both on and off the field of play during Lausanne 2020 and undoubtedly has an exciting career ahead.”

Find out more about Henry by watching this video!